Per the SPC Database, a total of 44 tornadoes were confirmed on November 15, 1988. Three were rated F3 and per Thomas Grazulis in Significant Tornadoes, the tornado we are looking at in this summary should also have been rated F3. Officially though, it was given an F2 rating. It had a long, skipping path of 49 miles.

The tornado began near US Highway 167 in eastern Saline County. It moved NE north of Wrightsville destroying two homes and damaging five others. Two people were injured in this area. The tornado moved across the Arkansas River and over the western end of Old River Lake. Tragically, Randall and Kristi Dycus and their infant son, Waylon were killed in a mobile home off Old River Drive.

The tornado made its way over Highway 161 and damage “became light and spotty.” As the tornado pressed through Scott, it destroyed 20 mobile homes and 20+ houses. 50 of the total 60 injuries occurred in Scott. The tornado then took aim at Lonoke.

Between Scott and Lonoke, the NWS noted that the tornado “lifted from the ground at times as the damage path was not continuous.” Just west of Lonoke, a minnow farm was heavily damaged. As the twister passed through the northwest side of Lonoke, 12 homes were destroyed and 60 more were damaged. There was significant damage to a major department store, a grocery store and a grain silo.

The tornado moved over Interstate 40.  Robert and Juanita McCain were killed as the van they were driving was picked up and thrown. The survey found the final damage in the Hickory Plains area.  Several trees were downed.

Here is a newspaper clip about the 5 fatalities from this tornado event: 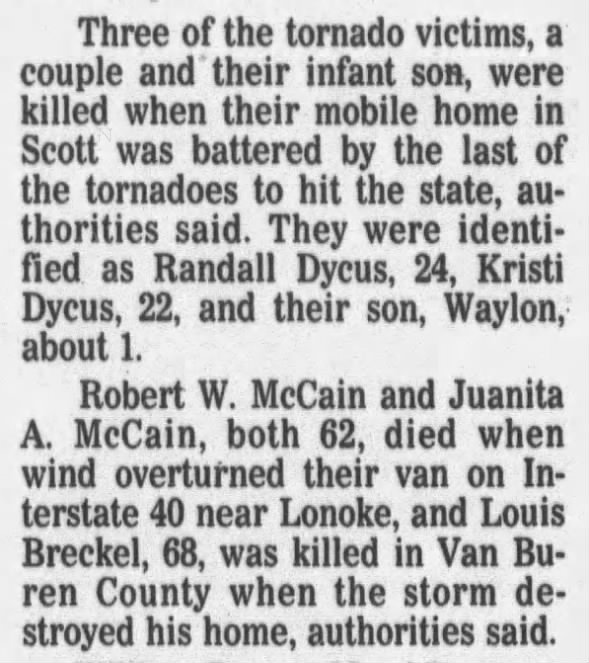 Corrected Coordinates based on damage descriptions:

Photo of the destroyed Walmart in Lonoke 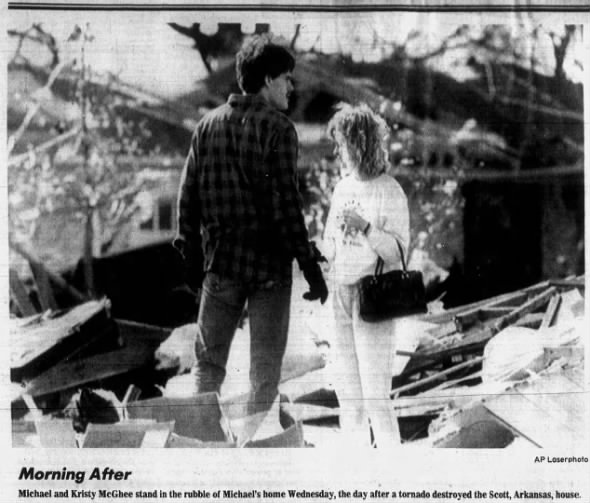 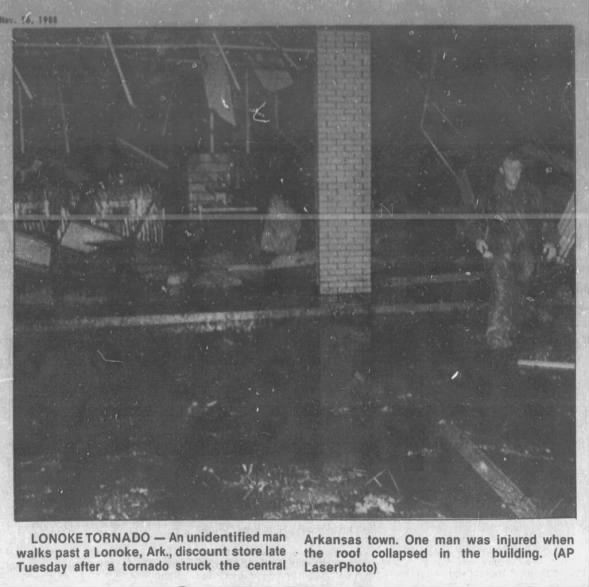 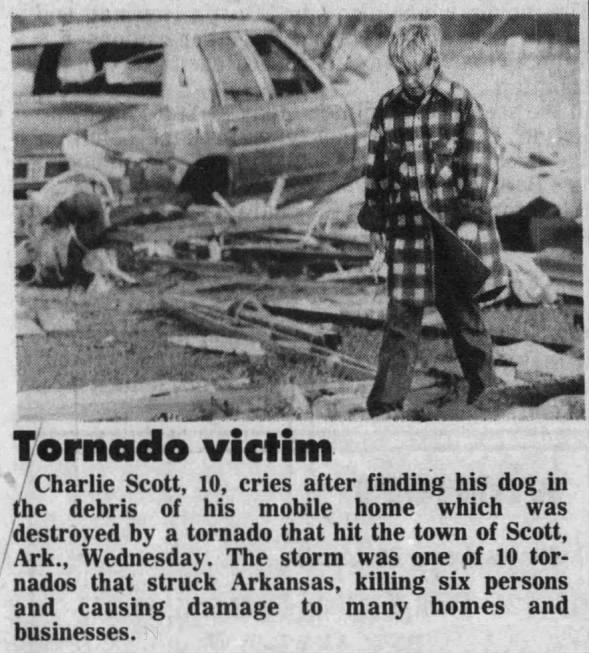 We gathered information for this event from the SPC & NCDC Databases, the November 1988 Storm Data Publication and Thomas Grazulis in Significant Tornadoes and found the following differences: