This tornado made a quick jaunt of nearly 4 miles just north of Scottsbluff, NE on July 26, 1993.  It was the strongest tornado of 6 that were confirmed on this day.  Three F0s occurred in parts of South Dakota.  There were 2 in Pennsylvania: An F0 and an F1.

A furniture store was destroyed and 6 people inside were injured.  Per an article in The Des Moines Register, “People hung onto furniture legs and watched couches fly overhead as the tornado struck the store.”  The article also mentioned that 4 people were injured in car accidents as they tried to “steer clear of the tornado’s path.”

Per Storm Data, 6 homes were destroyed in a subdivision.  As the tornado moved east away from Scottsbluff, 2 more homes and a quilt shop was heavily damaged. 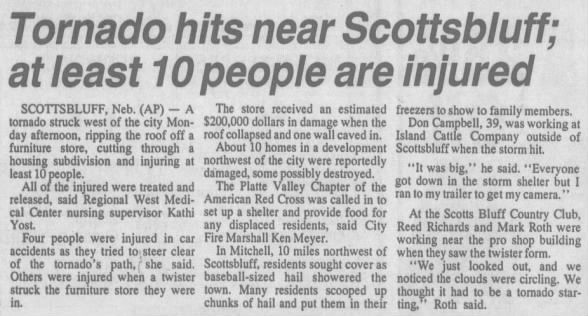 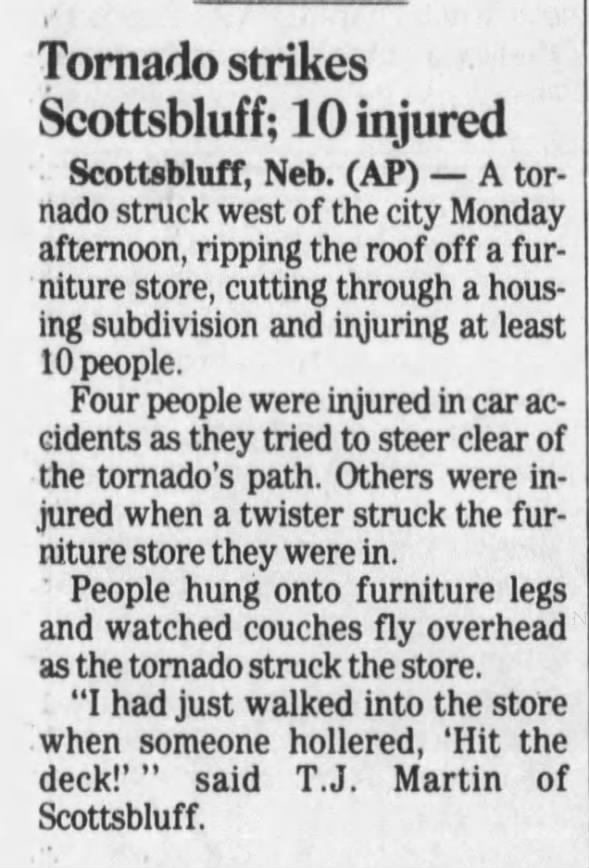 We gathered information for this event from the SPC Database, the July 1993 Storm Data Publication and Thomas Grazulis in Significant Tornadoes and found the following differences:

Note:  There was no NCDC entry for this event.