During the early morning of December 6, 1983, an F3 tornado crossed through parts of Dallas County, AL in the Selma Area. It developed near Alabama Highway 22 west of Selma and moved northeastward for 13 miles. At least 103 structures were damaged/destroyed along the path. 30-40 vehicles at a new car dealership were destroyed.

Numerous units at The Rangedale Housing Project in Selma were demolished. There was one fatality here. Clarence Chappell was asleep when the tornado hit. Here is the report from the Alabama Journal on December 7, 1983: 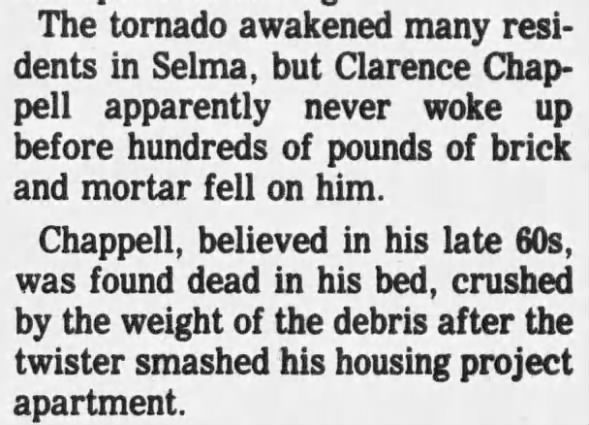 A dormitory at Selma University was struck by the twister. 50 students were occupying the dorm at the time.  Seven students received minor injuries when the roof and parts of the second floor of their dorm was destroyed. Near the university, West Side Junior High School sustained damaged as well as several homes and a convenience store. 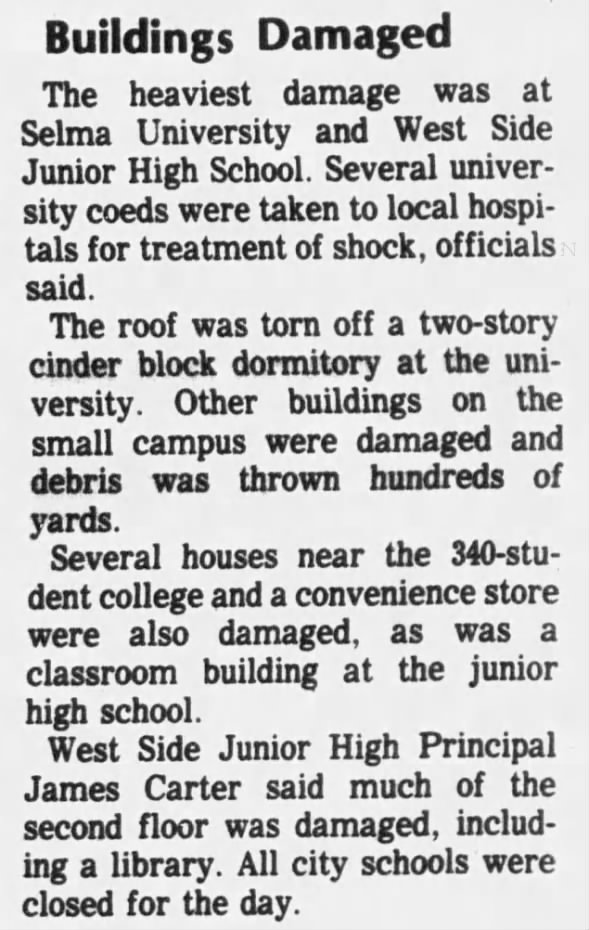 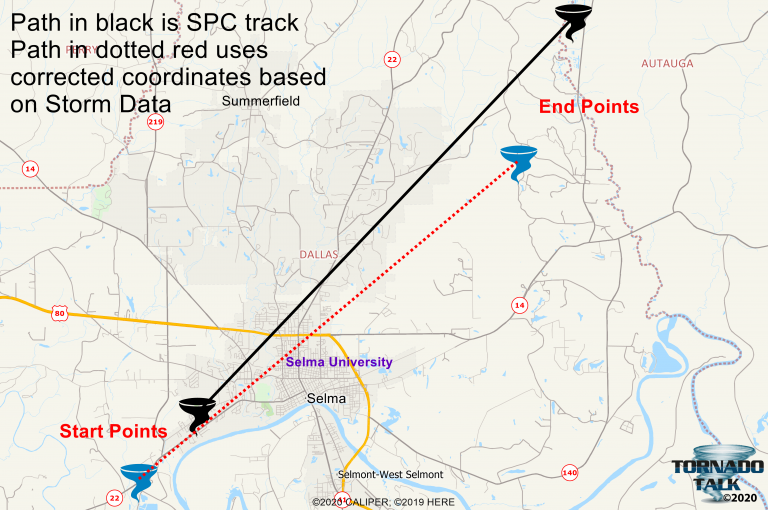 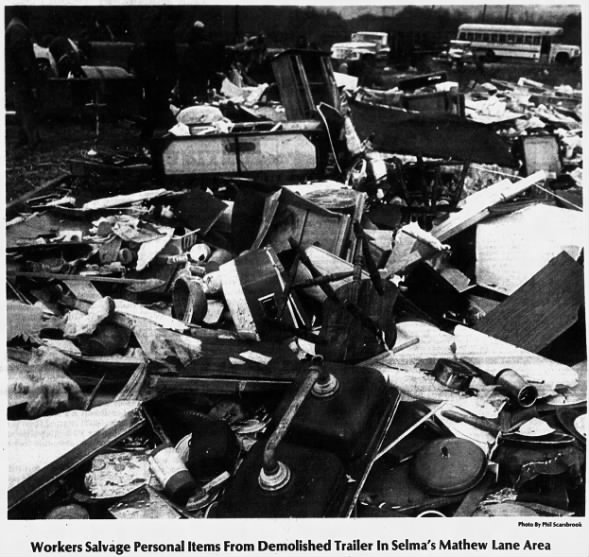 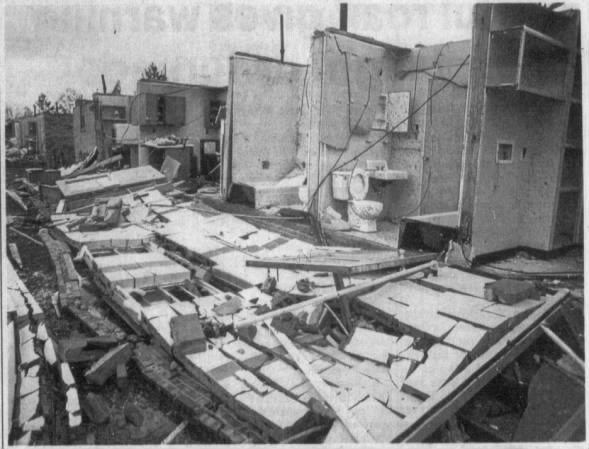 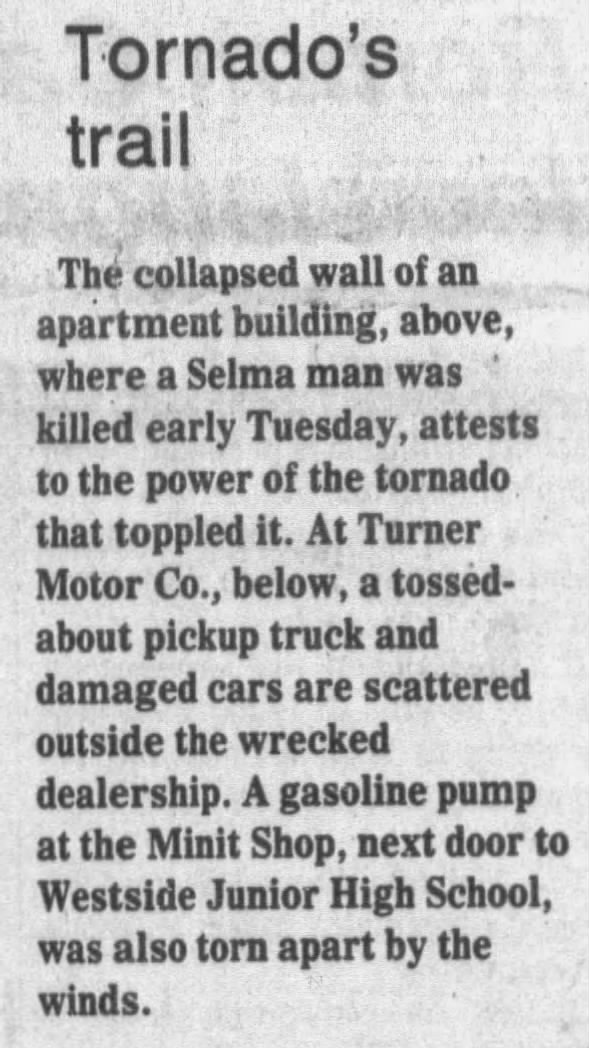 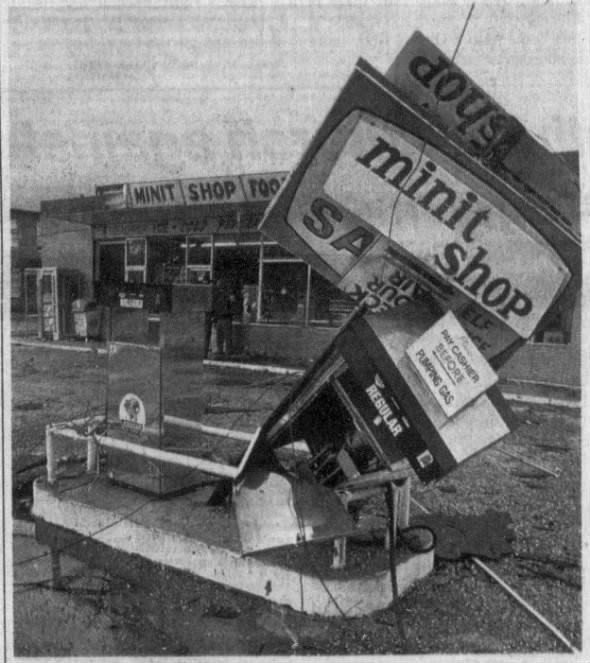 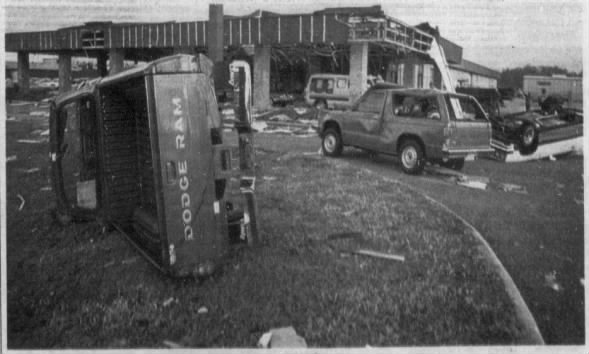