On This Day: September 11

A quick-hitting F3 tornado (another from Hurricane Carla) struck Channelview, TX on September 11, 1961. 22 were injured. 18 homes and 6 commercial buildings were destroyed. Read the full summary here! 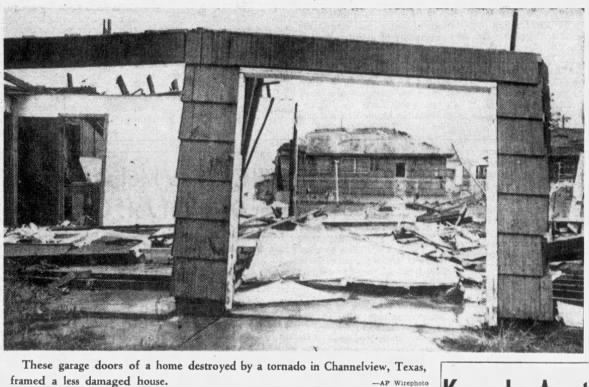 September 11, 1885: An estimated F3 tornado moved NNW near Ord, NE. Many buildings were destroyed and two were killed in one home.

On September 11, 2001, Hurricane Erin paralleled the east coast of the United States. Sadly, the satellite imagery taken of the hurricane also showed the smoke rising from the Twin Towers after the terrorist attack in Manhattan. Source.

On the morning of September 11, 2001, al-Qaeda terrorists hijacked four aircraft over the skies of America and flew them into the Twin Towers in New York City, the Pentagon in Virginia and crashed a fourth in rural Pennsylvania after passengers on board revolted. The attacks shocked the world. It remains the deadliest terrorist incident in history – almost 3,000 people died – and caused billions in damage, as well as the destruction of the entire World Trade Center after the Twin Towers collapsed. Check out more historical events at onthisday.com!

On this day in 1924, Tom Landry, American NFL player (NY Giants) and coach (Dallas Cowboys), was born in Mission, Texas. He died in 2000. Source:  Britannica.

On this day in 1875, the first newspaper cartoon strip was produced! Get more daily history at onthisday.com!

On this day in 1956, Police were called to break up a crowd of rowdy teenagers following the showing of the film Rock Around the Clock at the Trocadero Cinema in London, England. The following day, The Times printed a reader’s letter that said: “The hypnotic rhythm and the wild gestures have a maddening effect on a rhythm loving age group and the result of its impact is the relaxing of all self control.”  Get into the groove with more music trivia at thisdayinmusic.com!