Thomas Grazulis documented six tornadoes that occurred on November 4, 1922. We look at one of those twisters in this summary: An estimated F4 that moved through parts of Creek and Pawnee Counties in Oklahoma. Information for this event came from the following resources:

An article from The Morning Tulsa Daily World on November 5, 1922 gave the following details about the damage:

Here is a clip describing “the most disastrous visitation”: 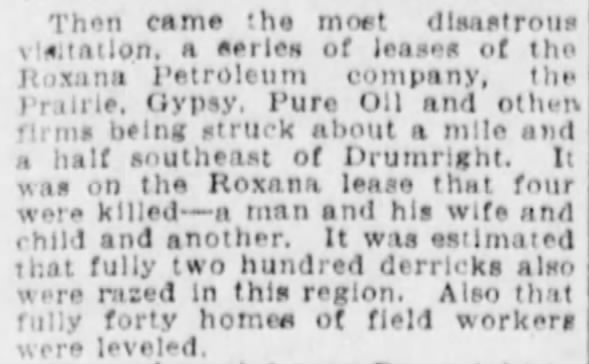 In an article I found from The Morning Tulsa World on November 18, 1922, only 14 days after the tornado, all of the oil wells were functional again. 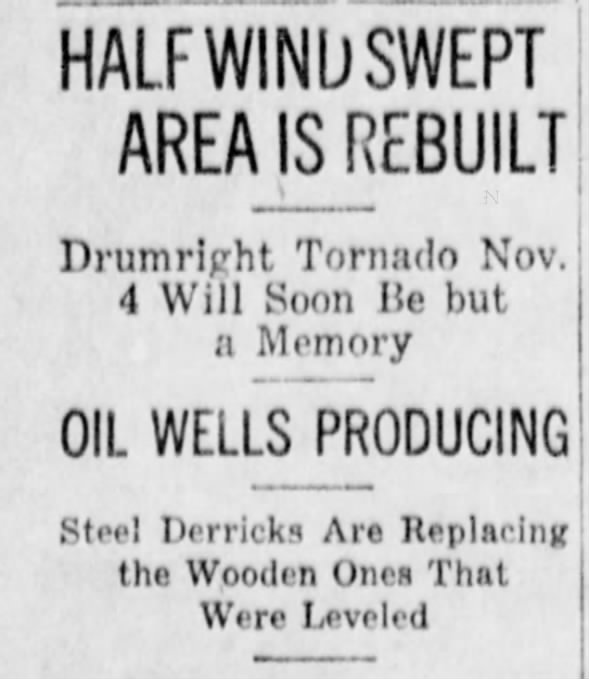 Thomas Grazulis lists 11 fatalities from this event and stated 9 were in the Shamrock-Drumright area. I looked through several newspaper articles around the time of this event on newspapers.com and there were a varying amount of reports. The highest fatality count I could find was six. I may have to explore the Creek and Pawnee County Libraries to find out more information. But, here is a clip from the Norton Courier listing the names of the six fatalities: 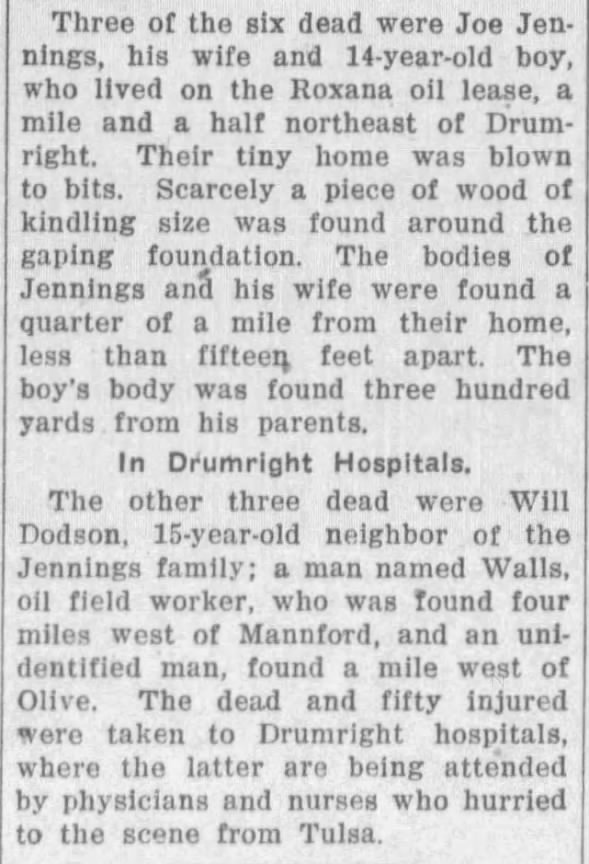 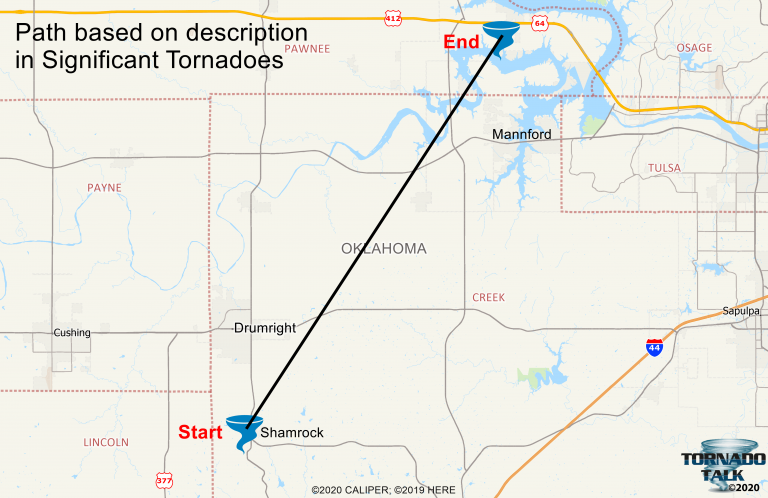 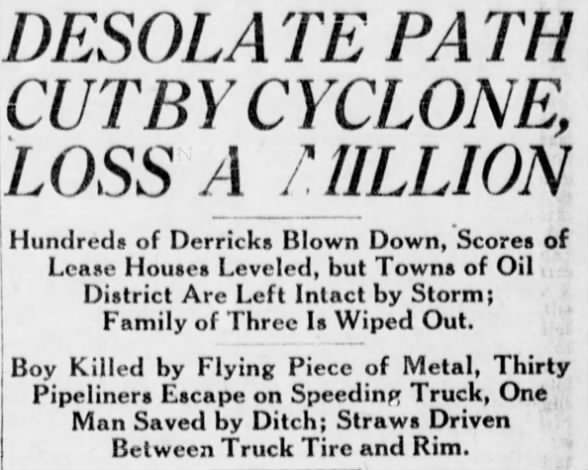 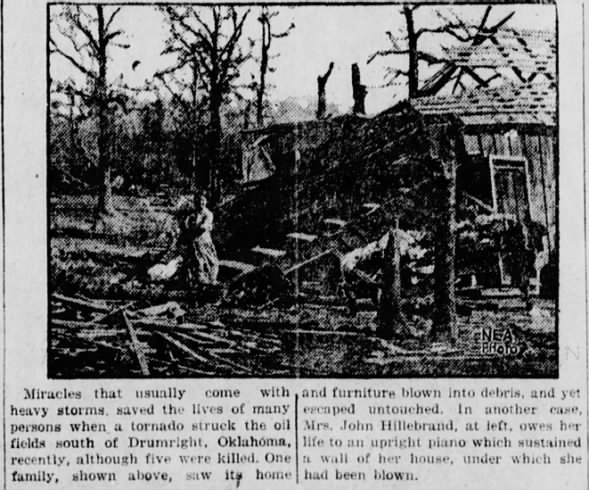 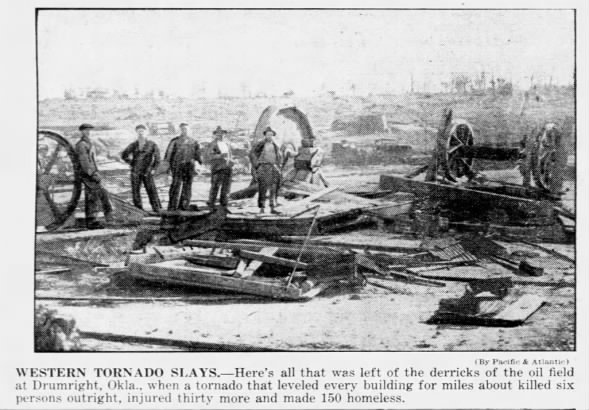