It was a powerful F5 tornado that moved 14.7 miles through parts of Jefferson County, AL on this day in 1977.  This tornado is named after the area which received the greatest damage: Smithfield Drive and Smithfield Lane.  Per the Storm Data Summary:  The twister developed about 4 miles NW of downtown Birmingham.  It moved to the northeast at 60 mph and lifted east of Tarrant.  167 homes were destroyed, 48 had major damage.  Daniel Payne college was badly damaged.  Per Thomas Grazulis in Significant Tornadoes, cars and trucks were “hurled like matchsticks” from I-65.

Photos from the NWS Birmingham 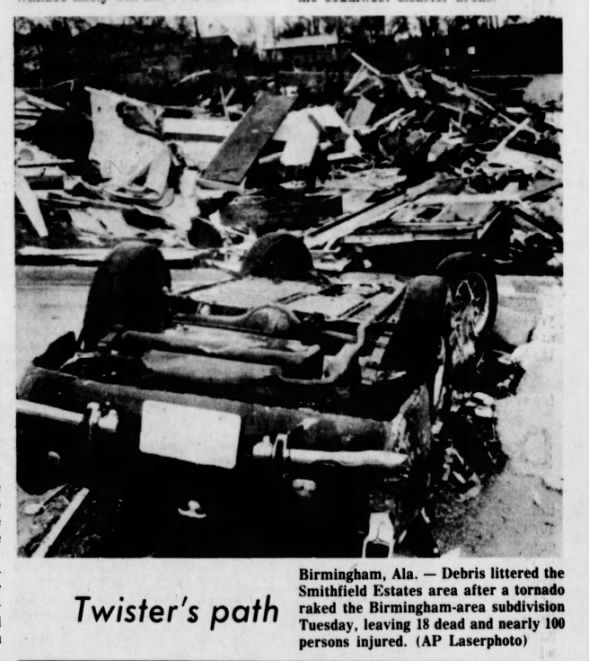 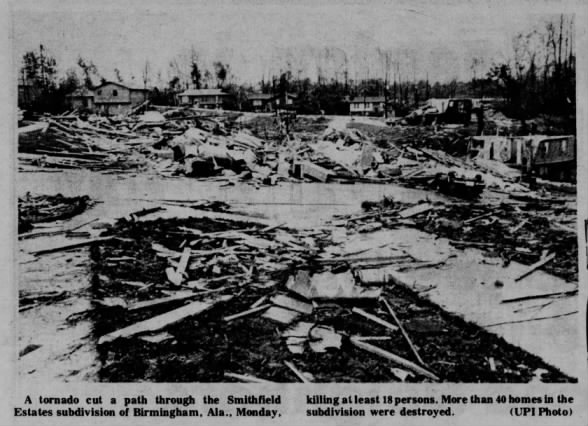 We gathered information for this event from the SPC & NCDC Databases, the April 1977 Storm Data Publication and Thomas Grazulis in Significant Tornadoes and found the following differences:

NWS Birmingham Overview of the Event