Per the SPC database, 17 tornadoes occurred on March 26, 1976.  Two were rated F4 (1 in OK, 1 in MS).  At 328pm CT, a tornado that would be rated officially F5 traveled 11.9 miles through parts of LeFlore County, OK.  There were 64 injuries and 2 fatalities reported.  Tremendous damage occurred in and around the town of Spiro.  Details on the event via the NWS Norman and Significant Tornadoes by Thomas Grazulis.  Note:  Grazulis gives this tornado an F4 rating.

It continued to move northeast into the SE part of Spiro. “Great destruction” occurred in this area. Railroad cars, trailer homes, houses and business buildings were destroyed.

The tornado crossed State Highway 9 where more homes were damaged/destroyed.  Per the NWS, a survey of the damage in this area indicted the tornado reached F5 intensity.  It was after it crossed State Highway 9 and entered the rural Murray Spur area east of Spiro.  In the Murray Spur area, 7 homes were destroyed and a mobile home was demolished.  There was 1 fatality in this area.

The tornado began to move in a more easterly direction after crossing the Lock and Dam/Fort Coffey Road area where 3 mobile homes were dsetroyed. I t moved east for about 1 mile and crossed OK State Highway 9 once again.  The tornado lifted about 3/10 of a mile east of the point where it had cross State Higway 9.

There were eyewitness report of 2 separate funnels occassinally traveling in close proximity to each other along the path. 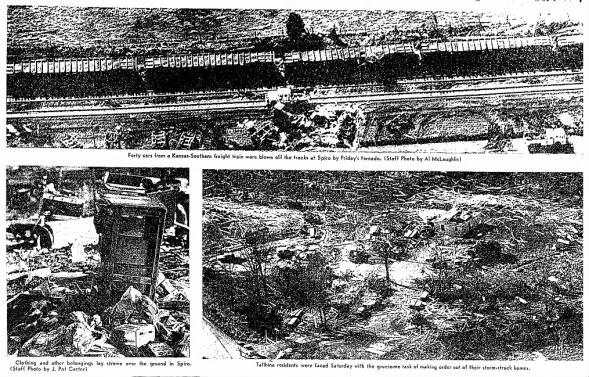 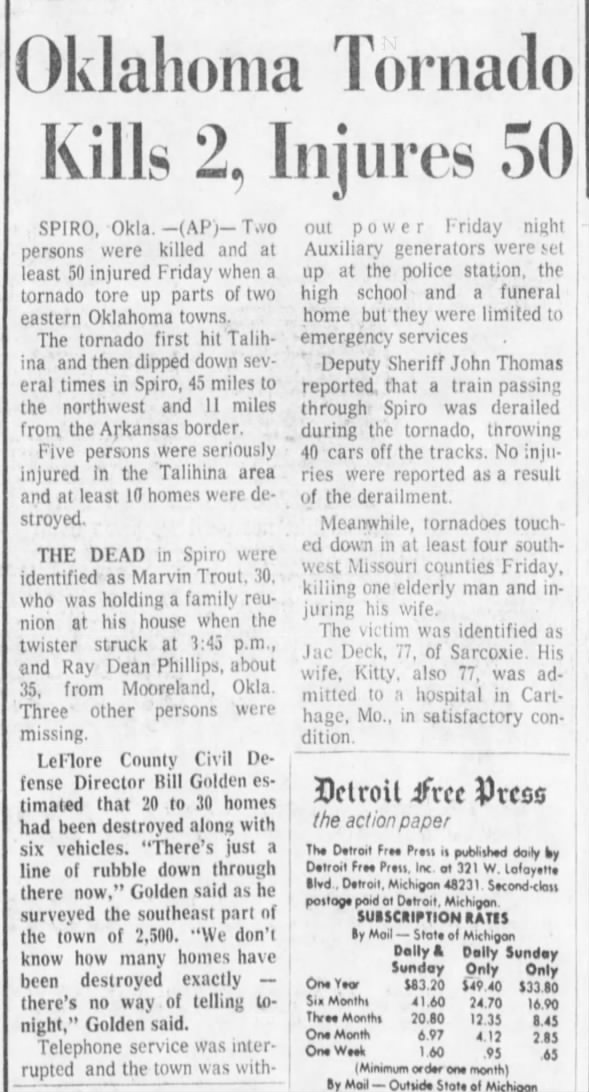 We gathered information for this event from the SPC & NCDC Databases, the NWS Norman and Thomas Grazulis in Significant Tornadoes and found the following differences: