A significant tornado crossed through parts of Stearns and Sherburne Counties in Minnesota on July 22, 1967.  It began near St. Augusta and crossed near Clear Lake.  Damage was reported near Becker and east to Zimmerman.  Per Storm Data, the tornado lifted near the Isanti County border.  The SPC path length is 16.4 miles but Thomas Grazulis in Significant Tornadoes lists a longer path of 28 miles.

This tornado is officially listed in the SPC Tornado Database with a rating of F2.  Grazulis has a rating of F3.  I have included several photos from newspaper articles and the damage is severe.  Storm Data states that there was “not a crop, tree, or building” left along the tornado’s path.  Al Baert, who worked for the Minnesota Civil Defense was quoted as saying, “Looking at it from the air it’s the worst destruction I’ve ever seen.”  At least 24 farms and homes were demolished.  Corn and grain crops were wiped out.

A 70-year-old, handicapped woman was killed near rural Becker.  Her name was Elvera Peterson.  She was trapped on the second floor of her farm home when the tornado hit.   Tragedy struck this family again a few days after the tornado.  I found an article in the St. Cloud Times about a car accident that claimed the life of the niece of Mrs. Peterson.  The accident occurred after they had left her Aunt’s funeral.

The first map is a plot of the official track using the SPC Coordinates.  Based on what is written in Storm Data and from articles I found about damage, the path ends too far west.  It should be extended further east to at least Zimmerman which is closer to the Isanti County line.  Per Storm Data, “tornado lifted somewhere near Isanti County border.”  The one fatality was west of Zimmerman.  I saw 2 locations of her farm:  Orrock Township and Rural Becker.  Orrock Township is about 15 miles from Becker as the crow flies so it could be consider “rural”.  Both communities are east of Clear Lake and west of Zimmerman.  In the second map, I have added one that includes the town of Zimmerman. 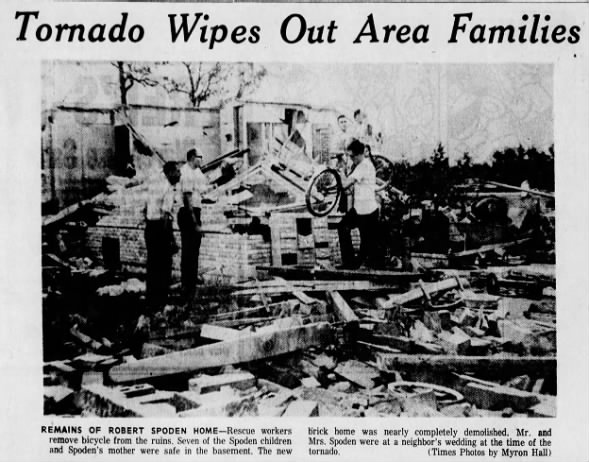 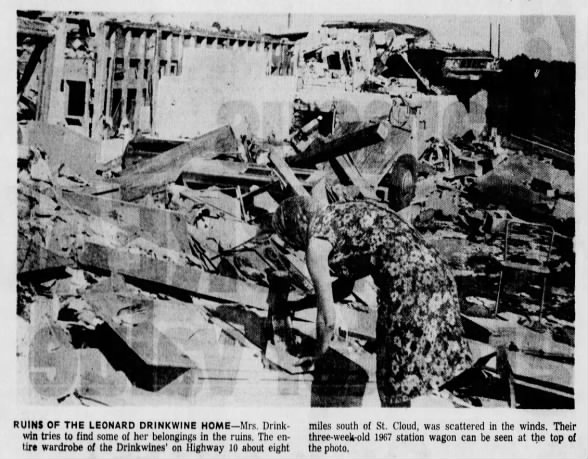 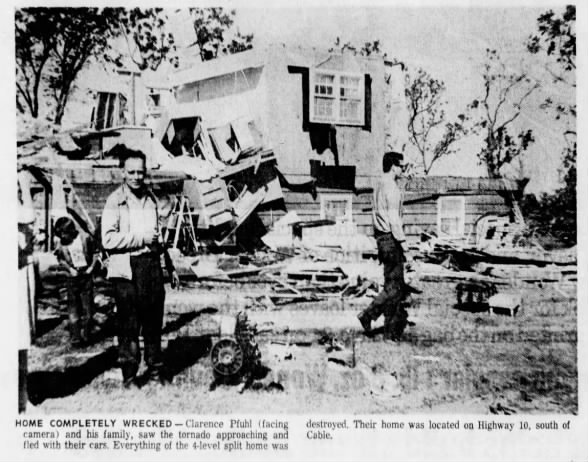 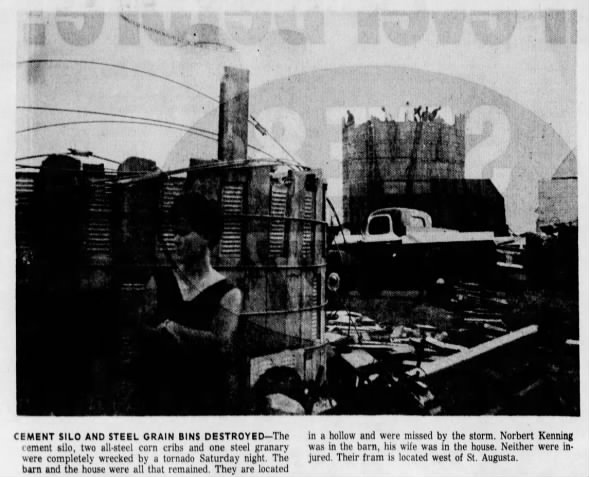 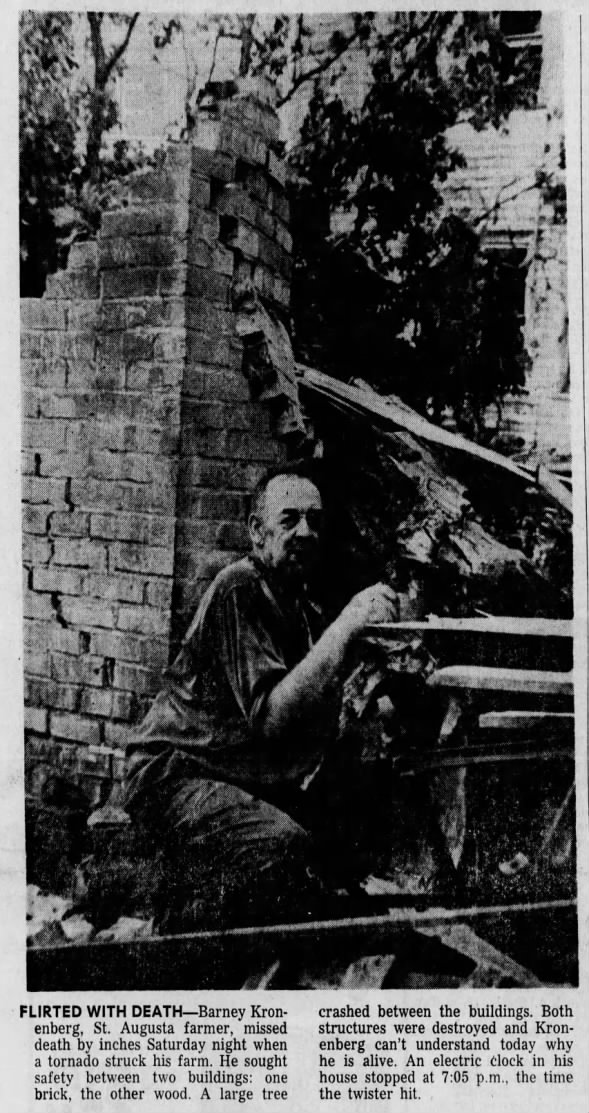 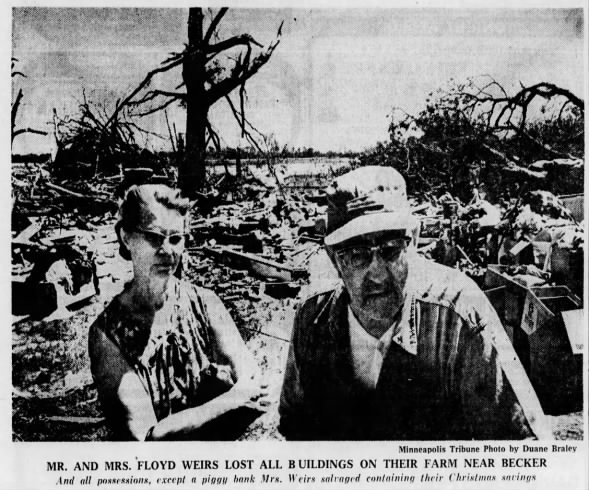 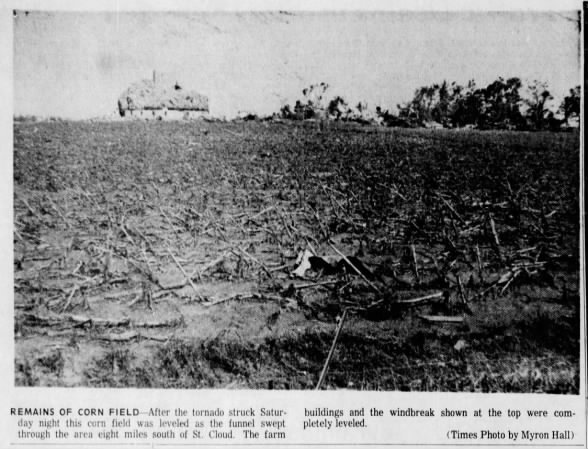 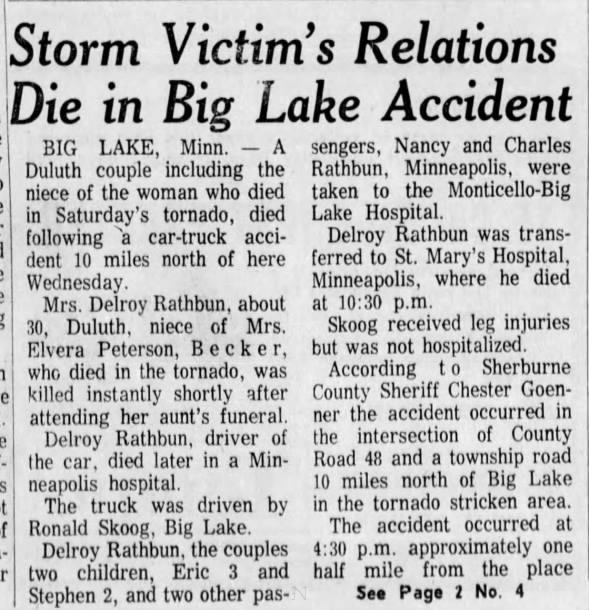 We gathered information for this event from the SPC & NCDC Databases, the July 1967 Storm Data Publication and Thomas Grazulis in Significant Tornadoes and found the following differences: