This tornado developed 13 miles North of Downtown St. Louis in the Spanish Lake area.  It moved across the Mississippi River into Illinois causing damage in the Hartford and Roxana areas.

There were no fatalities and at least three injuries.  Newspapers reported two children were injured.

Newspapers reported that after the tornado passed through the Hartford and Roxana area, heavy rains developed.  A levee break occurred near Wood River.  One report reported that eight homes were flooded, a church and a school in the village of Wanda. 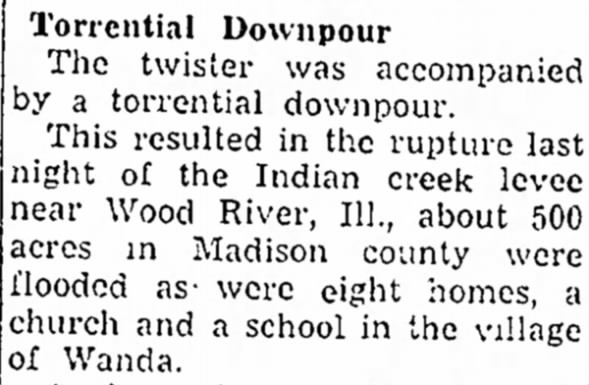 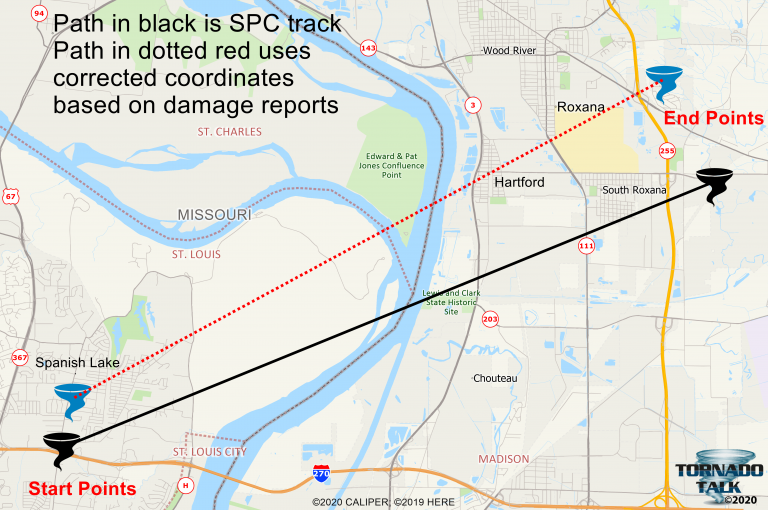 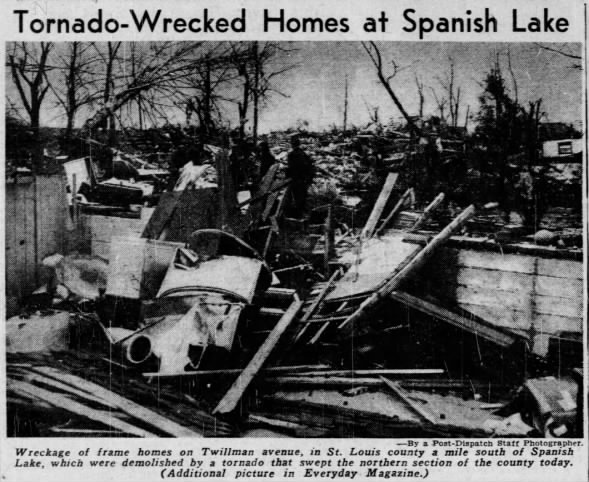 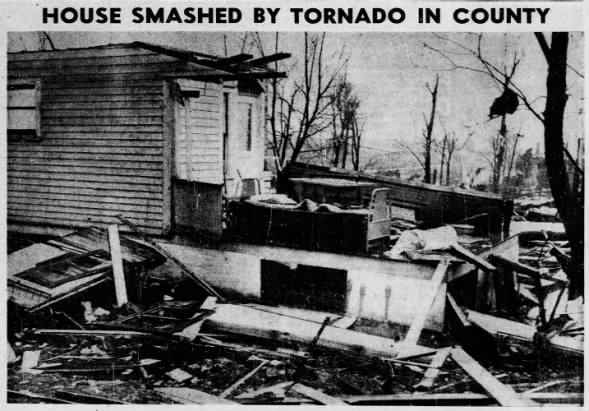 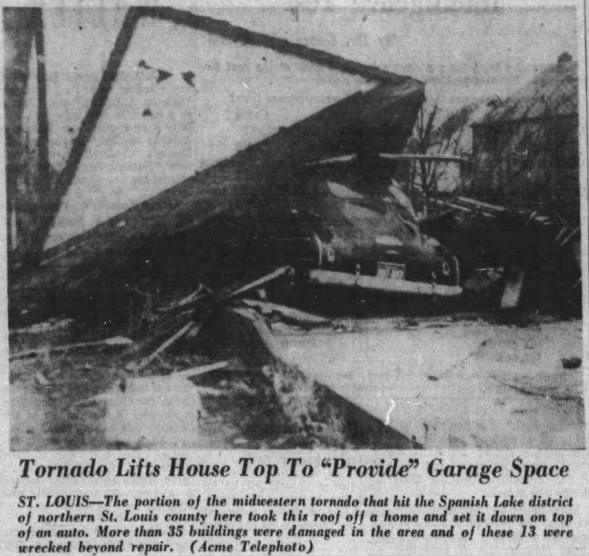 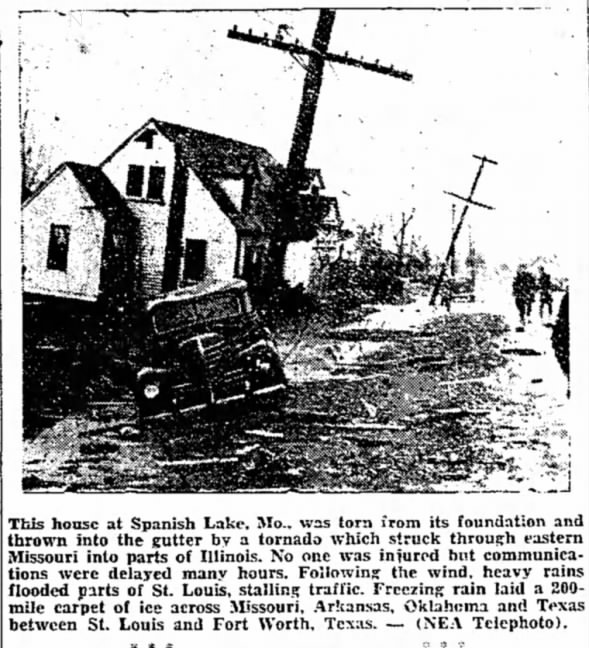 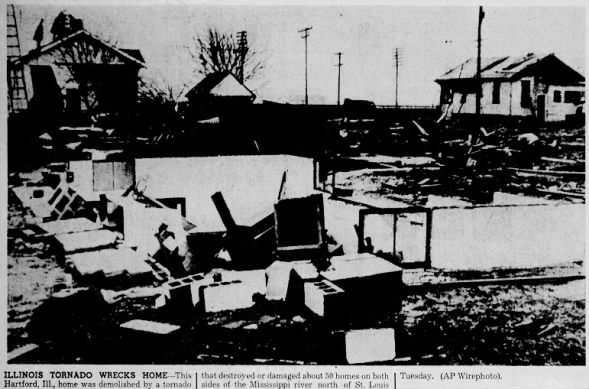 We gathered information for this event from the SPC & NCDC Databases, the January 1950 Climatological Data National Summary (CDNS) and Thomas Grazulis in Significant Tornadoes and found the following differences: