During the early morning of February 10, 1959, an estimated F4 tornado tracked through the St. Louis Metro area.  Per Thomas Grazulis in Significant Tornadoes, “the track of this tornado was not far from the tracks of major tornadoes in 1871, 1896, and 1927.”

This tornado began in the SW corner of St. Louis County near Sherman.  Several homes sustained minor damage in the early part of the track.  The first major damage was at the intersection of Manchester Road and Woodlawn in the southwest suburbs of St. Louis.  Many homes and stores lost their roof.  Trees and power lines were downed.  In the Forest Park area, heavy damage occurred to an arena roof.  A large TV tower was blown down.  Significant damage occurred to apartment buildings.  People were buried in the debris of collapsed buildings.

Per Grazulis, close to 2000 buildings were damaged or destroyed.  16 homes were leveled, and 100+ had major damage.

The tornado moved across the Mississippi River into the Venice-Granite City, IL area.  Not a great deal of details in Storm Data on damage here.  Grazulis mentions some factory damage.

You could make an argument that St. Clair County, IL, should be included in the path.  The official SPC coordinates do end in Madison County, but the track is close to St. Clair.  Grazulis does not include St. Clair in the path, but he does mention damage reported there in his summary of the event.

There were 345 injuries recorded due to this tornado and 21 fatalities. 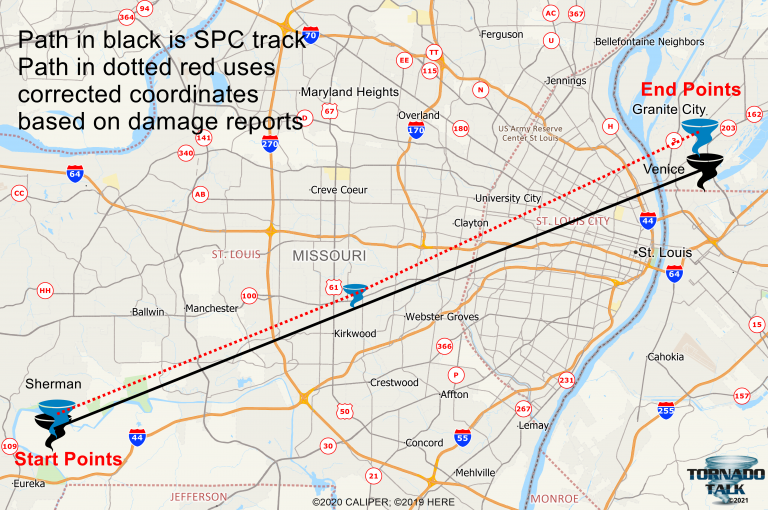 Infographic from the NWS St. Louis 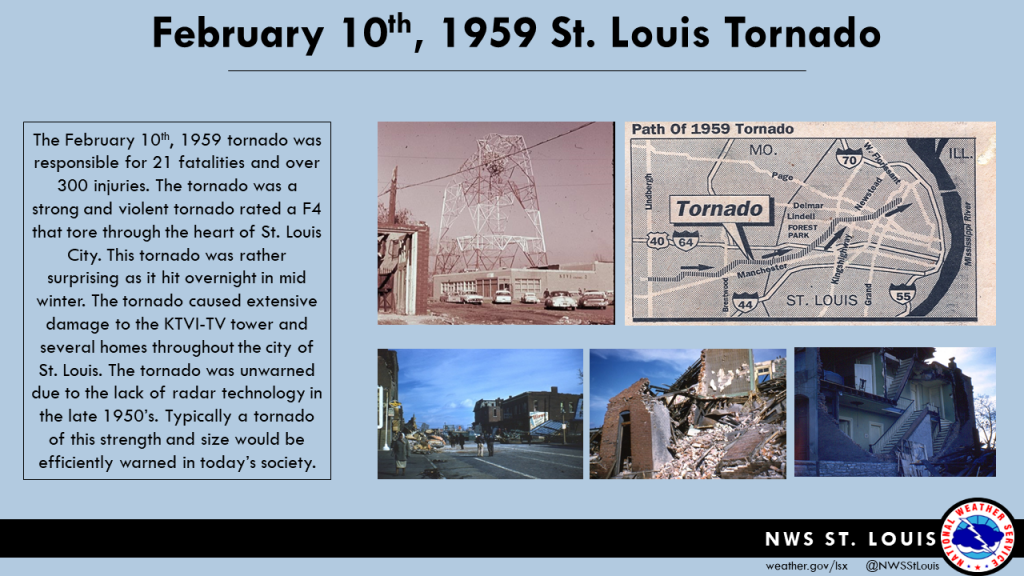 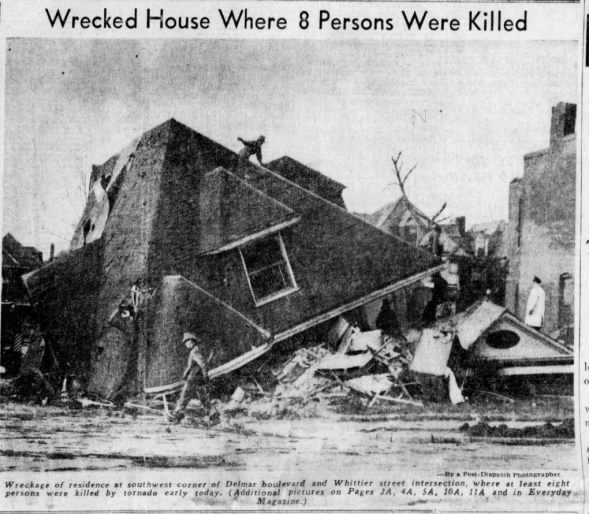 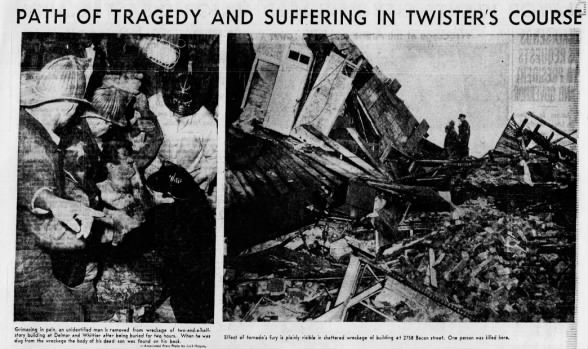 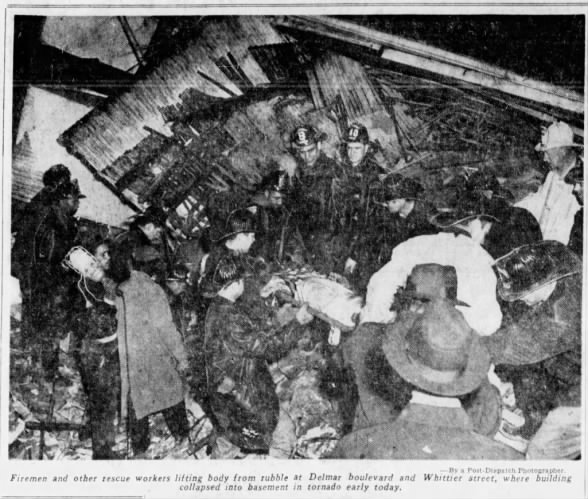 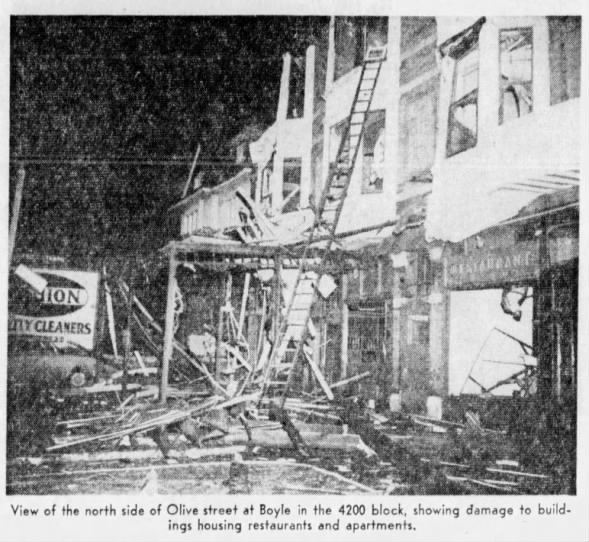 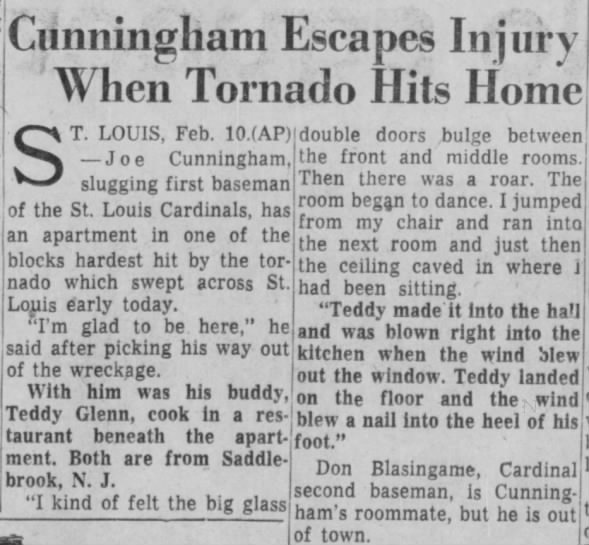 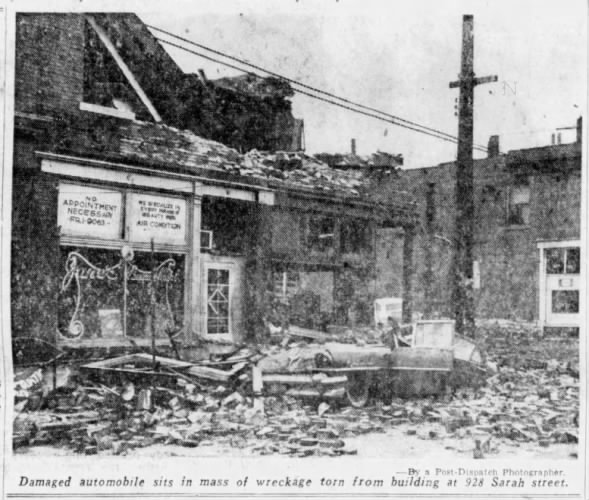 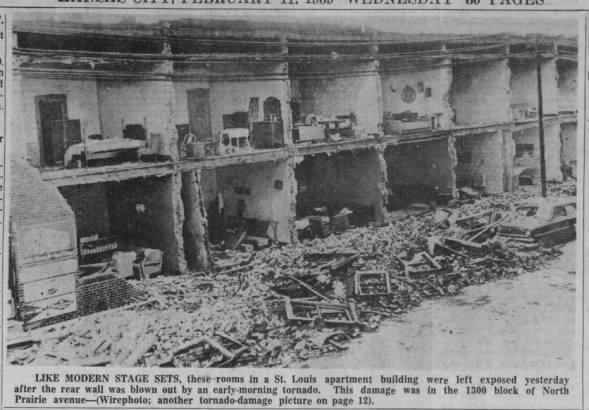 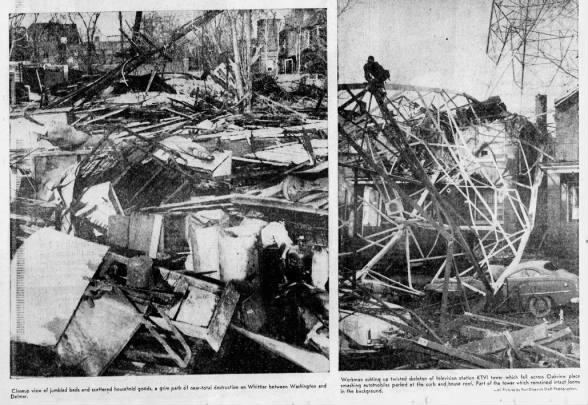 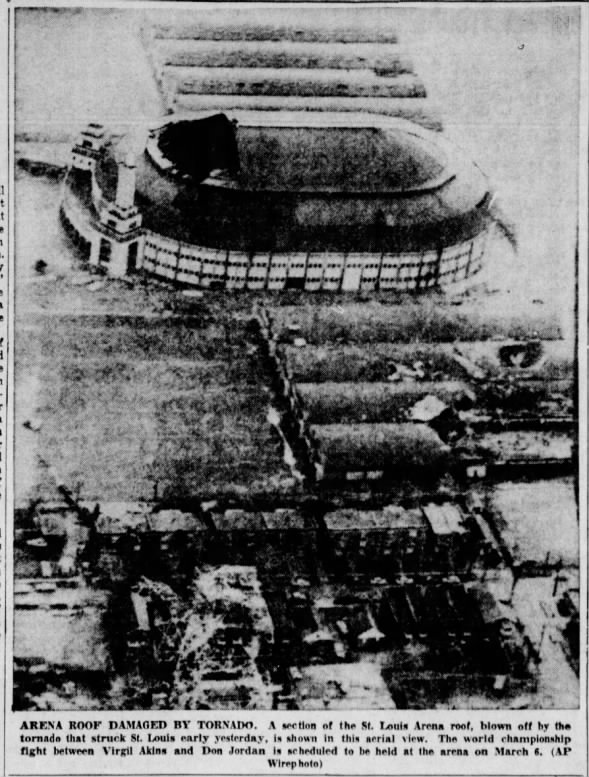 We gathered information for this event from the SPC & NCDC Databases, the February 1959 Storm Data Publication and Thomas Grazulis in Significant Tornadoes and found the following differences: