Thirty tornadoes were reported across parts of four states on January 24, 1967.  Two in Missouri were given an F4 rating.  This summary focuses on what the National Weather Service deems the 4th worst tornado in history to hit the St. Louis Metropolitan Area.  It is also the last F4 tornado to affect St. Louis.

The tornado developed in the western portion of St. Louis County near the Howard Bend Pumping Station.  The twister moved to the northeast, and per the NWS Storm Data Narrative, it had a “skipping path of major destruction.”  Damage was reported at the Chesterfield Manor Nursing Home.  The tornado crossed through numerous subdivisions and heavily populated communities.  A total of 168 homes were destroyed, and 258 sustained major damage.  600 businesses were destroyed/damaged.  216 people were injured, and there were three fatalities. 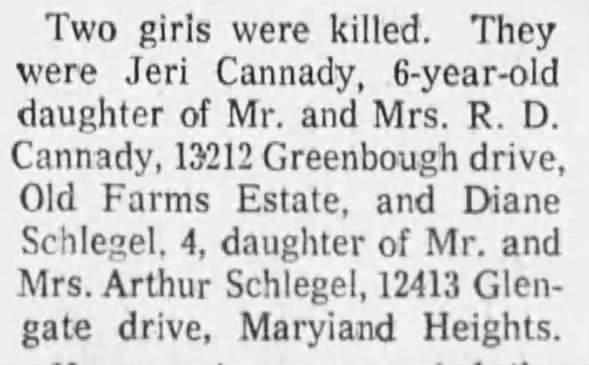 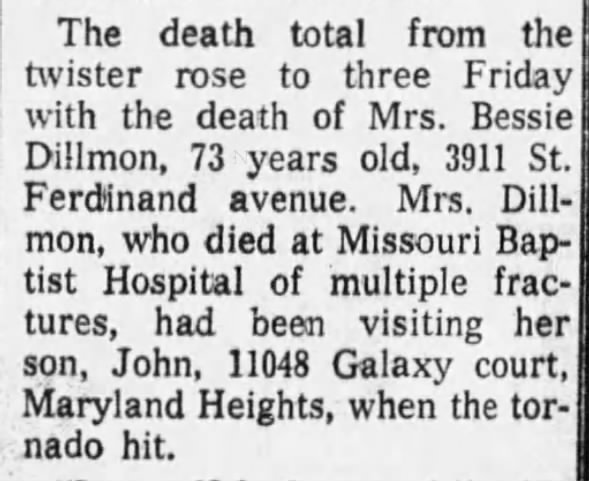 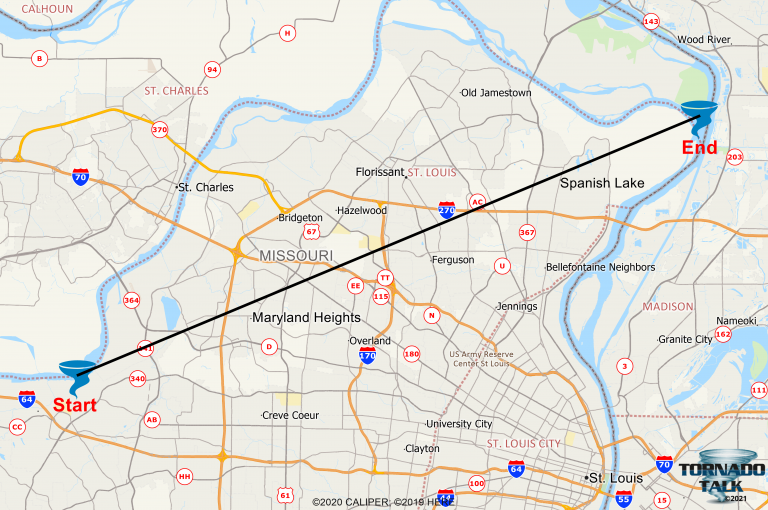 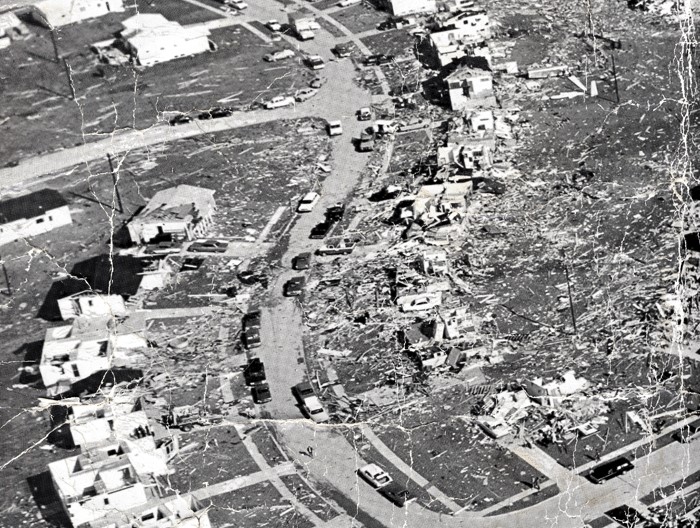 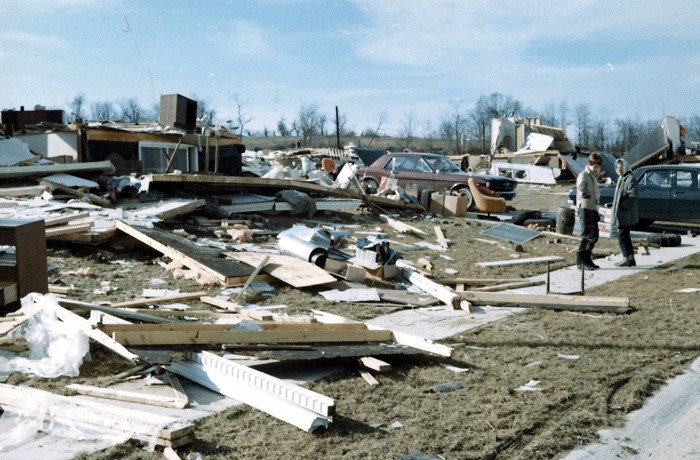 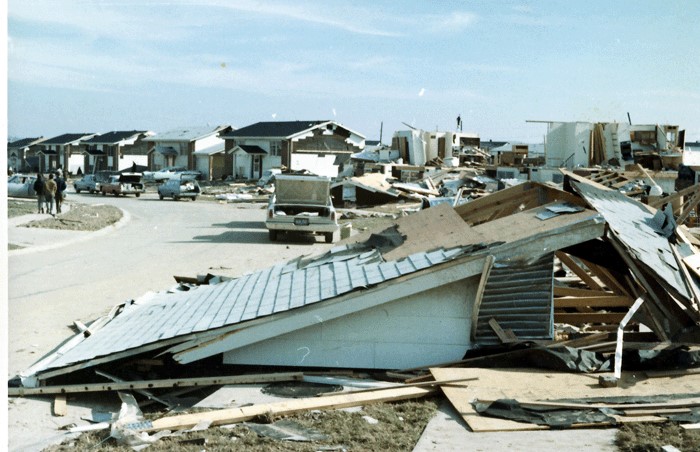 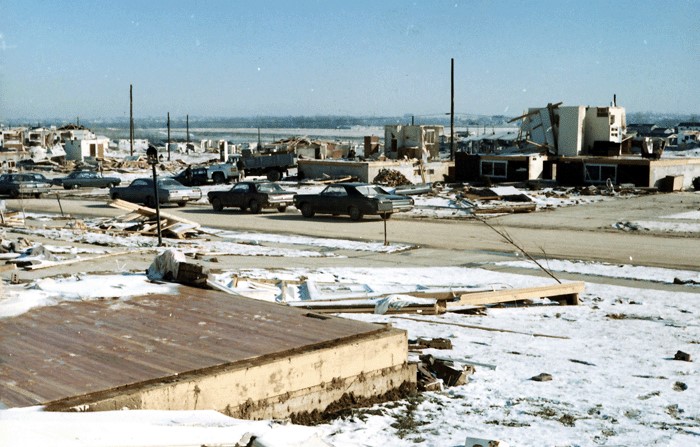 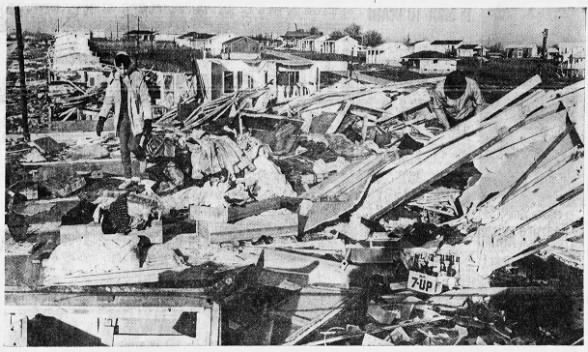 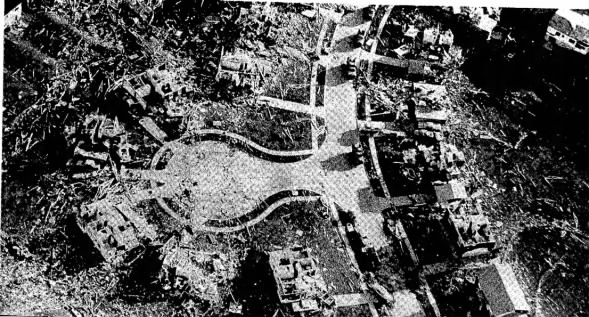 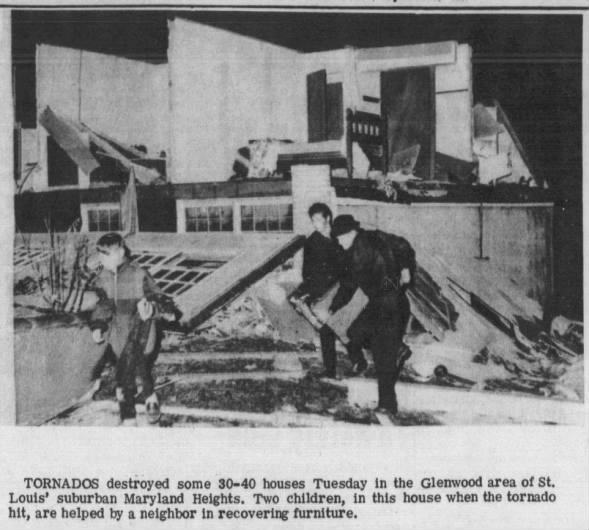 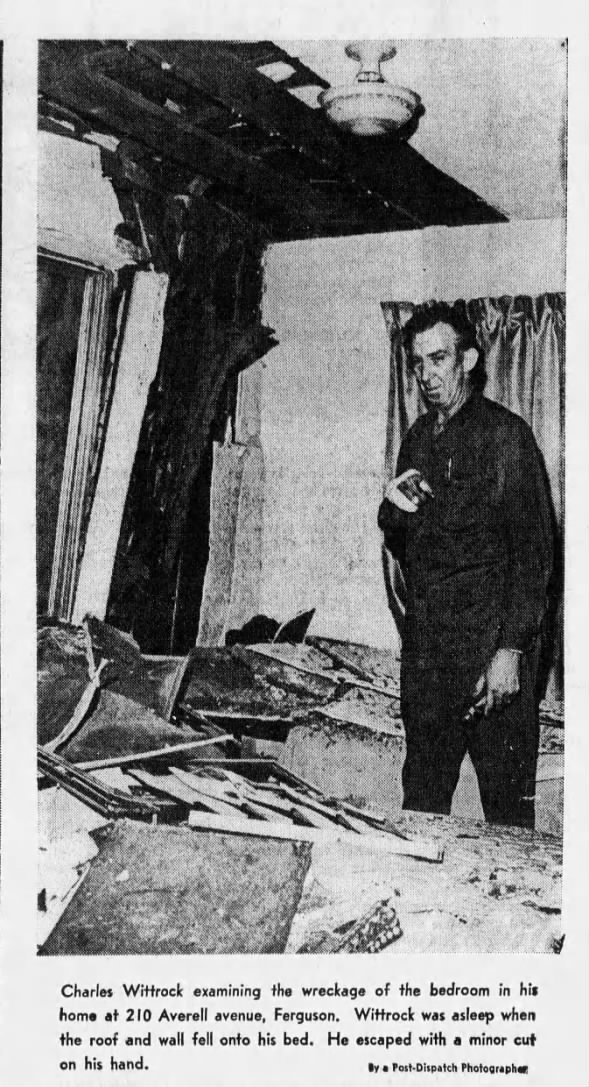 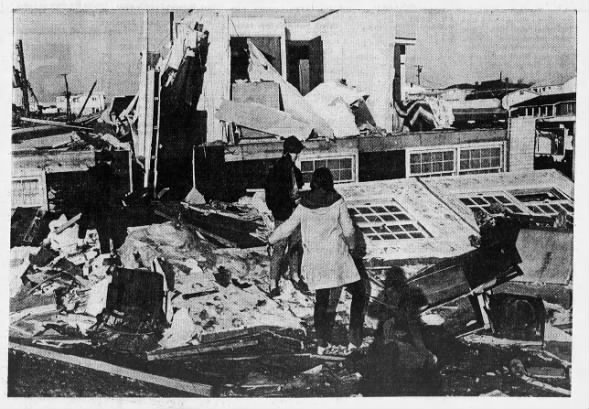 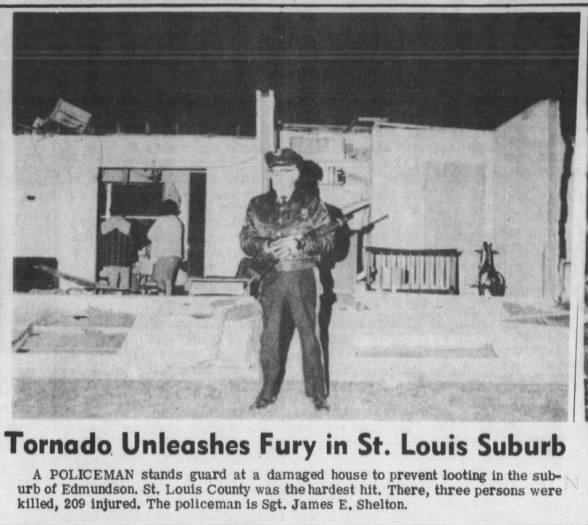 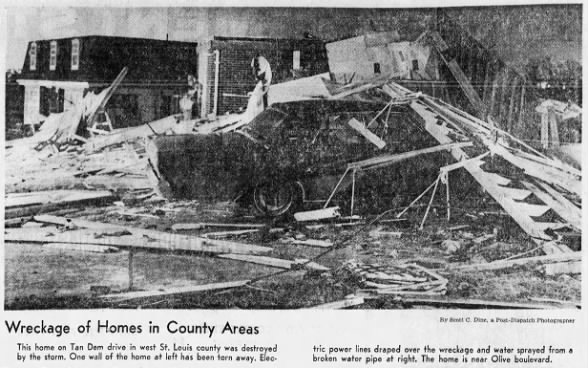 We gathered information for this event from the SPC & NCDC Databases, the January 1967 Storm Data Publication and Thomas Grazulis in Significant Tornadoes and found the following differences:

Overview of the event from the NWS St. Louis