Thirty-three tornadoes across five states were confirmed on January 7, 2008.  Most occurred in the state of Missouri.  This included a strong, long-track twister we are highlighting in this summary.

This EF-3 tornado began across rural east central Greene County near Strafford at 6:29pm CT.  It ended over an hour later in Laclede County, east of Abo.  Along this 50+ mile track, over 50 homes were damaged/destroyed.  Numerous mobile homes, barns and outbuildings had extensive damage.  The Storm Data Narrative did not have an exact count.  There was a total of 18 injuries and three fatalities. 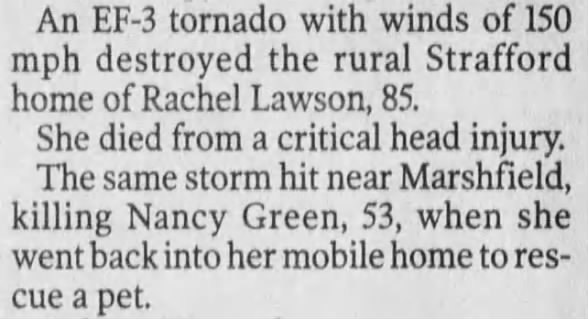 The third fatality occurred almost a month after the tornado hit. David Rogers died of injuries sustained when his trailer was hit in the Marshfield area. He died on his 100th birthday. 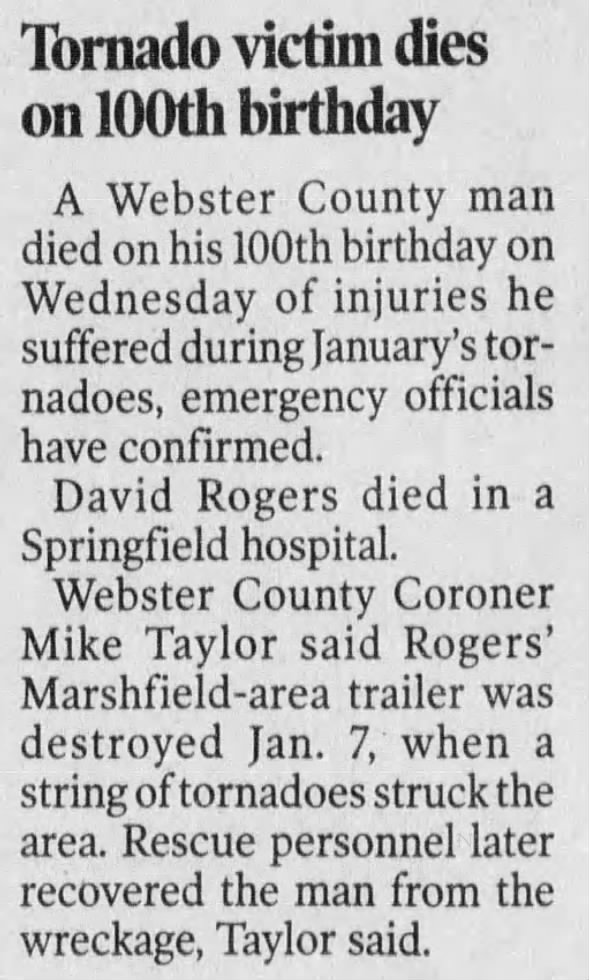 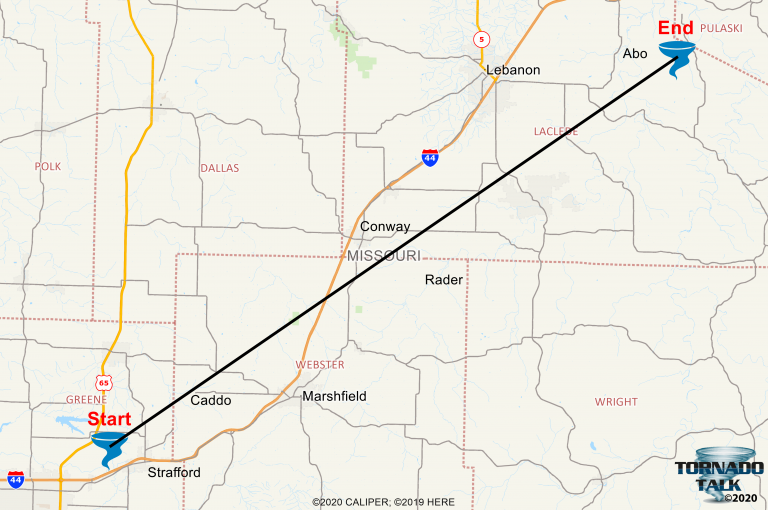 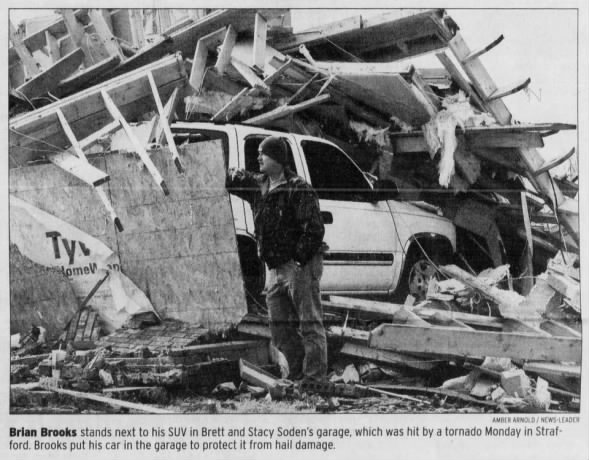 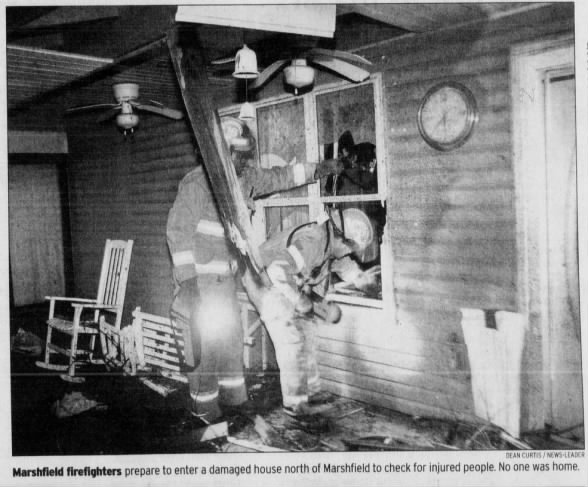 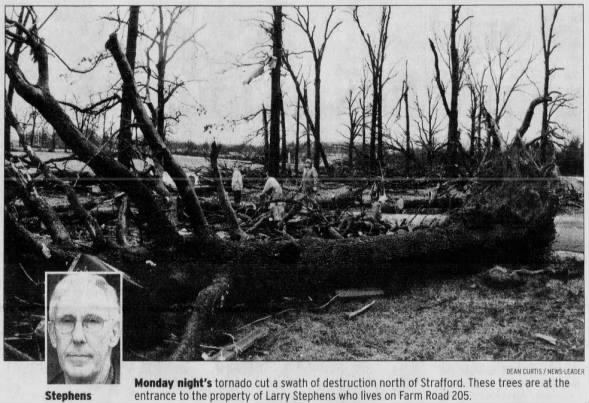 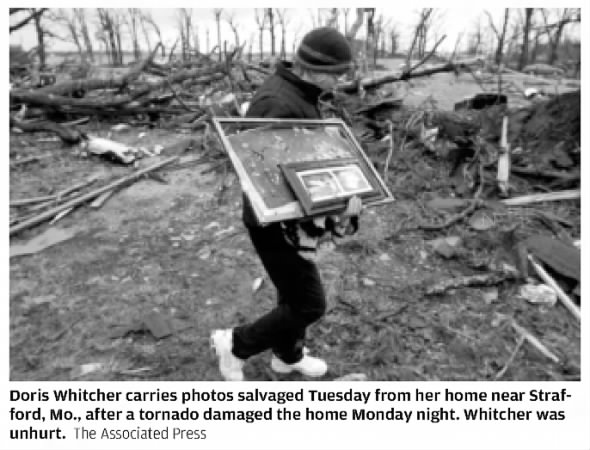 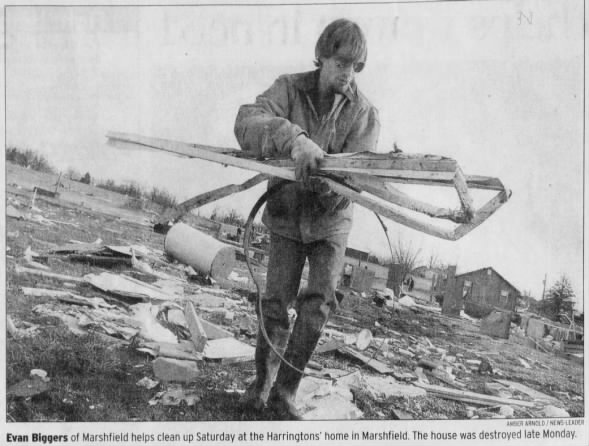 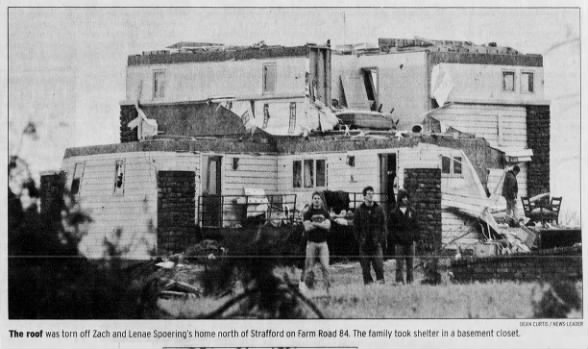 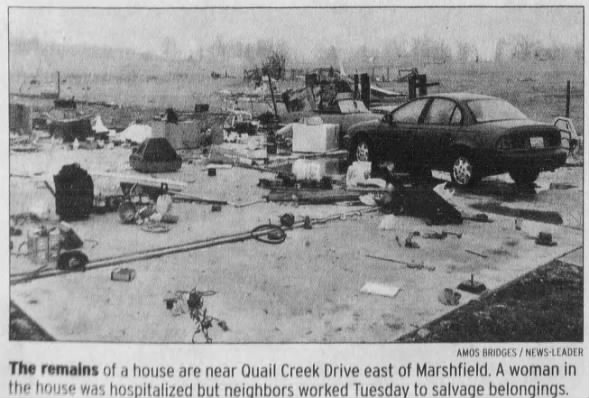