A total of 14 tornadoes occurred on November 12, 2005. All but two were in the state of Iowa. The strongest is the topic of this summary.

This tornado developed just south of Boxholm in northwest Boone County. It tracked northeast across E Avenue and hit a farm. The home on the property and some outbuildings were damaged. Two horses were killed and a pickup truck was flipped over. As the tornado continued to the northeast, debris was pushed across F Avenue just north of 125th Street. As it moved across G and H Avenues near 105th Avenue, two homes were damaged and several outbuildings were destroyed. Up until this point, the National Weather Service (NWS) the damage to be in the F1 range.

The tornado moved over the Boone/Webster County line and intensified to an F2. Another home was heavily damaged and a large outbuilding was destroyed just north of the county line. Brief weakening occurred as the tornado crossed 390th Steet and moved toward the Des Moines River. Per the NWS, “A continuous, but weak damage path was observed crossing the river as the tornado tracked across open farmland and land adjacent the Des Moines River.” At 370th Street and Washington Avenue, a farm was hit. The residence was damaged and a machine shed and its contents were demolished. At this location, the damage was in the F2 range.

The tornado moved across the Webster/Hamilton County Line just west of Country Road D54. It entered Stratford on the west-central side of town. Numerous homes were heavily damaged. 84-year-old Lucille Runyan was killed in one of these homes. Here is a clip from the Mason City Globe-Gazette from November 14, 2005:

The tornado crossed the city park and moved out near the north-central portion of town. Per the NWS, “As the tornado left Stratford, it continued on a northeast track, lifting and dropping to the ground several times as an F0 and F1 tornado.” Four more farms sustained damaged. The last damaged was seen to a farm north of 320th Street and west of County Road R21 in Hamilton County. 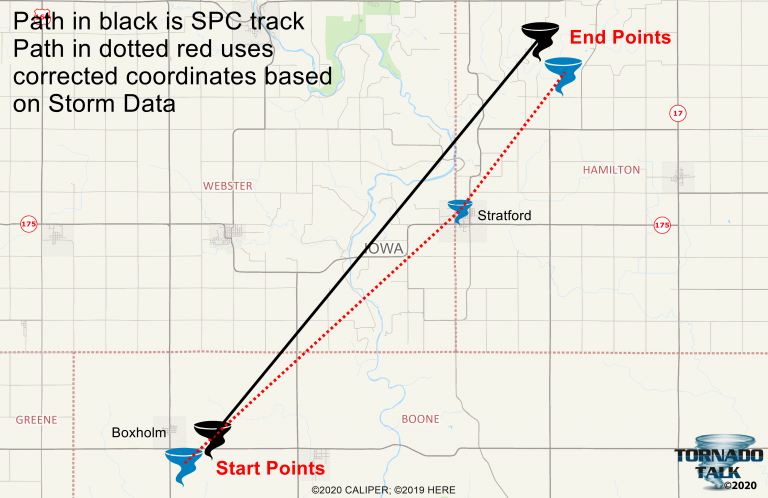 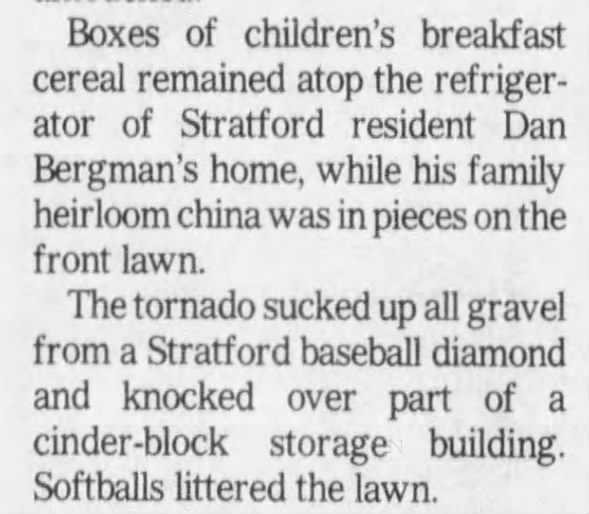 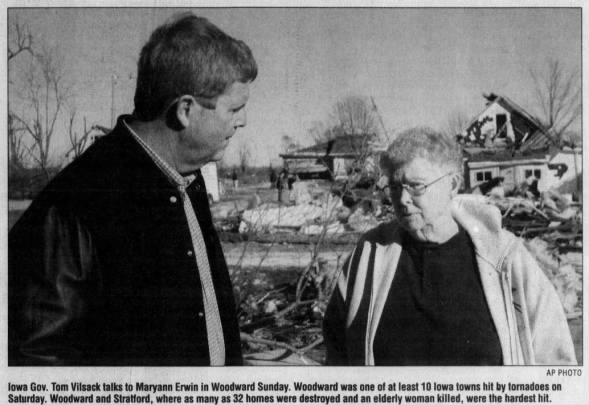 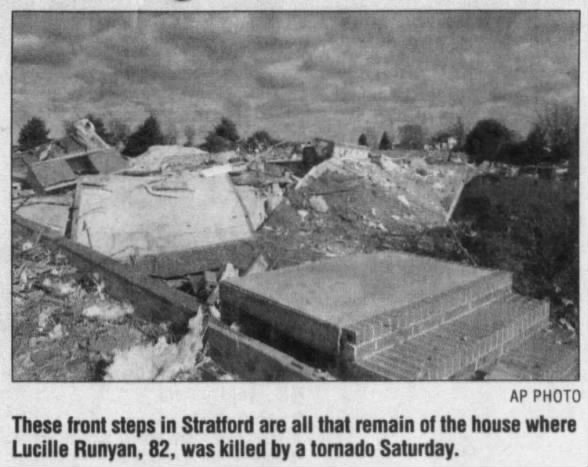 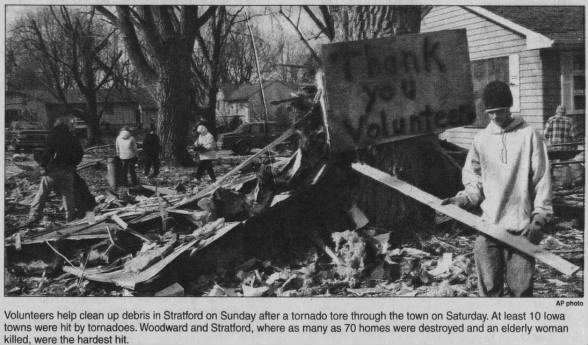 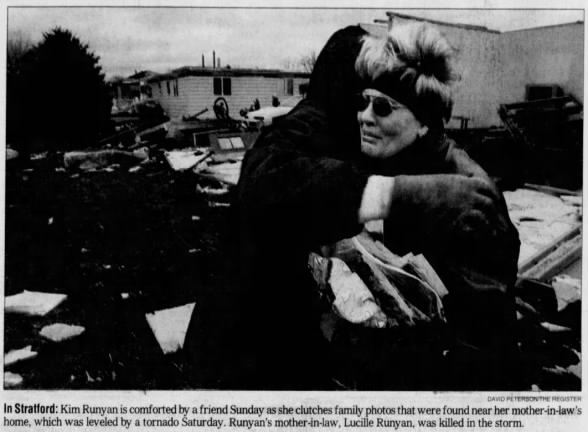 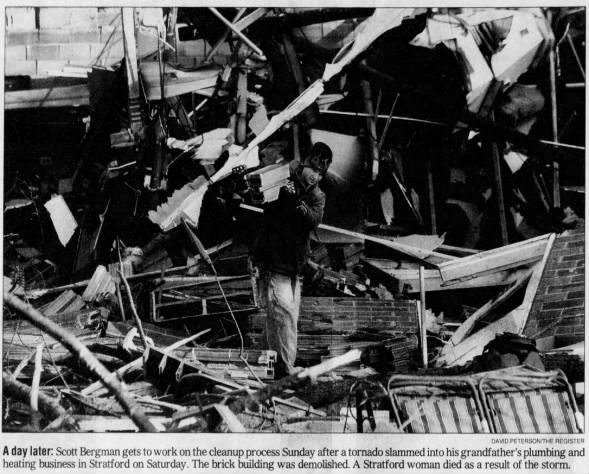 […] of Iowa. The strongest was rated F3 and traveled from near Boxholm through Stratford, Iowa. Click HERE for more information from […]