Ten tornadoes occurred on January 15, 1971, nine of which were in the state of Georgia. We look at one of those, later rated F2. It was the only one where a fatality occurred.

There is a discrepancy on the rating.  The Storm Prediction Center has an F2 rating. Thomas Grazulis in Significant Tornadoes believes the damage was more consistent with an F1 rating.

The tornado developed ten miles east of Americus in rural Sumter County and moved east for two miles. A mobile home was being towed by a tractor-trailer. It was blown on top of the cab, killing the driver. Many trees were downed. A boat house was destroyed at Lake Blackshear on the Flint River. 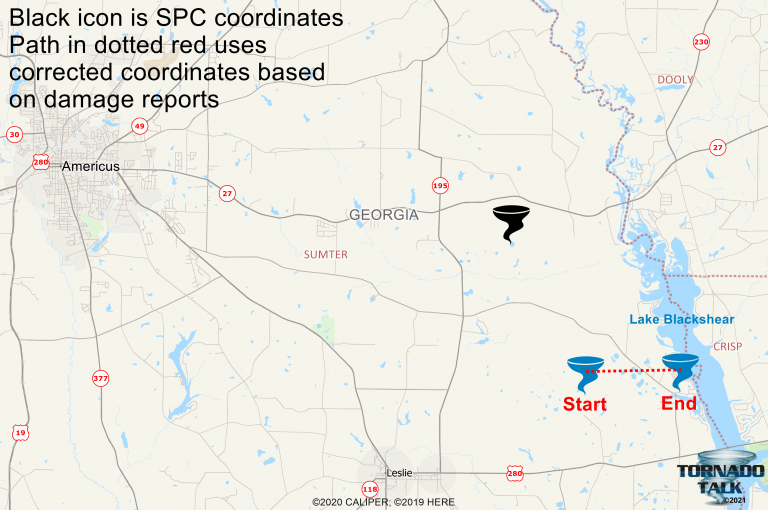 We gathered information for this event from the SPC & NCDC Databases, the January 1971 Storm Data Publication and Thomas Grazulis in Significant Tornadoes and found the following differences: