A very strong storm system produced 12 tornadoes across parts of North and Central Texas on December 26, 2015.  The strongest that day was rated EF-4.  It began in Sunnyvale, TX (Dallas County).  Several mobile homes were destroyed in this area.  The tornado then traveled through the communities of Garland and Rowlett causing tremendous damage and loss of life.

There were 10 fatalities.  Nine of these were vehicles as the tornado crossed Interstate 30 at the President George Bush Turnpike.  One fatality occurred in a collapsed home in Rowlett.  400 homes were destroyed in Dallas County.  22 businesses had some degree of damage with one being completely destroyed.

The tornado spent most of its time in Dallas County, traveling just over 9 miles.  It did cross into western Rockwall County before dissipating over Lake Ray Hubbard.

Tim Marshall performed a damage survey with the NWS Dallas/Fort Worth.   I have included a link to that full survey.  It was noted that Google Street View was an important tool in the survey.  It was helpful in “determining what buildings looked like before the tornado, especially when buildings had EF3 and greater damage.”  Here is an example of a before and after. 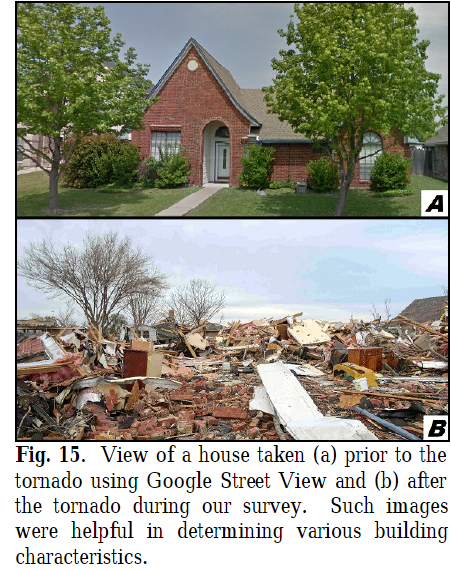 Two sources of aerial imagery were also used.  They were from the Dallas Morning News and the City of Garland.  Per the survey, “The first EF4 damage occurred along Crestpoint Lane where all walls toppled on two, single-story and one, two-story home, leaving a pile of debris in their back yards.”  It wasn’t far from this area that the tornado hurled several vehicles from Interstate 30 where nine were killed.

The tornado reached its max width in Rowlett along Windjammer Way.  “More than a dozen lakefront homes along the bluff sustained up to EF4 damage.  Several two-story homes collapsed, and debris scattered to the northeast.”  Nine people huddled in a shelter and there were no injuries.  Another 12 were saved in a partially below ground shelter. 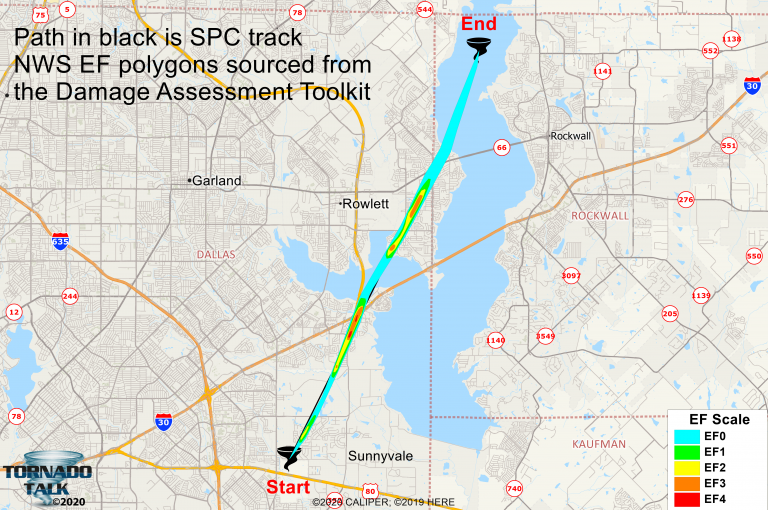 Images via NWS Fort Worth

Our Archived Podcast About This Event

Photo of a tornado taken from the Hilton Hotel on Lake Ray Hubbard from a FOX4 viewer. pic.twitter.com/8LVWTNoFIA 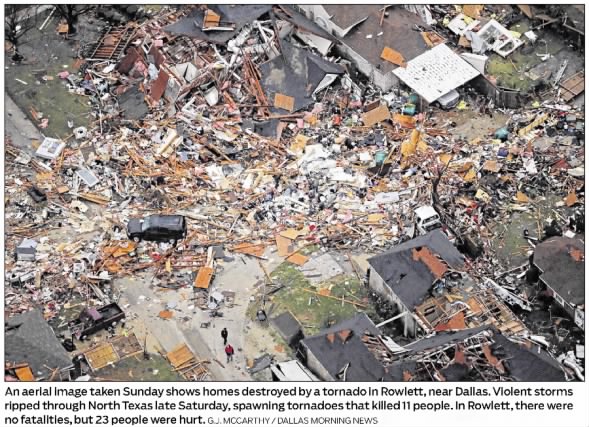 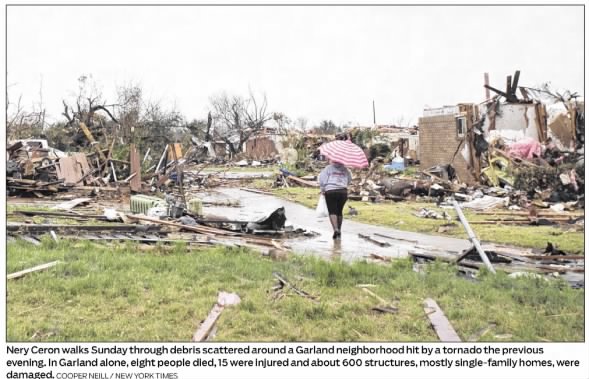 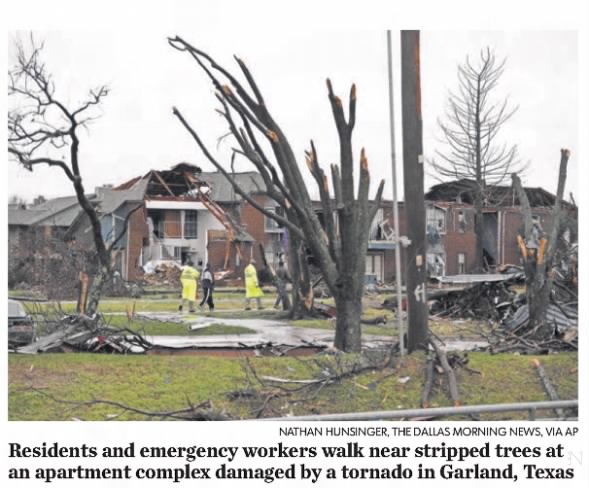