There were six-F4 tornadoes during the massive November 21-23, 1992 tornado outbreak. This summary looks at one of those out of Mississippi. This was an early morning tornado that traveled 40 miles through parts of Smith, Jasper and Newton Counties.

It began SE of Mize and moved NE through the Sylvarena community. 90 homes were destroyed. The First Baptist Church, which had been scheduled to celebrate its 125th anniversary on November 22 was demolished!

Other damage was recorded in Jasper County.  Three houses and four mobile homes were destroyed. 21 houses and two mobile homes were damaged.  In Newton County, one mobile home and one commercial building was destroyed. For a lot of the path, this tornado moved through mainly uninhabited area. Millions of dollars worth of timber loss was reported in the Bienville National Forest.

This tornado had a width at times of close to one mile. 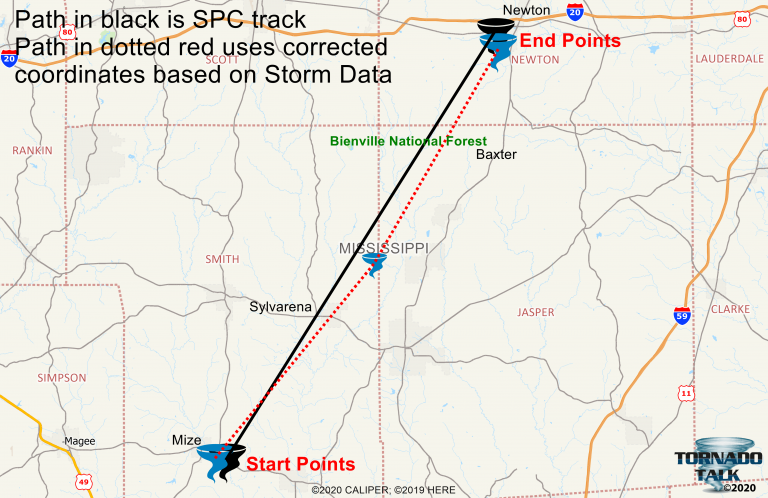 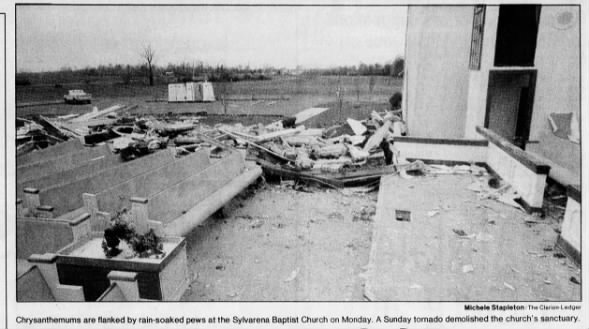 We gathered information for this event from the SPC & NCDC Databases, the November 1992 Storm Data Publication and Thomas Grazulis in Significant Tornadoes and found the following differences: