Per the Storm Prediction Center, there were 1691 confirmed tornadoes during 2011.  The month of April had 758 of those.  The month of May had 326.  This included the devastating Joplin, MO EF5.

Just 2 days after Joplin, another tornado outbreak occurred.  There were 48 tornadoes across 6 states with 18 fatalities.  The strongest tornado, another EF5, this time in Oklahoma.

Per the official survey from the NWS Norman, the rating of EF5 is based on University of Oklahoma Mobile Doppler Radar Measurements.  The estimated peak winds were denoted as “greater than 210 mph”

This tornado began very close to the Caddo/Canadian County border and quickly became a strong/violent tornado. The tornado destroyed numerous trees, many of them were debarked, before crossing U.S. Interstate Highway 40. Three people died in vehicles near the I-40 Calumet exit, and two other fatalities occurred just northeast of that location. Cars were thrown thousands of feet off the roadways. It is believed that the tornado reached its maximum intensity just after crossing I-40, and it was here that a mobile radar measured winds of greater than 210 mph just off the surface.

As the tornado continued northeast, it narrowly missed the town of Piedmont. Widespread EF-3, occasional EF-4 damage occurred between El Reno and Piedmont. More widespread EF-4 damage was seen west and north of Piedmont. Especially hard hit was the Falcon Lake neighborhood, near the Kingfisher County border. Two children were killed at this location. The tornado continued into southeastern Kingfisher County.

The tornado entered far southeast Kingfisher County before moving into Logan County. However, EF-3 damage occurred just over the Kingfisher county border, debarking trees and significantly damaging buildings. As the tornado continued northeast, the damage was mainly considered EF-2, with damage to mostly outbuildings and trees.

The tornado moved into Logan County and resulted in two additional fatalities (both of whom were outside when the tornado struck) near Cashion. The tornado destroyed several manufactured homes (both double and single-wide) after entering Logan county. Large high-transmission line tresses collapsed. Trees were debarked with only stumps remaining. Several buildings had most of their exterior walls collapse, with only the inner walls remaining. EF-2 to occasionally EF-3 damage occurred as the tornado neared Guthrie. Luckily, most of the town of Guthrie was spared to the tornado as it moved west and then north of the center of the city. Finally, the tornado dissipated northeast of Guthrie with some minor tree damage. After it was all said and done, the tornado continued for 63 miles, and lasted around an hour and 45 minutes. Monetary damage estimates were not available.

Images and Radar via NWS Norman 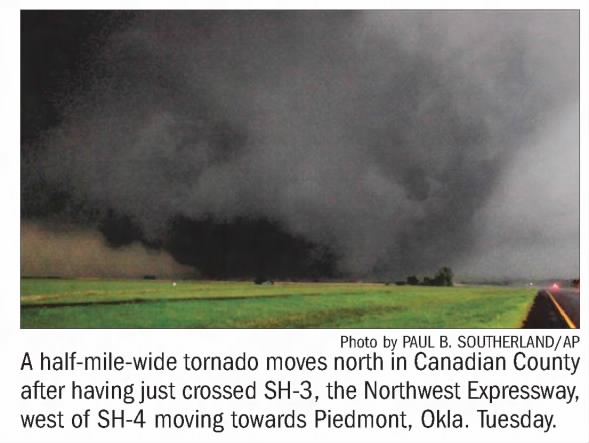 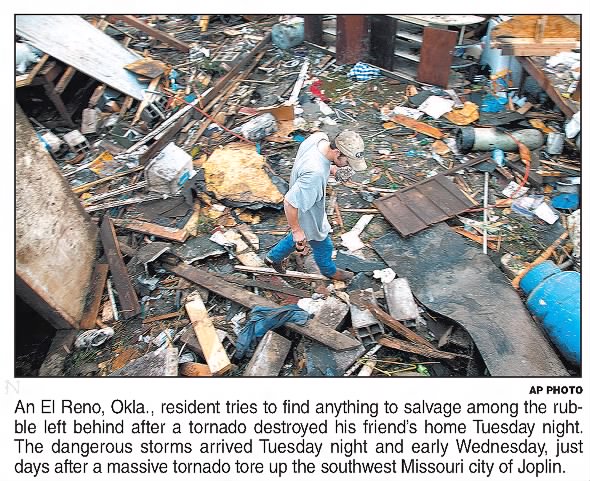 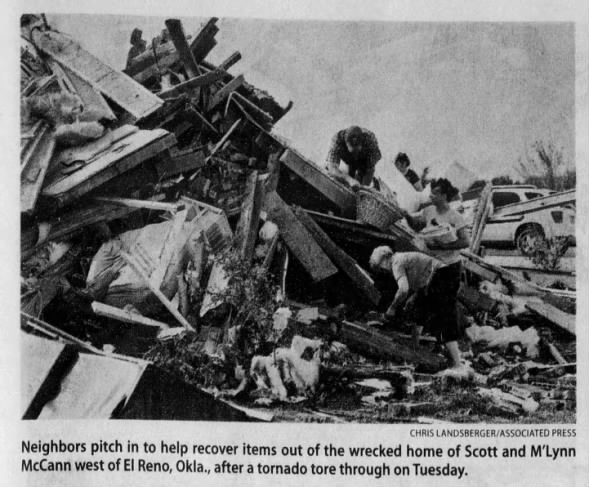 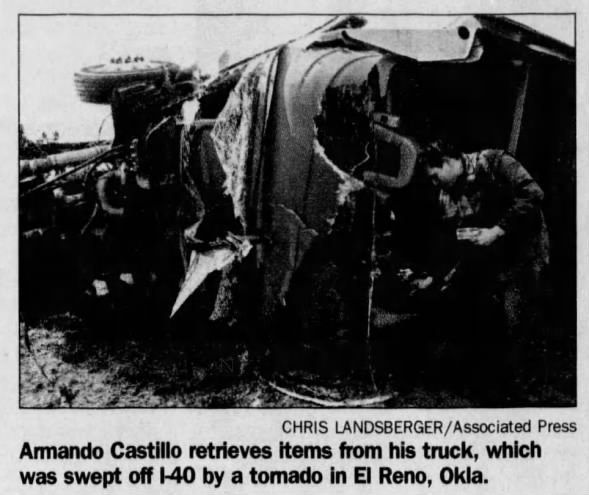 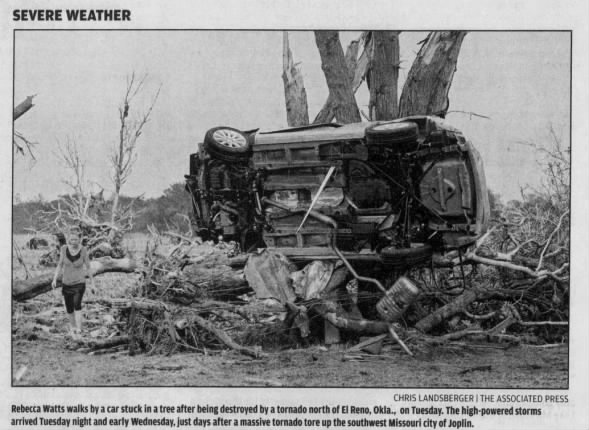 NWS Norman Summary on this Event

Overview of the 24 May 2011 Tornado Outbreak – AMS Presentation