It is known as the “Candlestick Park” tornado, named after a shopping center in south Jackson, MS, which was completely destroyed. Per the SPC, the path length was 202.5 miles.  It moved through portions of MS and then into AL.  The maximum width was 900 yards.  There were 518 injuries, and 58 fatalities reported—57 deaths in MS and 1 in AL.

We gathered the information for this event from the SPC & NCDC Databases, the March 1966 Storm Data Narrative, Thomas Grazulis in Significant Tornadoes, and from a detailed summary from the NWS Jackson, MS.

The main discrepancies with this event are:

From the NWS Jackson Summary Page of the "Candlestick Park" Tornado

“At the Continental Can Co. in Flowood, salesman Don Clunion, 23, herded fellow employees into the firm’s big vault after seeing the tornado ‘like a big, black ice cream cone.’

‘I guess the whole thing lasted 10 seconds’ he said, ‘Through the crack in the vault door we could see the building coming down around us. It happened so fast nobody could think.'” -Delta Democrat-Times Newspaper

Event Details from Thomas Grazulis in Significant Tornadoes in MS

Event Details from Thomas Grazulis in Significant Tornadoes in AL

Photos from the NWS Jackson Summary 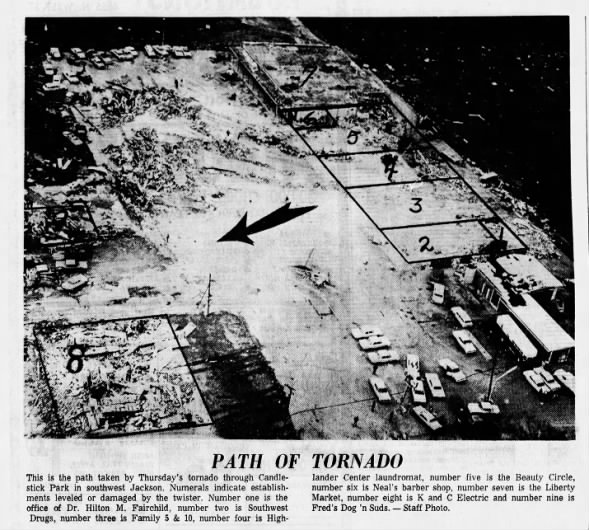 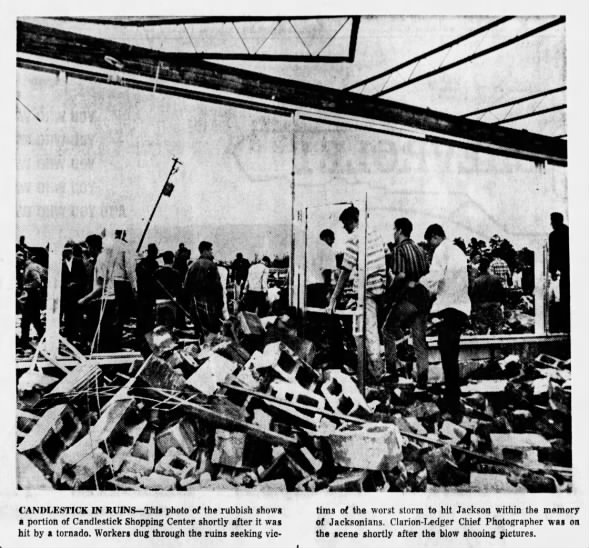 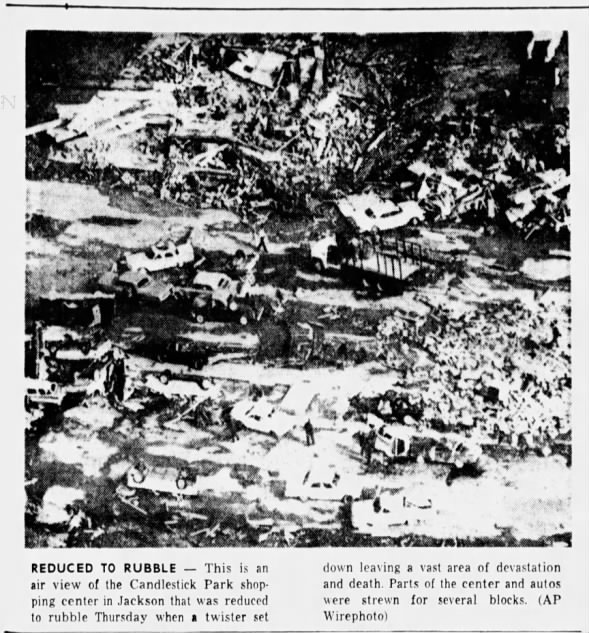 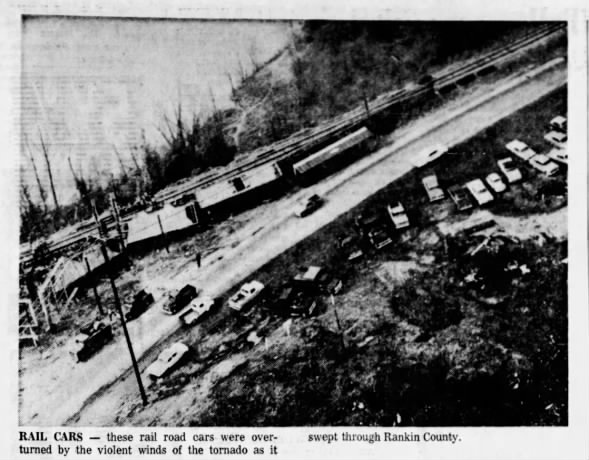 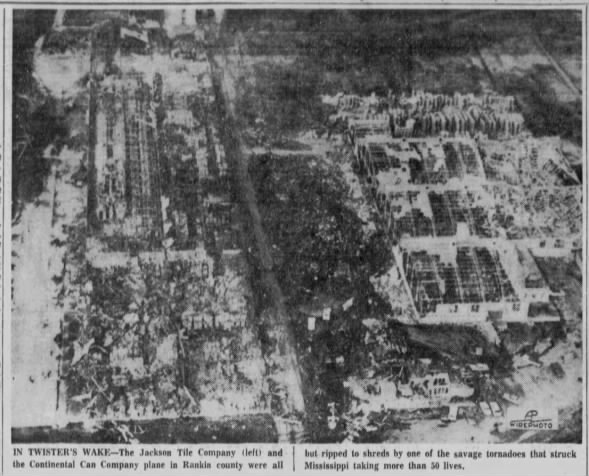 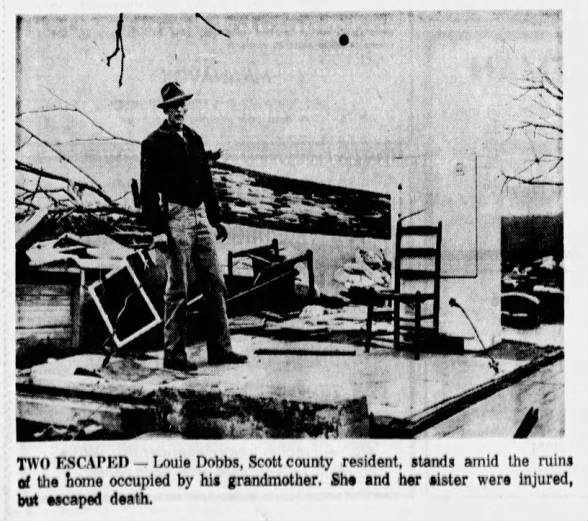 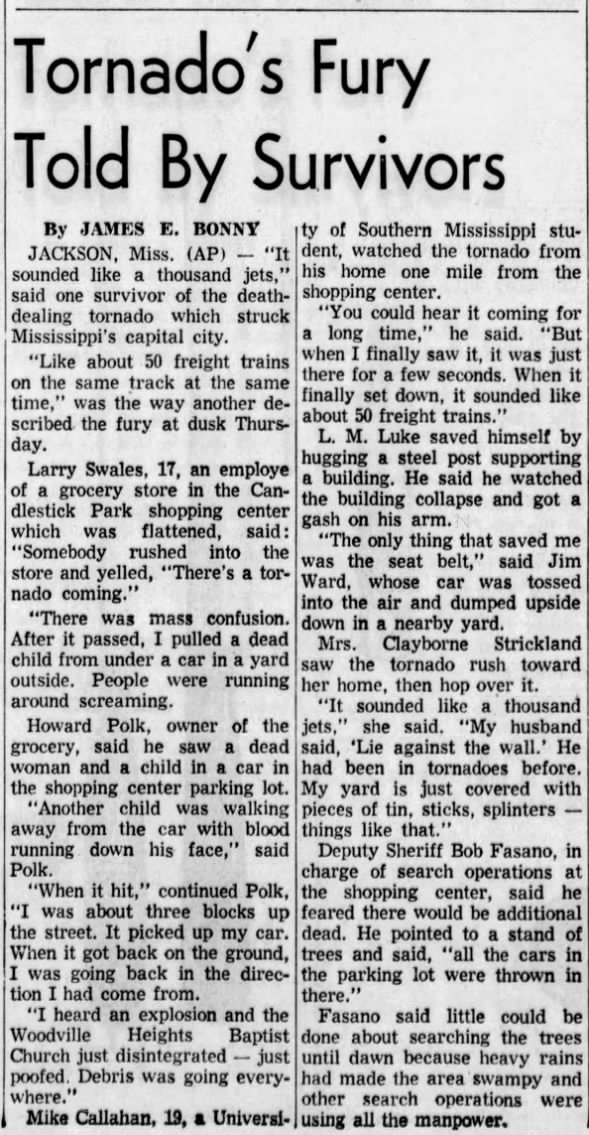 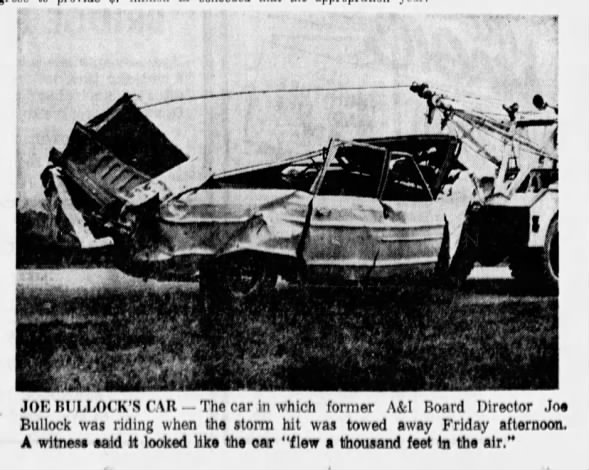 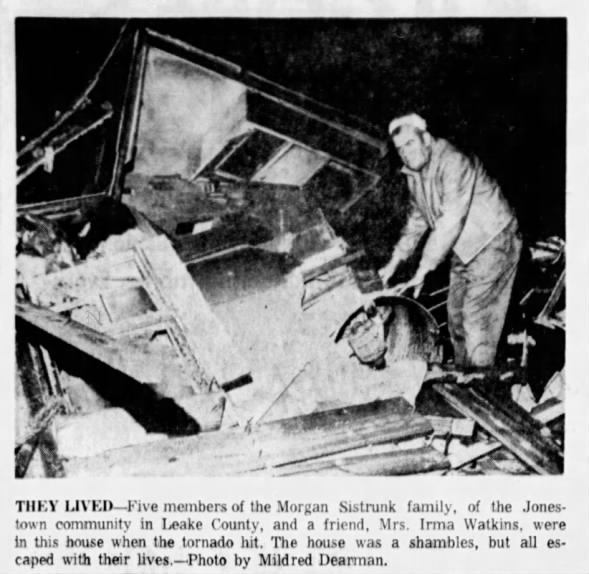 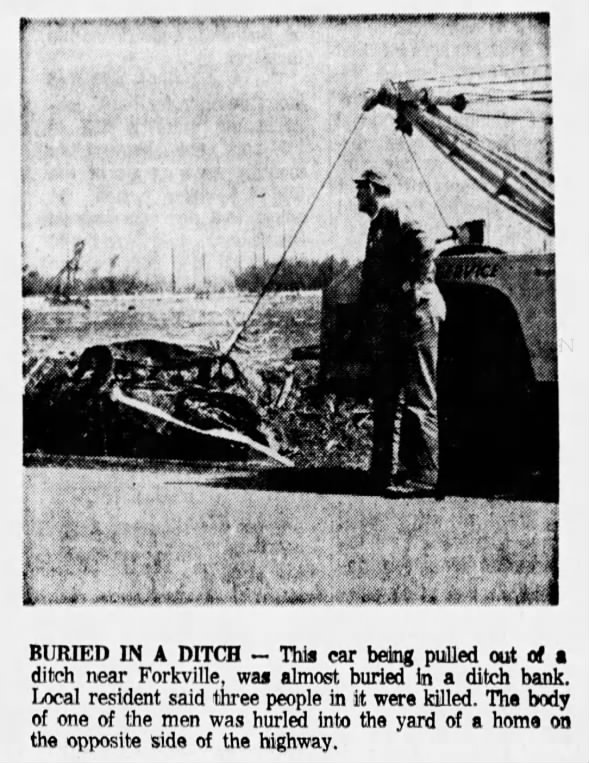