It is called the “Governor’s Tornado.”  The twister moved 14.8 miles through parts of Fulton County, GA, on March 24, 1975.  It began in West Atlanta, moved to the northeast at approximately 50 miles, and ended in the Brookhaven Area.  It hit an industrial area, two large apartment complexes, several businesses, and hundreds of “fine homes.”  It also hit the Governor’s Mansion located off West Paces Ferry Road.  550 families were reported homeless.  The damage was estimated at $56.5 million. 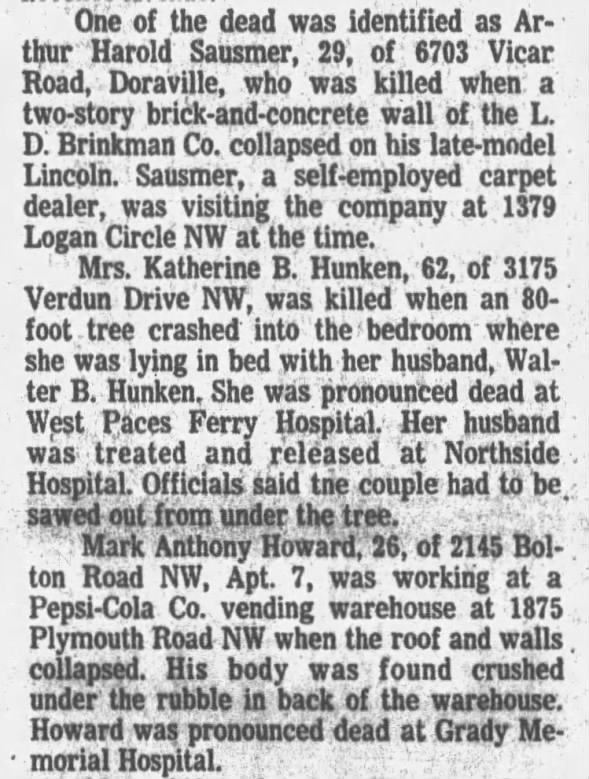 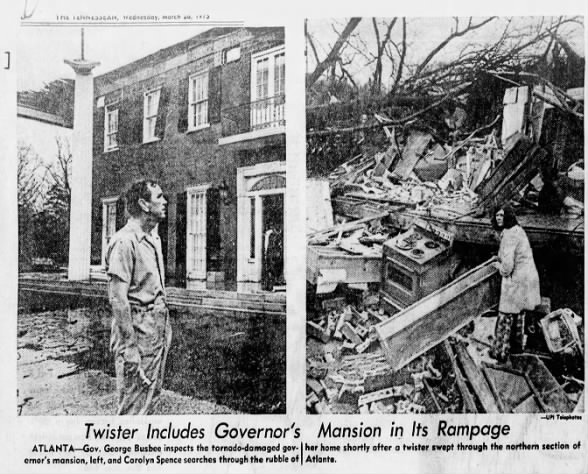 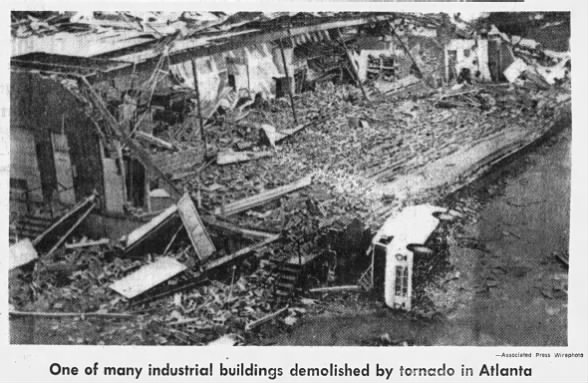 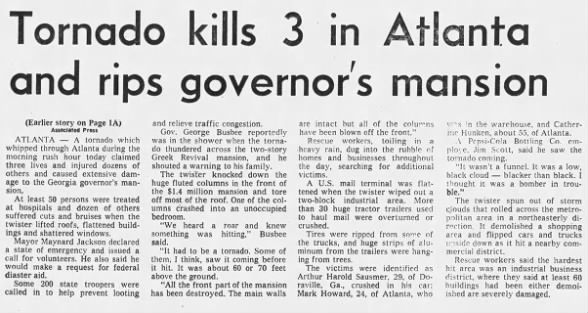 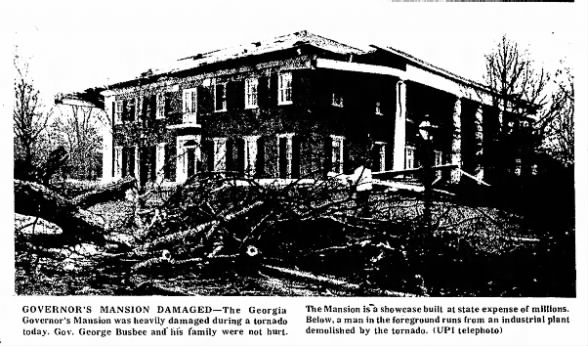 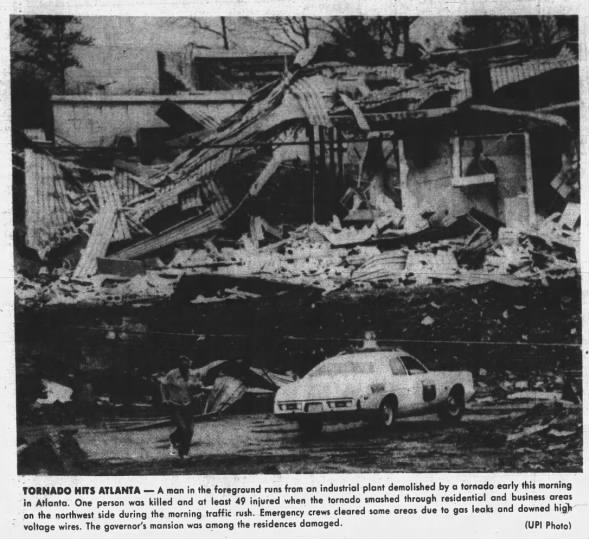 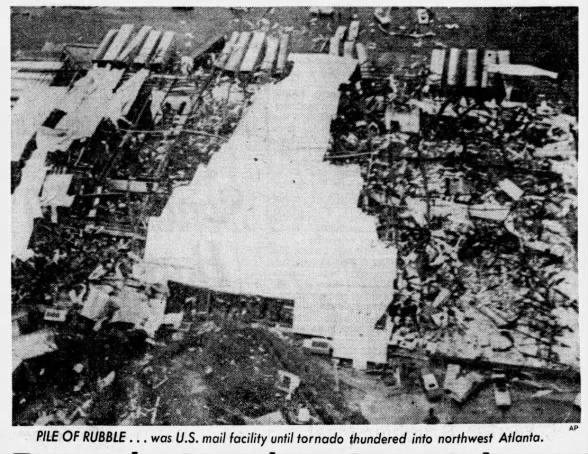 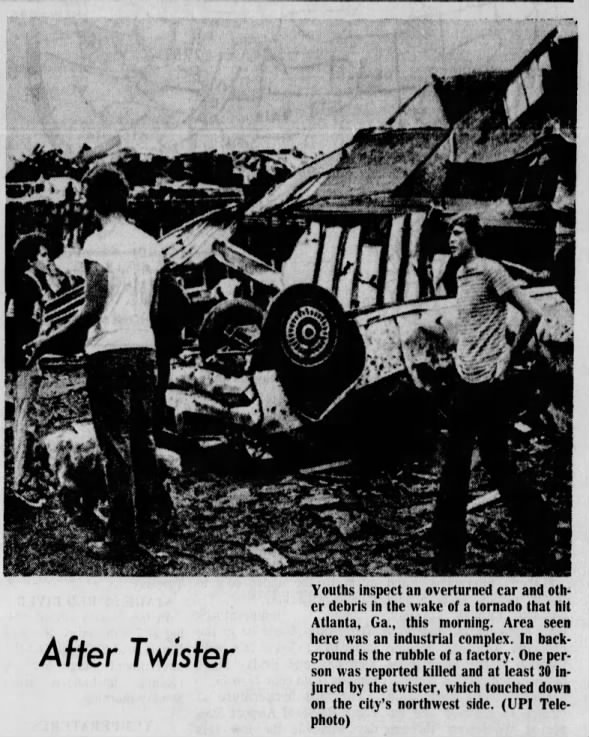 We gathered information for this event from the SPC & NCDC Databases, the March 1975 Storm Data Publication and Thomas Grazulis in Significant Tornadoes and found the following differences:

Monthly Weather Review Article about the event from August 1976