It lasted 4 minutes.  An F4 tornado tore through the heart of Greenwood, AR on April 19, 1968.  Total path length was 2 miles and the maximum width was 300 yards.  In a blink of an eye, 14 people lost their lives and there were 270 injuries reported.

Per Thomas Grazulis in Significant Tornadoes:  Most of the Greenwood area was “reduced to matchsticks and kindling.”  The tornado passed through downtown and residential areas, producing a “sea of rubble.”

Per the Storm Data Narrative, over 400 homes were lost or damaged.  60 business units were destroyed or damaged.  At the time, it was the most destructive tornado since 111 were killed in the Judsonia tornado in March 1952. 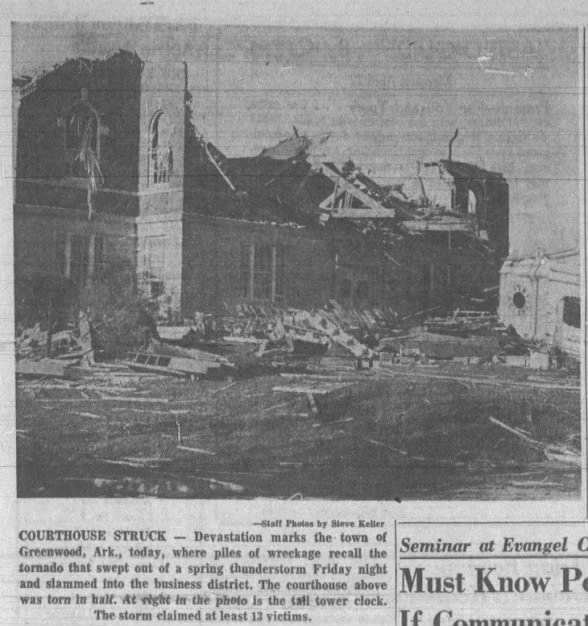 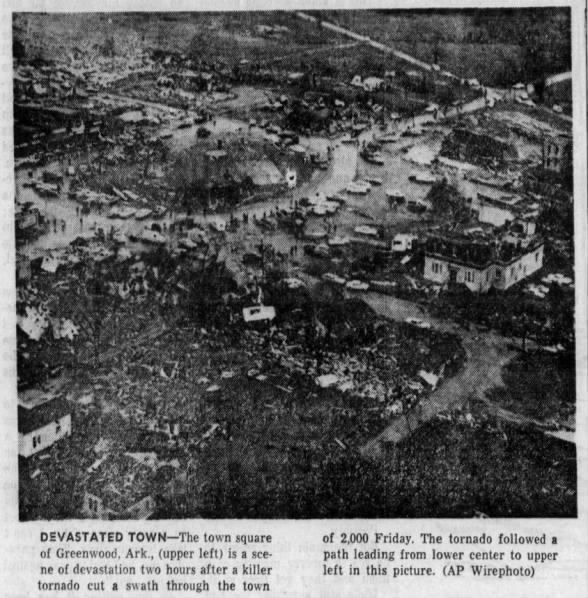 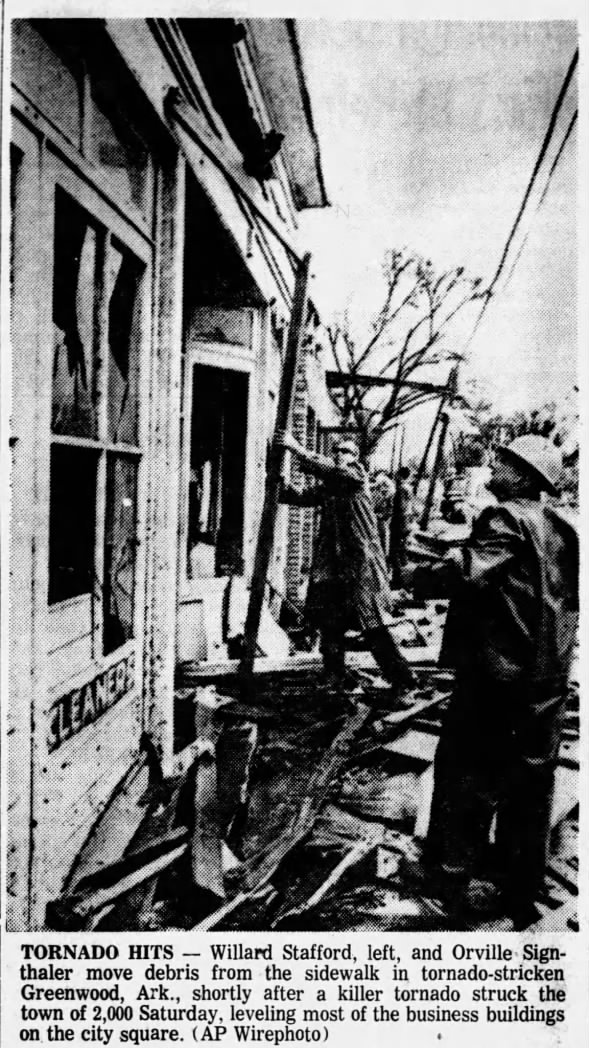 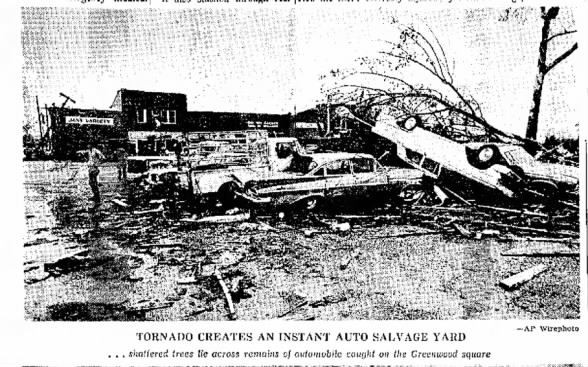 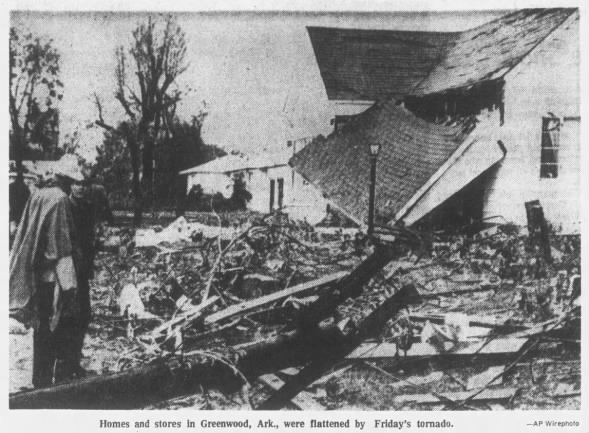 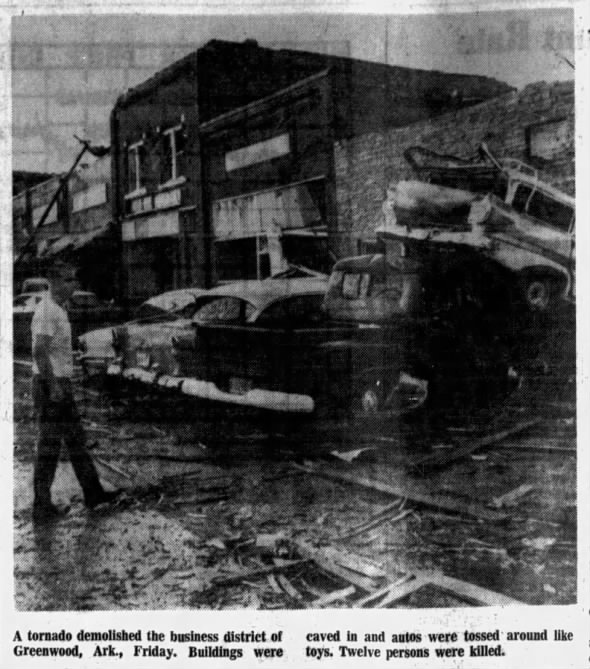 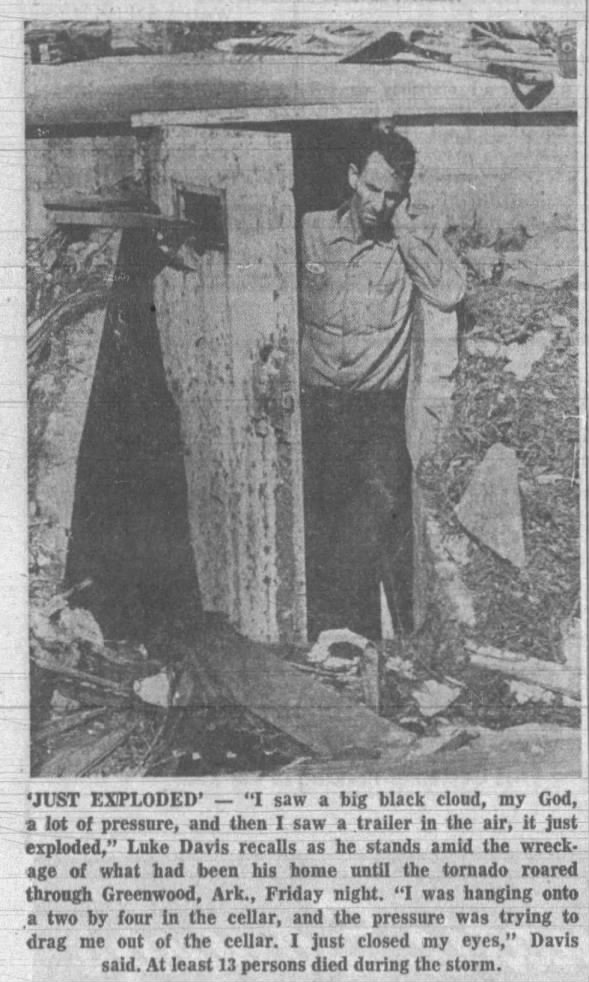 Remembering the Tornado of 1968 – Article via the Greenwood Democrat