On December 14, 1987, a tornado developed four miles SW of West Memphis and tracked northeast at 60 mph. It traveled 12 miles in Crittenden County (AR) before crossing the Mississippi River into Shelby County (TN) where it moved another 13 miles before lifting near Millington.

Per the NWS survey: 235 homes and 35 businesses were destroyed or sustained heavy damage. 1500 people were left homeless in West Memphis (nearly 5% of the population at the time). The entire county was without power as the tornado severed two 500,000 volt power lines and three 161,000 volt lines. There were six fatalities blamed on the event.

The tornado came within 400 yards of a dog racetrack which had 6000-7000 people in attendance. No-one was hurt at the track.

The tornado entered Shelby County, TN at Chicken Island approximately four miles north of the I-40 bridge. The greatest damage in Shelby County, TN was to the Northhaven housing development. 30 homes were destroyed, 58 severely damaged and 105 with minor damage. There were 21 reported injuries.

Thomas Grazulis in his Significant Tornadoes Book documented how all of the fatalities occurred: 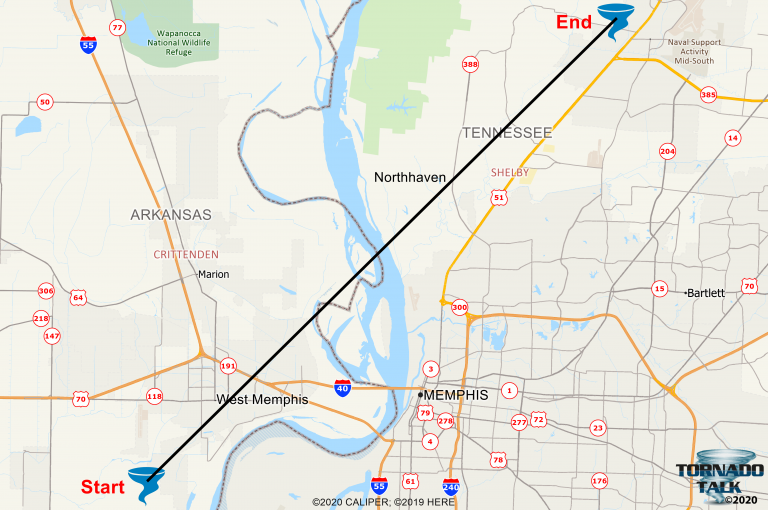 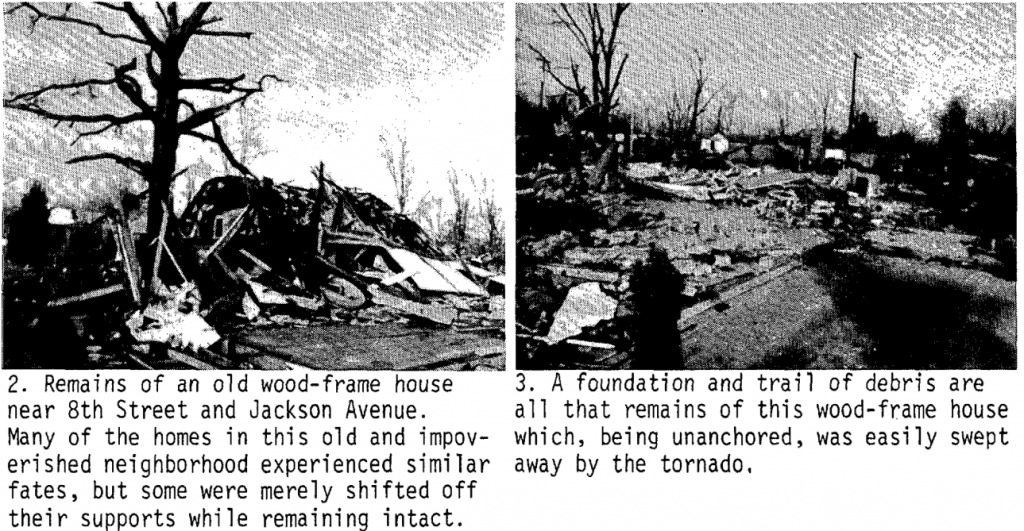 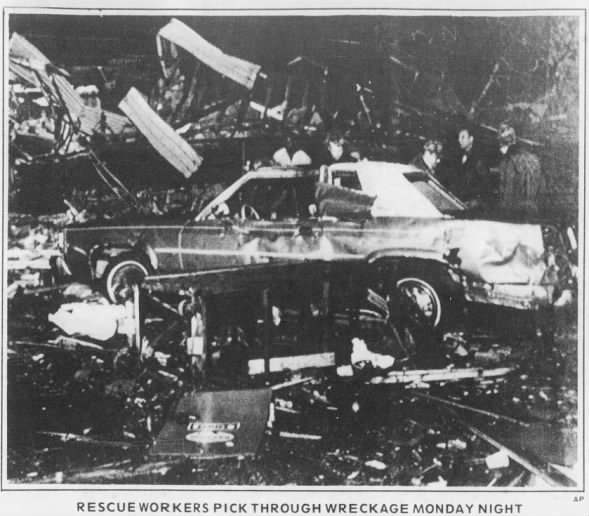 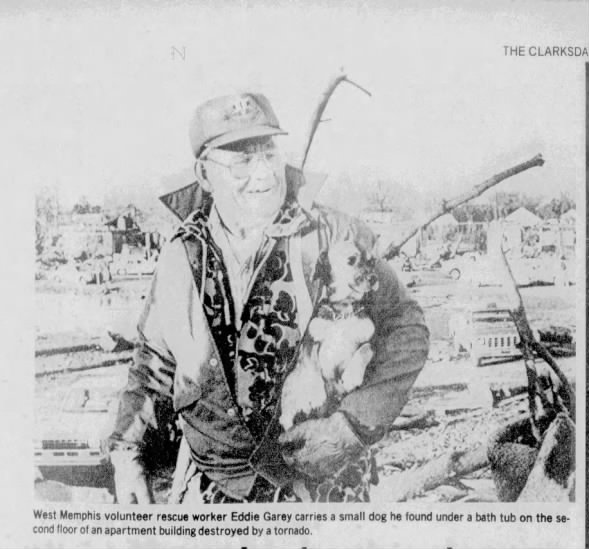 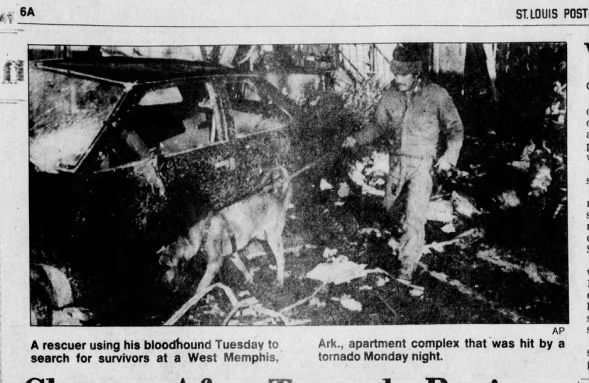