The topic of our summary: a long track, well documented event:  The Wichita-Andover, KS F5 Tornado.  Information for this summary was gathered from the Storm Data Publication, an overview from the NWS and from Thomas Grazulis in Significant Tornadoes.

The Wichita-Andover tornado was the 3rd in a family of 4 tornadoes that pushed through South Central KS.  The first tornado was rated F0 and damaged a roof NE of Anthony, KS.  The 2nd tornado also rated F0 passed NW of Argonia, KS.  It hit no buildings.  We’ll get back to #3 in a minute.  The 4th tornado was an F2 that touched down at the NE endow El Dorado Lake and moved parallel to the Kansas Turnpike.

Tornado #3 developed 5 miles South of Clearwater in Sedgwick County and quickly became a muli-vortex tornado.  Per Thomas Grazulis, “Damage was extensive in the northern part of Haysville, south and southeast of Wichita, and across McConell Air Force Base.”  Per Storm Data, there was $62 million damage to the AFB.  “The damage could have been much higher as it missed a flight line of B-1B bombers by 1,000 feet.”

In Butler County, F5 damage occurred across the southern part of Andover.  Large frame homes were demolished.  The Golden Spur Mobile Home Park was hit and per Storm Data, “Experienced tornado damage surveyors said the damage to the mobile home park was among the worst they had ever seen.”  13 people lost their lives at this mobile home park.

To the NE of the Golden Spur, a vehicle was found in a field so badly damaged you couldn’t tell if it was a car or truck. 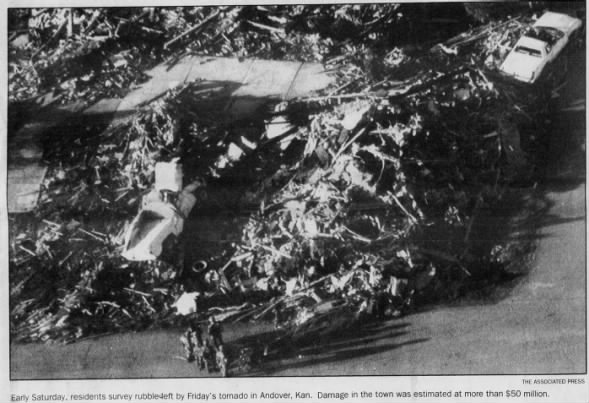 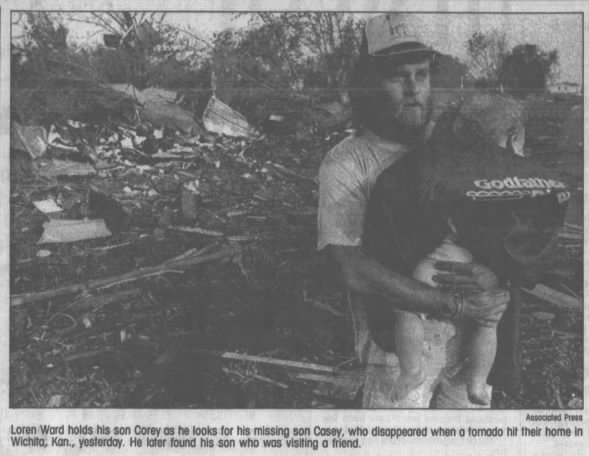 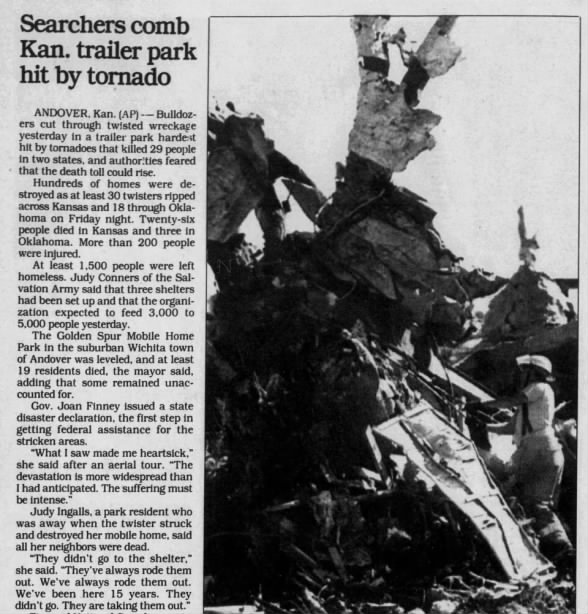 We gathered information for this event from the SPC & NCDC Databases, the April 1991 Storm Data Publication and Thomas Grazulis in Significant Tornadoes and found the following differences: