One of the largest fall tornado outbreaks in the US occurred from November 21 through November 23 in 1992.  There are a variety of reports on this event and with that a variety of tornado totals for the event.  Most of my information on the event as a whole comes from the NOAA National Disaster Survey Report entitled: “The Widespread November 21-23, 1992 Tornado Outbreak:  Houston to Raleigh and Gulf Coast to Ohio Valley.  I accessed that document here.

This outbreak began early on Saturday afternoon, November 21, 1992 in Southeastern Texas.  For the next 48 hours, numerous storms spawned a deadly outbreak of tornadoes across 13 states.  Per the survey, “a total of 94 tornado tracks were identified during this widespread episode which was usually intense for November.”  There was a total of 6 tornadoes rated F4 and 15 rated F3. Over 600 injuries reported and twenty-six fatalities.  14 of the 26 deaths occurred in mobile homes.  15 of the 26 fatalities were in the state of Mississippi.  Damages were estimated at $291 million.

Here is a table from the NOAA survey.  It is a summary of the deaths that are attributed to this outbreak:

The NOAA Survey does an excellent job summarizing this outbreak by state. I will give generalized details from the document.  As time goes on, I will delve more deeply into some of the individual tornadoes.  Right now, I have detailed summaries for the following events (click the event to go to that specific page): 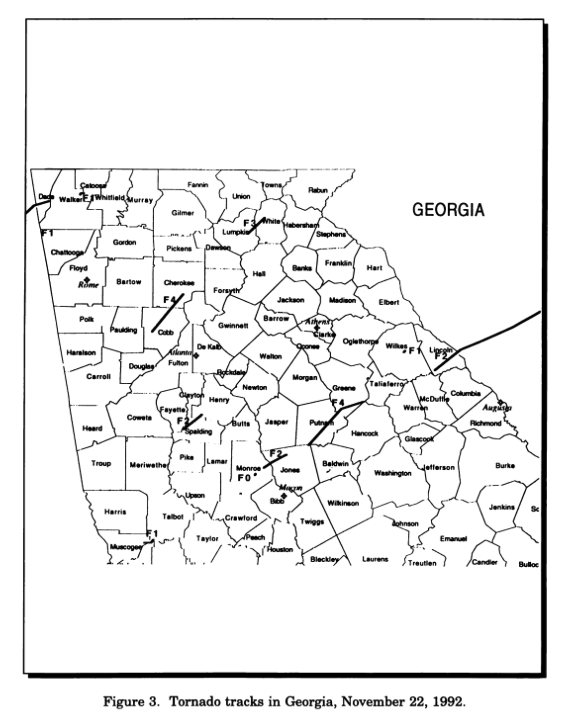 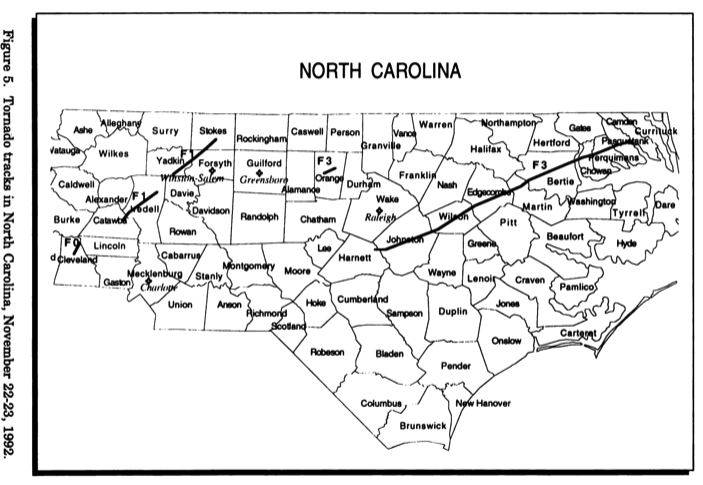