Corrected coordinates Based on Analysis of Aerial and Satellite Imagery:

A devastating tornado outbreak ravaged parts of Ohio and Pennsylvania on May 31, 1985. One of the hardest hit counties on that day was Crawford in Pennsylvania. Six tornadoes occurred, two of which were given an F4 rating. The tornadoes left 11 people dead, over 75 others injured, and caused nearly $3 million in damage. Residents were still cleaning up the wreckage on June 22 when another outbreak affected the area. Per the Storm Prediction Center, six tornadoes were confirmed. Three of them were in Crawford County, and two would cross the damage paths of two tornadoes from May 31. The strongest twister was a long-tracked F2 which is the focus of this summary.

This tornado first began in Thompson, in Geauga County, OH. Several trees were blown down, a barn collapsed, and a few homes sustained minor damage. It then skipped through mostly rural areas of Ashtabula County. In Trumbull Township, a mobile home was destroyed, and the two occupants were hospitalized. Near Jefferson, the twister knocked down many trees and tore up tents at the Buccaneer Campground. It passed across the northern part of Jefferson, where six homes sustained extensive damage.

In eastern Ashtabula County, near Pierpont, a barn was destroyed. Steven Gagnat and his two kids were in the barn when it was flattened, but they were not injured. An addition to their home was demolished. A nearby trailer was rolled, and an elderly man inside was slightly injured when he was thrown out of bed. The funnel crossed into Crawford County, PA, about one mile north of Pierpoint, and into the Beaver Center area.

Once it crossed the Pennsylvania border, it strengthened to an F2 as it ripped into the Gary Artman Farm off of Beaver Center Road. At the farm, the twister leveled the barn and a garage. It tore off part of the home’s roof. Next it flattened a sawmill located just off Fisher Road. Near the mill was Paul Lamb’s residence; the roof was partially ripped, the east wall was blown out, and his garage was destroyed. Next in line was the home of Darrell and Walker Brickner. Darrell photographed the funnel before running for cover. The Brickner brothers and their sister, Faith, hid in their basement, and a tree was thrown onto their house. The tornado then passed through Springboro and Crossingville, where damage was confined to numerous snapped and uprooted trees. The tornado then ripped the roof of the house of James Van Zandt at the Intersection of Shadeland Road and Route 98 before it dissipated.

Photograph sequence of the tornado taken by Darrell Brickner 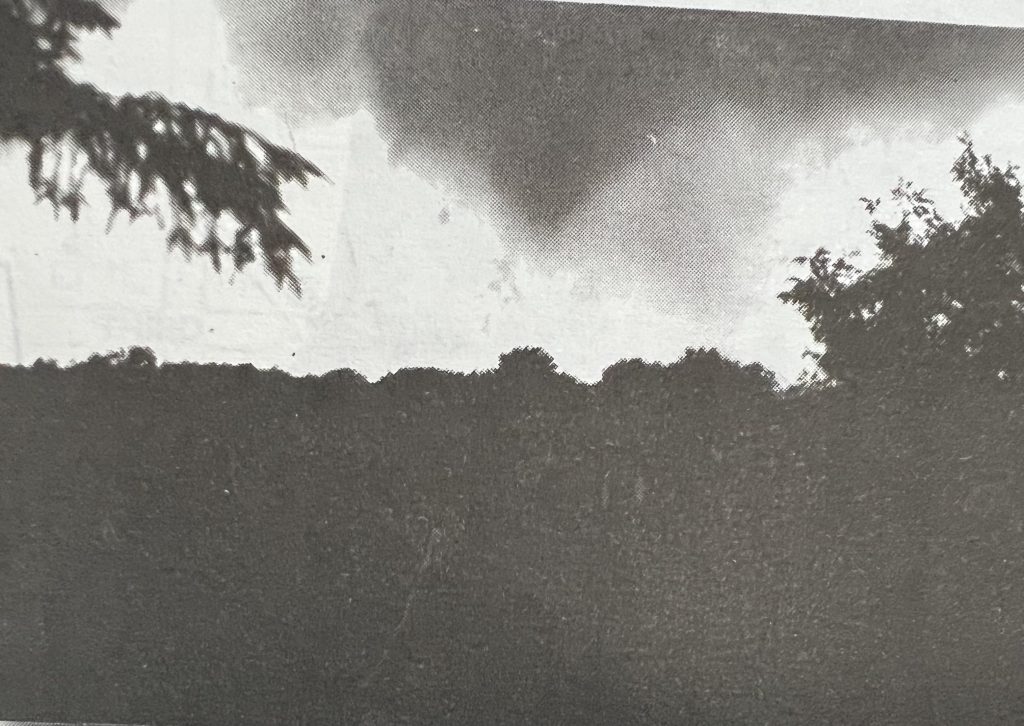 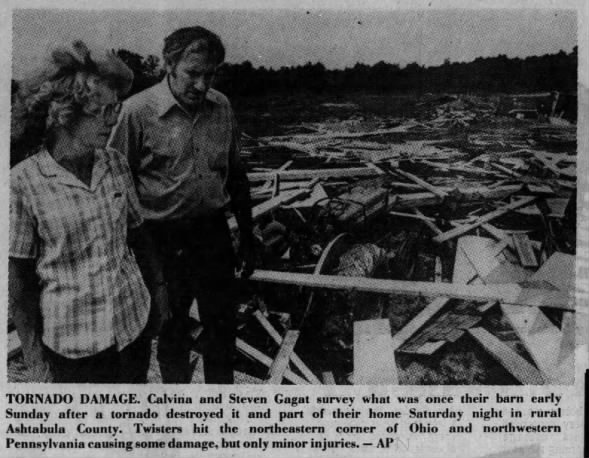 We gathered information for this event from the SPC and NCDC Databases, the June, 1985 Storm Data Publication (SDP), Thomas Grazulis in Significant Tornadoes, and from newspapers.com