This summary looks back at a possible tornado family that moved through parts of Monroe, Cumberland, Adair and Russell Counties in Kentucky.  Information for this event came from the following resources:

Here are the stats on this event from Thomas Grazulis & the NWS Louisville:

The NWS in Louisville has a summary about what occurred during this event.  Here is a breakdown of details:

Since we don’t have official coordinates, I used the information from The NWS Louisville and Thomas Grazulis to map the tornado track.  The tornado developed SW of Tompkinsville and moved right through town.  It moved NE through Cumberland County and into SE Adair County.  The Cundiff area was mentioned.  It moved into Russell County, roaring near Russell Springs.  Lifted near Casey County line. 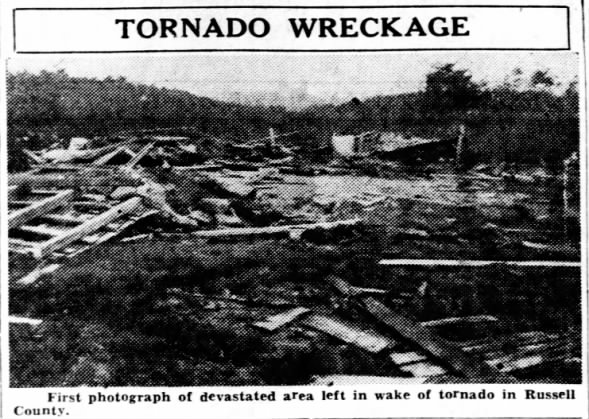