“It looked like we were driving into a dump site, or a burned out slum, or what I would imagine a bombed out city would have looked like after World War II.” – These are the words of Steve Ulmen.  He was 22 and a senior member of the Mankato Civil Air Patrol squadron when an F5 hit Tracy, MN on June 13, 1968.  He was dispatched to Tracy on a search and rescue mission.  (Minn Post).

Eleven tornadoes were confirmed on June 13, 1968.  5 were in the state of Minnesota.  All rated F0…but one.  This devastating tornado struck just after 7pm.  It traveled close to 13 miles (Per Storm Data Publication).  There were 9 fatalities.  The exact number of injuries is not clear.  There were at least 125.  110+ homes had major damage.  13 farms and 10 businesses were destroyed.  Per the Minneapolis Star (June 14, 1968), the force of this tornado lifted a boxcar from the tracks and moved it 1 1/2 blocks into a residential section.

The path is too far west.  The tornado went through downtown Tracy.  Also it ended in Redwood County, that is not indicated here.

Here are the official coordinates for the path from NCDC – this is broken down in segments by county:

This plot looks good actually until the final segment.  There are NO indications that this tornado made a sudden jog to the northwest.

Based on the narratives of the path in the Storm Data Narrative and by Thomas Grazulis in Significant Tornadoes, we adjusted the track map to include the starting lat/lon from SPC and NCDC and ending it in Redwood County (44.27 / -95.58).  Even this plot seems too far west because Tracy should be in the crosshairs of the tornado.

Morning After Coverage on WCCO 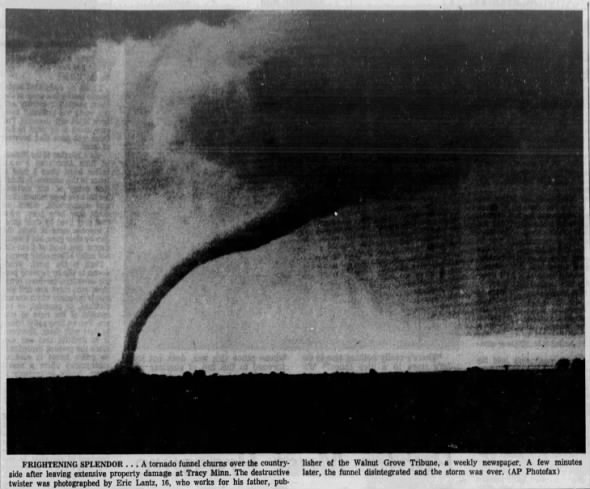 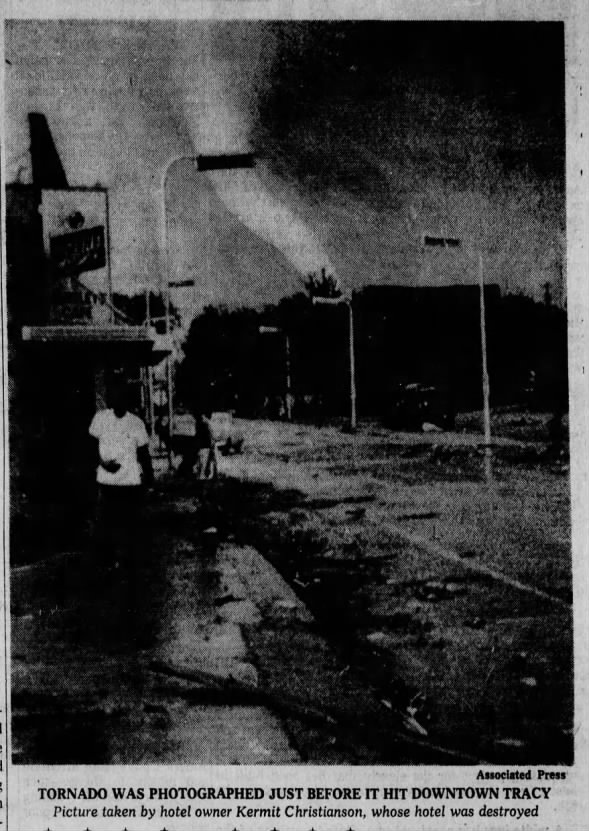 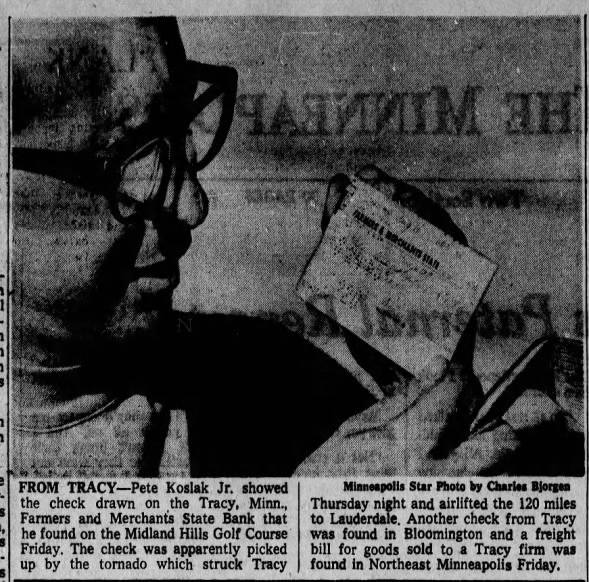 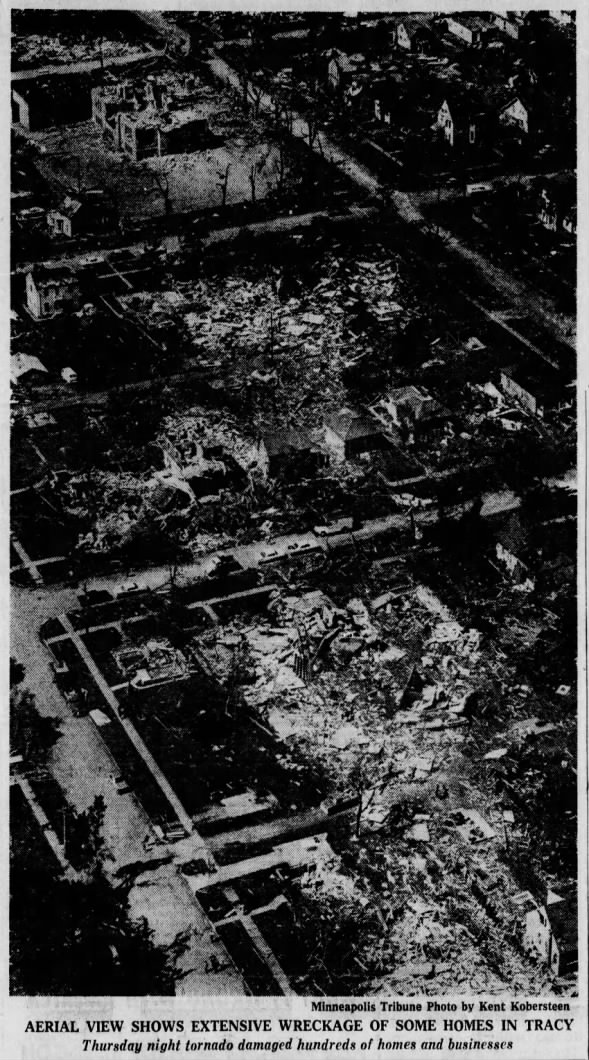 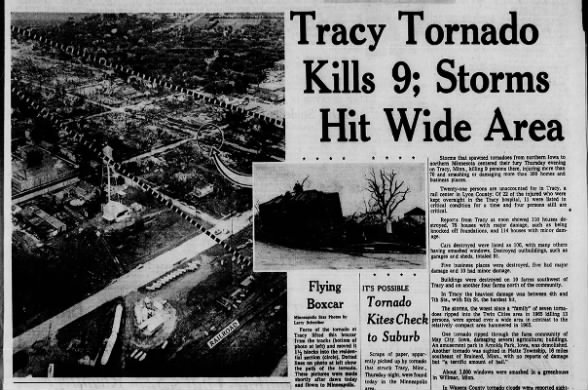 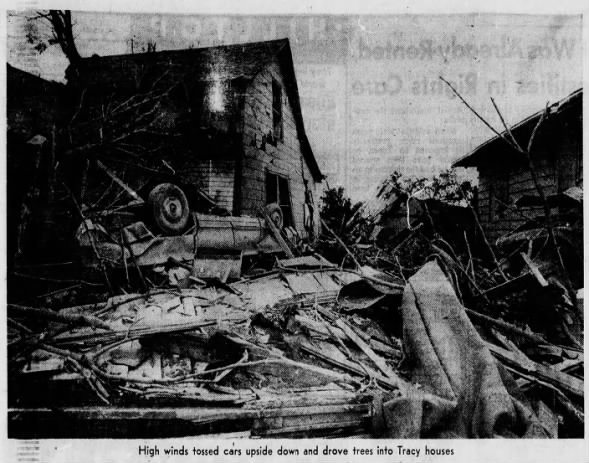 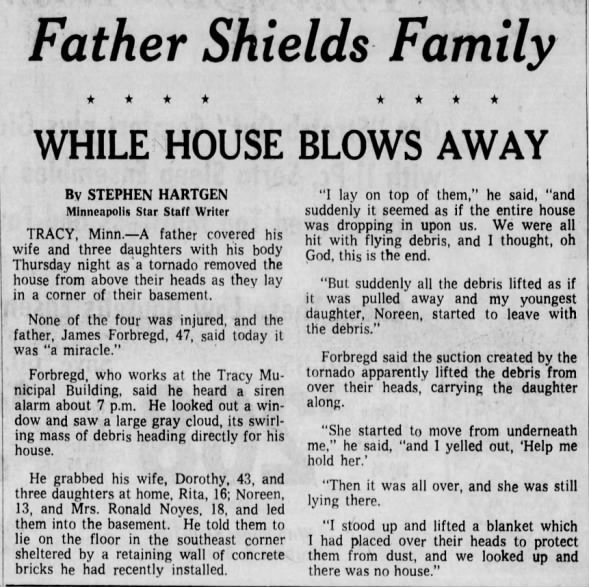 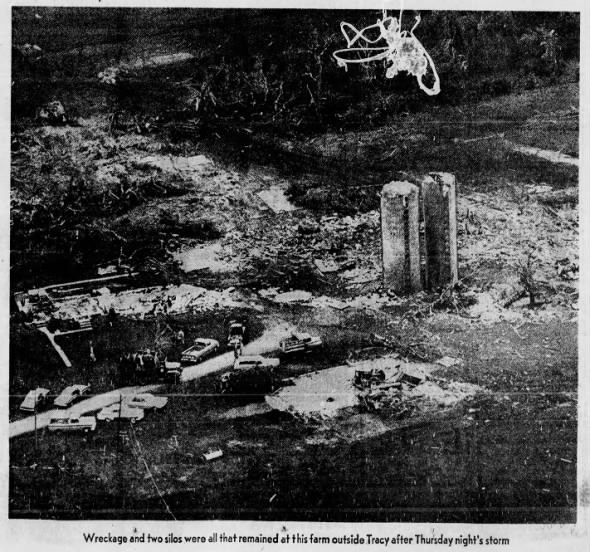 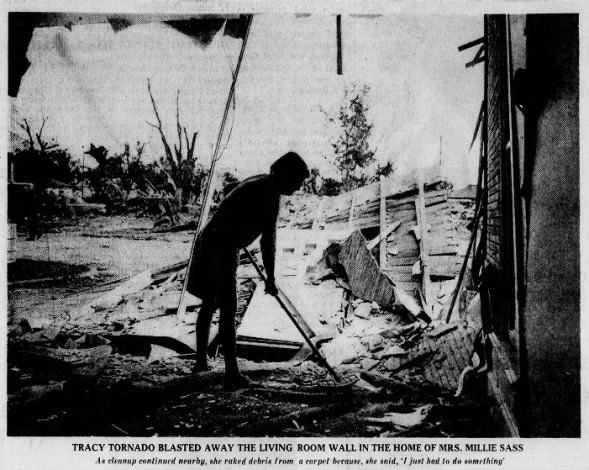 We gathered information for this event from the SPC & NCDC Databases, the June 1968 Storm Data Publication and Thomas Grazulis in Significant Tornadoes and found the following differences:

WCCO News Special on the deadly tornado that hit the town of Tracy Minnesota on June 13, 1968.