Twenty-four tornadoes were confirmed on December 16, 2000.  Half of those were in the state of Alabama including the strongest of the day.  It was a devastating F4 that pushed 18 miles through Tuscaloosa County.  Eleven were killed and 144 injured.

The tornado developed in the southwestern part of the county on the west side of the Black Warrior River and moved northeast.  It hit homes south of Shelton State Community College.  As it crossed SR 69, it hit a shopping center including a Winn Dixie.  East of this area, a residential area was struck.

At US 82, a number of mobile homes were destroyed and several of the deaths occurred here.  Minor damage occurred to the JVC manufacturing facility at I-20/59.  At exit 77 of this interstate, several hotels, fast food restaurants and truck stops were damaged and several cars overturned. Per the National Weather Service (NWS) summary of this event, “The tornado continued northeasterly for a couple of miles before dissipating rapidly. Ironically, the tornado dissipated as it moved into an open, unpopulated area.”

Nine fatalities occurred in mobile homes, one in a vehicle and one in a commercial building converted to residential use.  The youngest victim was Wesley Crowder, 15-months. 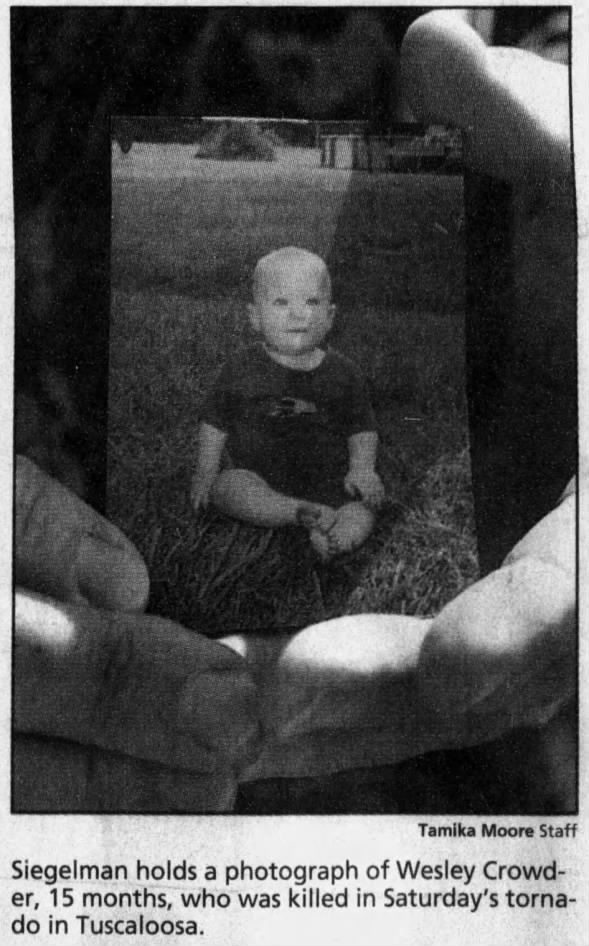 Researchers at the Wind Science and Engineering Research Center at Texas Tech University reviewed this event and published a report on their findings.  They deduced that the damage was more consistent with F2 winds.  From the report, “Investigation of the storm scenes revealed that the wind speeds which caused the observed damage were close to those usually associated with the F2 damage scale because of: (1) the basic design wind speed of the area, (2) the type of construction, (3) the quality of construction, and (4) the relatively high translational speed of the storm. Accounting for this criteria, the strongest damage caused by the Tuscaloosa Tornado can be explained by wind speeds corresponding to an F2 storm. Furthermore, the loss of life in this wind event is related to the type and quality of construction found in the damaged area.”

The NWS survey stated, “This tornado was rated an F4 on the Fujita Scale for tornado intensity. Tornado intensity varied along the path with considerable F2 and F3 damage in the area from just west of SR 69 to US 82 in the Hinton Place and Hillcrest Meadows areas as well as the Bear Creek area. It was also in these areas where pockets of F4 destruction occurred.”

A photo made its way to many newspapers after this event occurred.  It was taken by Michael E. Palmer of the Tuscaloosa News.  It shows Michael Harris carrying the body of an unconscious six-year-old girl from her damaged mobile home.  He rescued her from the rubble.  That little girl is now a young woman with a family of her own.  Her name, Whitney Crowder Daly.  Whitney lost her father and baby brother that horrible day in 2000.  Her brother was the youngest victim pictured above in this summary.  Whitney reached out to Meteorologist James Spann to share with folks how she is doing now and shared a picture of her new family.  Here is his post:

I received a note tonight from Whitney Daly; she survived the Tuscaloosa EF-4 12.16.2000 thanks to the heroic action of Michael Harris “I was hoping this year you could add a little joy by sharing a picture of my family with the story to show everyone how wonderful life can be!” pic.twitter.com/p4wlwMur7q 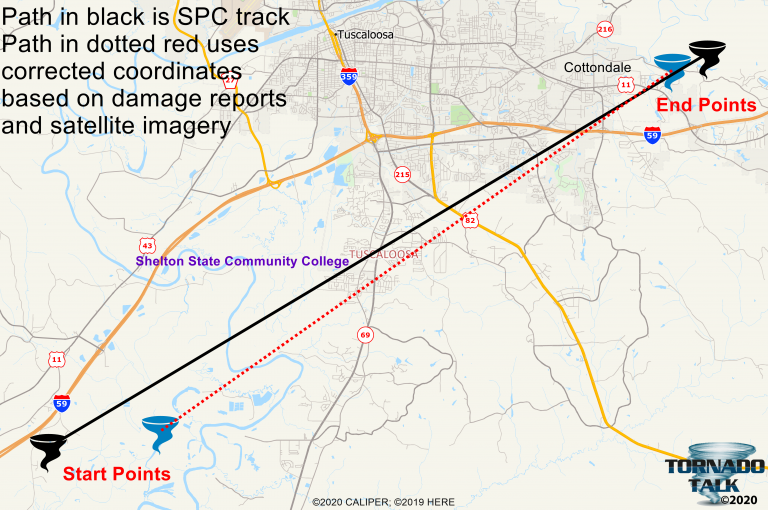 Corrected Coordinates based on damage reports and satellite imagery:

Live ABC 33/40 coverage of the Tuscaloosa F4 tornado.  It was captured live by the towercam in Tuscaloosa.

Collection from WVUA Chief Met Jon Mason’s coverage of the tornado as it passed through Tuscaloosa on WJRD, WVUA’s former call letters. 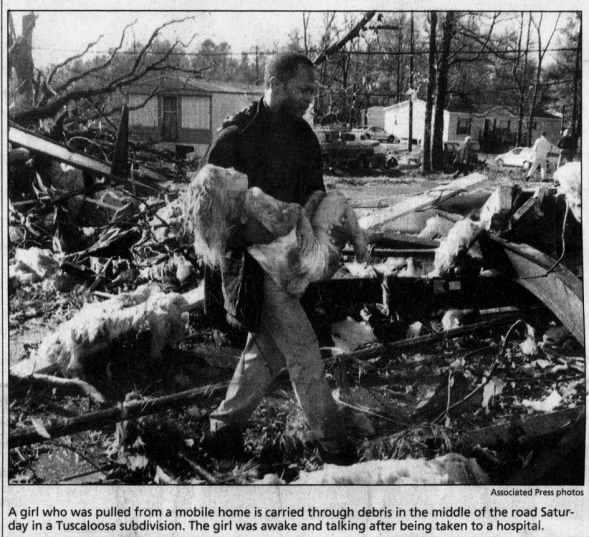 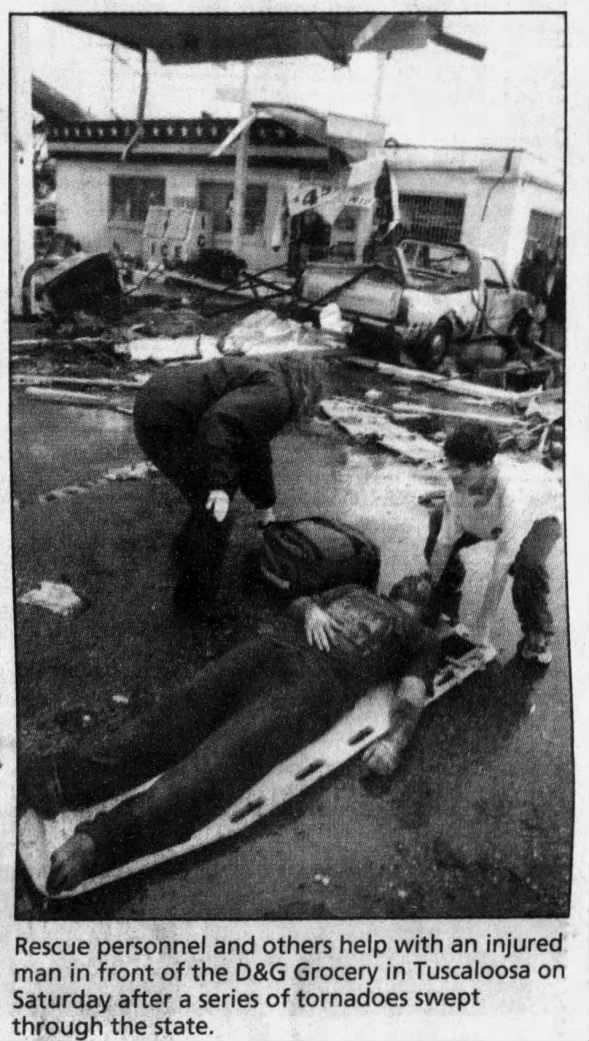 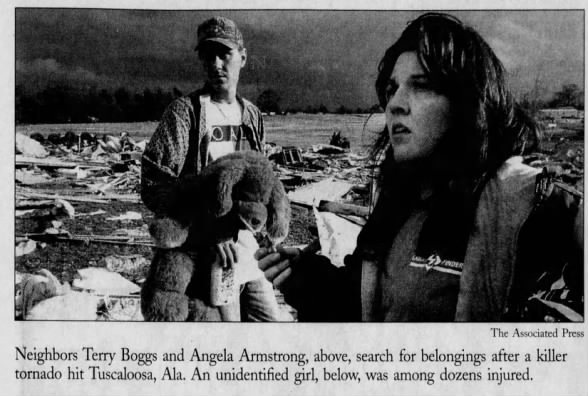 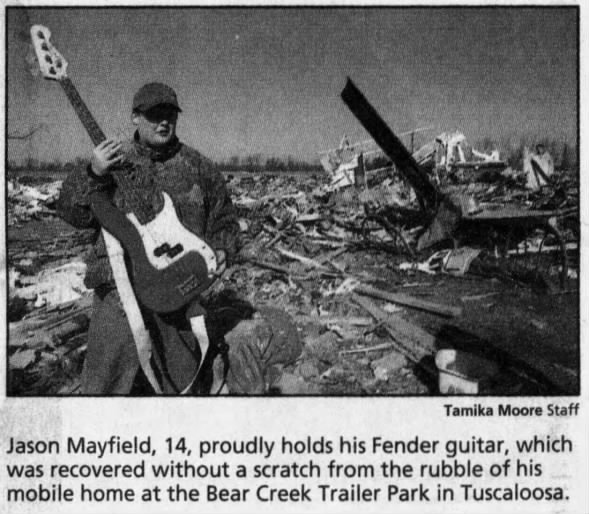 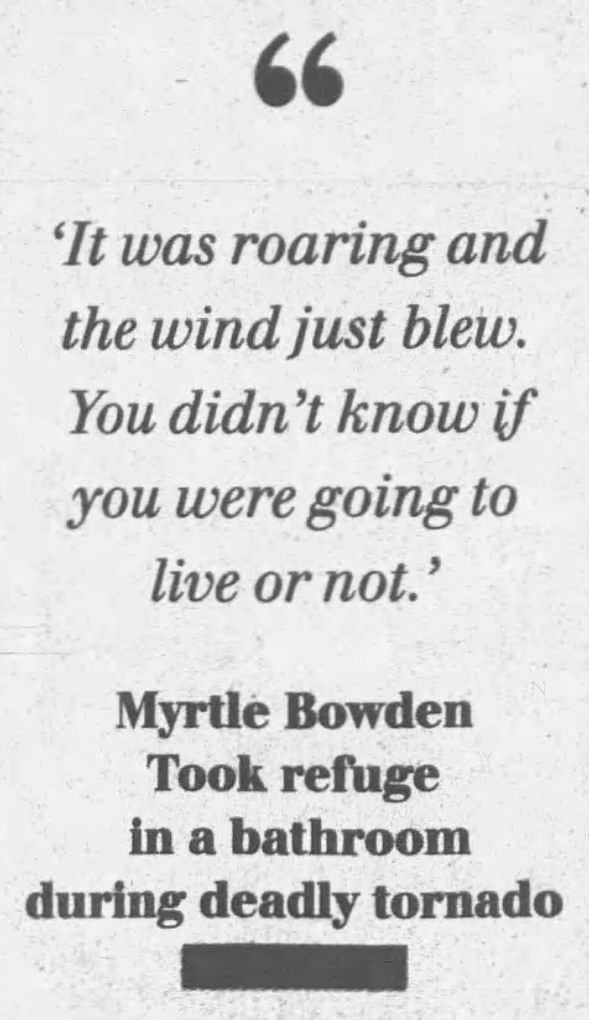 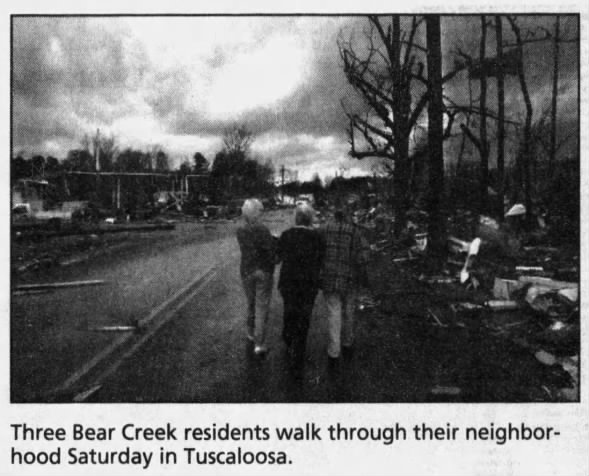 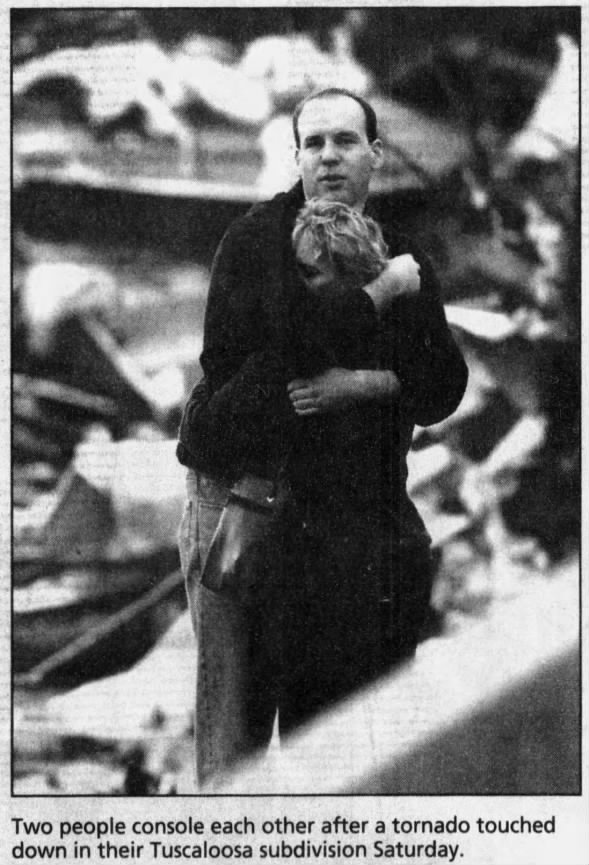 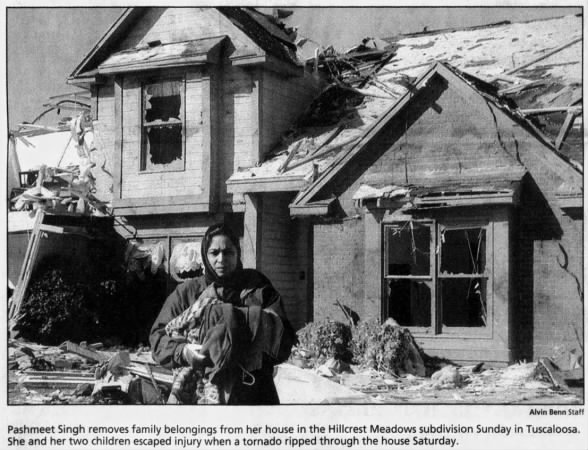 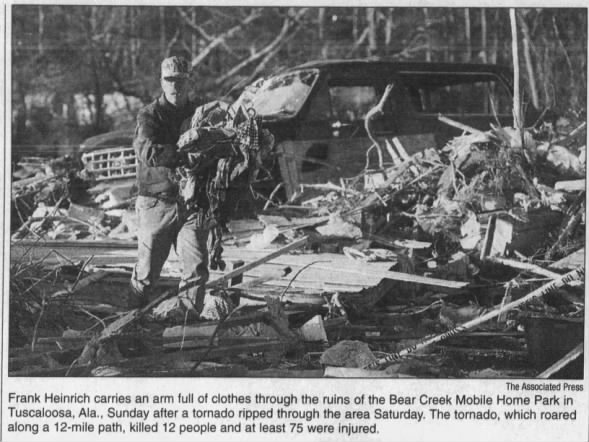 Overview of the Event from US Tornadoes