Seven tornadoes were confirmed on February 23, 1975, across parts of the south. This summary looks at a significant tornado, given an F4 rating, that crossed through parts of Tuscaloosa County, AL.  Per the NWS Storm Data Narrative, the tornado developed at Taylorville. The SPC coordinates show a start point SW of this area.  It moved to the NNE with a skipping path ending near Holt.  The narrative denotes the tornado touched the ground five times.

There was heavy damage south of Tuscaloosa; several homes were leveled.  In the SE part of the city, significant damage occurred at the intersection of I-59 and McFarland Blvd.  A new Scottish Inn Motel was destroyed.  23-year-old housekeeper Thelma Hill was killed when most of the second floor of the motel was sheared away by the tornado causing a wall to fall on her. (Murray, alabamawx.com).

There was heavy damage to a nearby restaurant and several other commercial buildings.  In the Holt area, about 30 homes were destroyed.  Falling trees damaged several other houses. 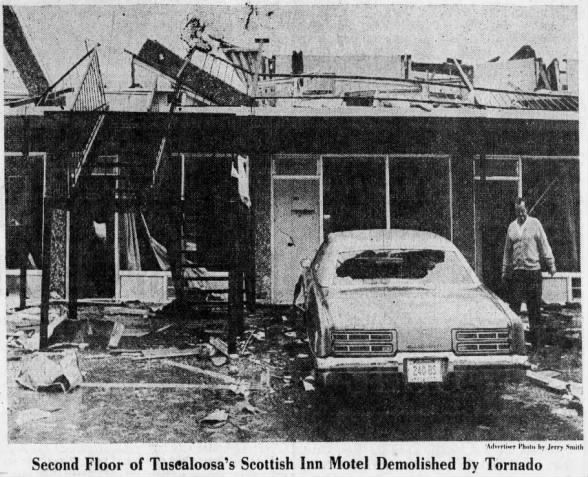 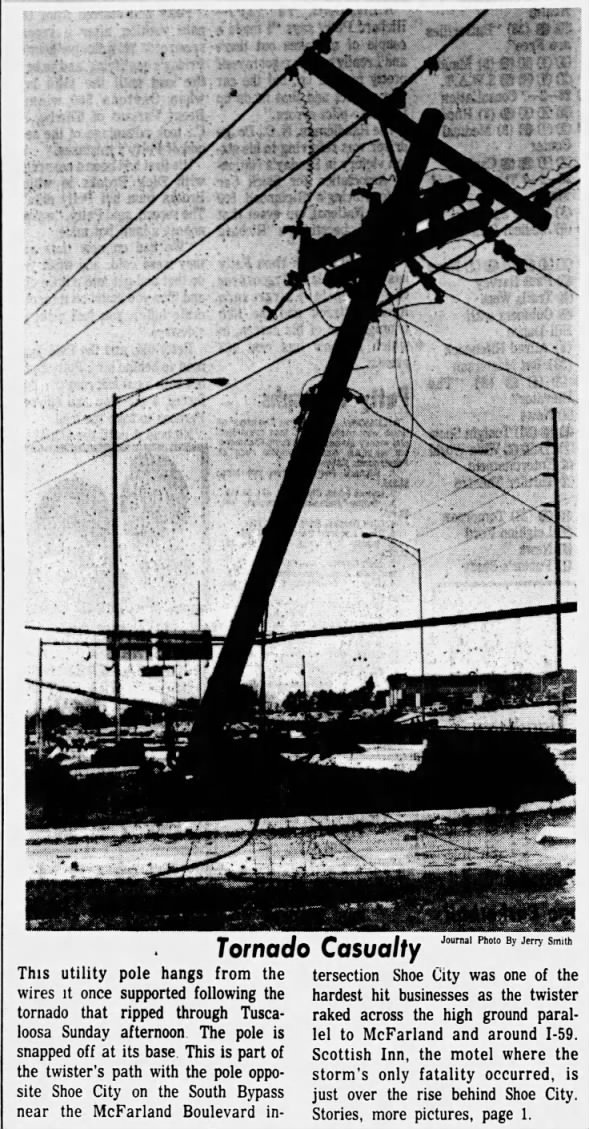 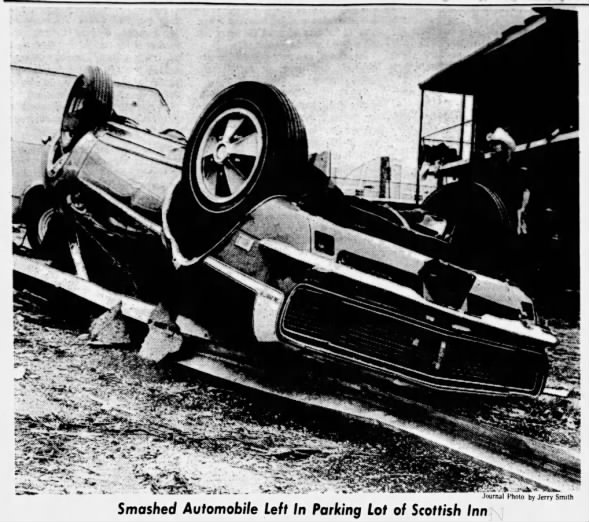 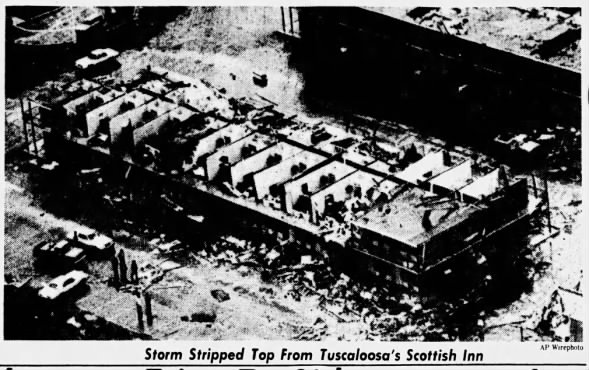 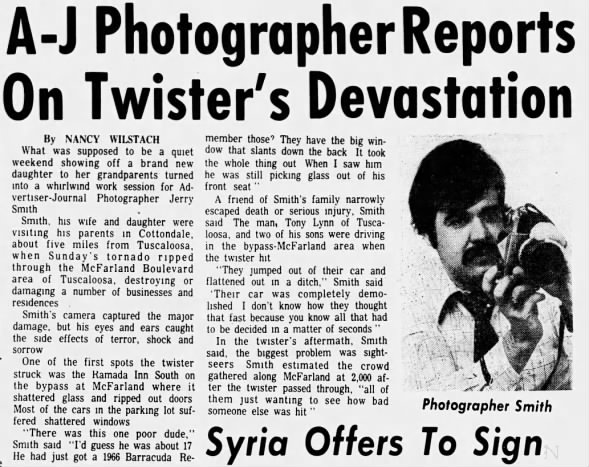 We gathered information for this event from the SPC & NCDC Databases, the June 1975 Storm Data Publication and Thomas Grazulis in Significant Tornadoes and found the following differences: