In 2010, the two states saw a combined total number of five EF-4 tornadoes. While four of these occurred on June 17, 2010, there was another one that spanned both states just two months later. This summary looks at that other tornado, an EF-4 that occurred near the towns of Tyler in Richland County, North Dakota, and near Doran in Wilkin County, Minnesota on August 7. This was one of 11 tornadoes reported on August 7.

The tornado began at 6:25 PM CDT. It initially developed 10 miles south of the city of Wahpeton, North Dakota, near the town of Tyler. It began moving east afterward and produced EF-3 damage here. Seven farm buildings were completely destroyed, and significant tree damage was noted. It continued moving east before entering Minnesota. The tornado was on the ground for 2.5 miles in Richland County and produced a maximum of EF-3 damage in the county.

The tornado reached EF-4 intensity as it entered Wilkin County, Minnesota. It destroyed seven more farm buildings, bringing the total number of destroyed farm buildings from this tornado to 14. A sugar beet field was heavily scoured, with sugar beets pulled out of the ground. A Ford pickup truck near one of the destroyed farm buildings was picked up and tossed into the scoured field. Its engine block was found nearly two-thirds of a mile away from where the truck landed.

The tornado started to weaken as it turned toward the north, finally dissipating around 6:47 PM CDT. The path in Wilkin County was 2.5 miles. This brought the total path length of the tornado to 5 miles and it lasted 22 minutes. 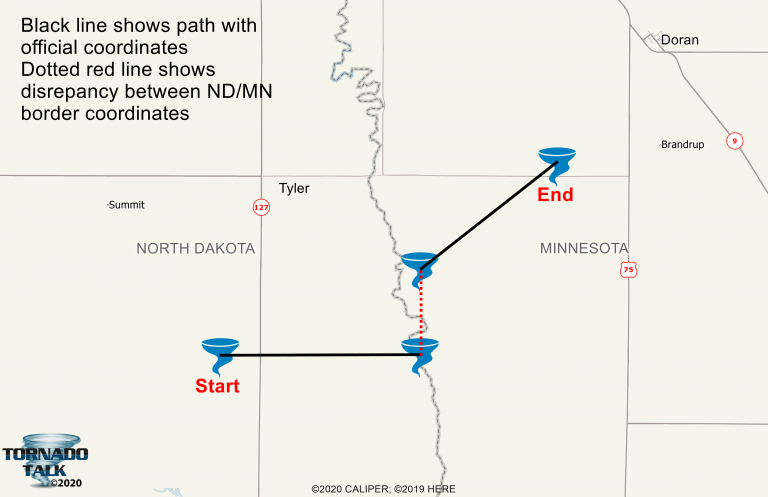 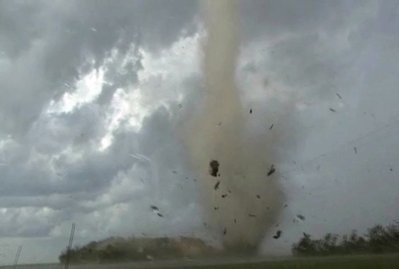 We gathered the information for this event from the SPC & NCDC Databases, and the NWS Grand Forks summary and found the following discrepancies: