A total of 5 tornadoes were confirmed on October 2, 1969.  We look at the strongest, an F2 that had a skipping path from near Vaughan, NC to Lake Gaston.  There are a couple of discrepancies I want to note.  First of all, the SPC path length is 5.6 miles.  Storm Data actually comes in with a slightly longer path of 8 miles.  When I plotted the SPC coordinates (see below), they have the starting point north of Vaughan.  It should be closer to the town.  If you begin that path closer to Vaughan and go to Lake Gaston, the distance is closer to 7-8 miles depending on where the tornado dissipated over the lake.

Storm Data lists one church, 2 homes, several tobacco barns and other outbuildings were destroyed.  They do not officially list the name of the town where that damage occurred.  Thomas Grazulis in Significant Tornadoes states they damage was in Vaughan.  A witness reported seeing water lifted “in a sheet about fifty feet high” when the tornado moved over Lake Gaston. There were no fatalities and no injuries due to this event.

I found a copy of The Warren Record from October 9, 1969.  They release a weekly paper and on this date they had pictures and accounts of what happened during the tornado on October 2.  Many thanks to The North Carolina Digital Heritage Center for permission to use the newspaper in this summary.

Here are some of the details of the tornado path and damage from The Warren Record. 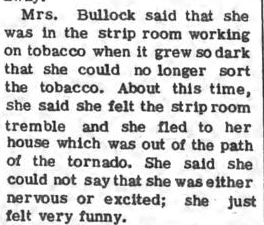 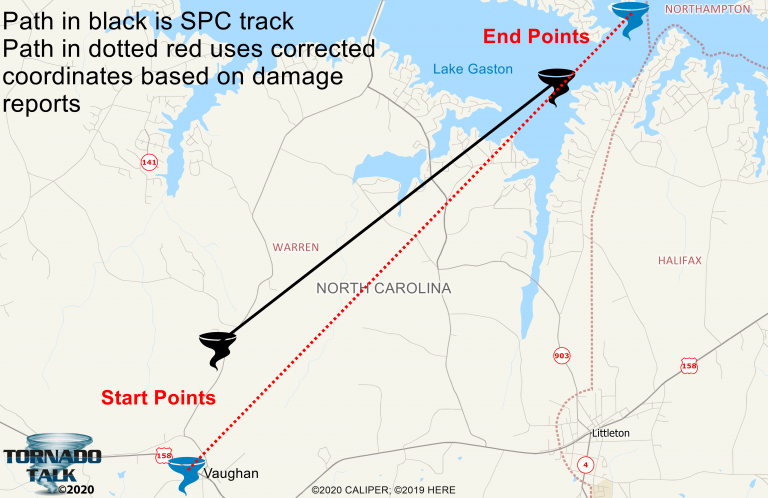 Here is a link to the full front page of the October 9, 1969 edition of the paper:

We gathered information for this event from the SPC & NCDC Databases, the October 1969 Storm Data Publication and Thomas Grazulis in Significant Tornadoes and found the following differences: