Four tornadoes were reported in the state of Florida on March 17, 1985.  The strongest occurred early in the AM.  It was given a rating of F3 and traveled a short path of 3 miles through parts of Sarasota County.  The tornado developed 2 miles SW of Venice and moved to 3 miles SE of town.  55 houses, many well-constructed, were destroyed.  220 other homes had minor to major damage.  A 65-year-old woman was killed inside a camper.  A 66-year-old man was killed while standing on his front porch.  45 people were injured. 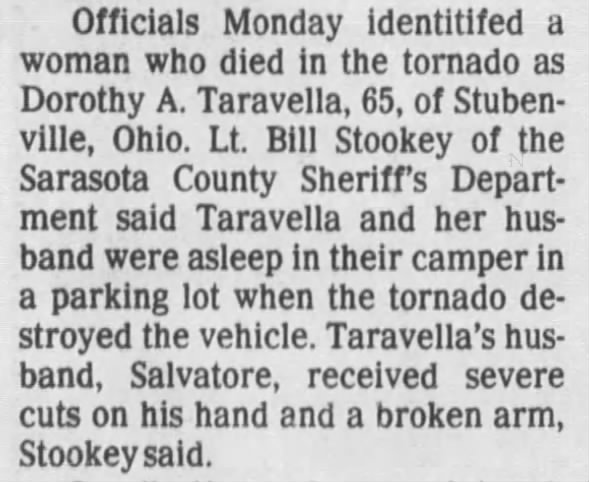 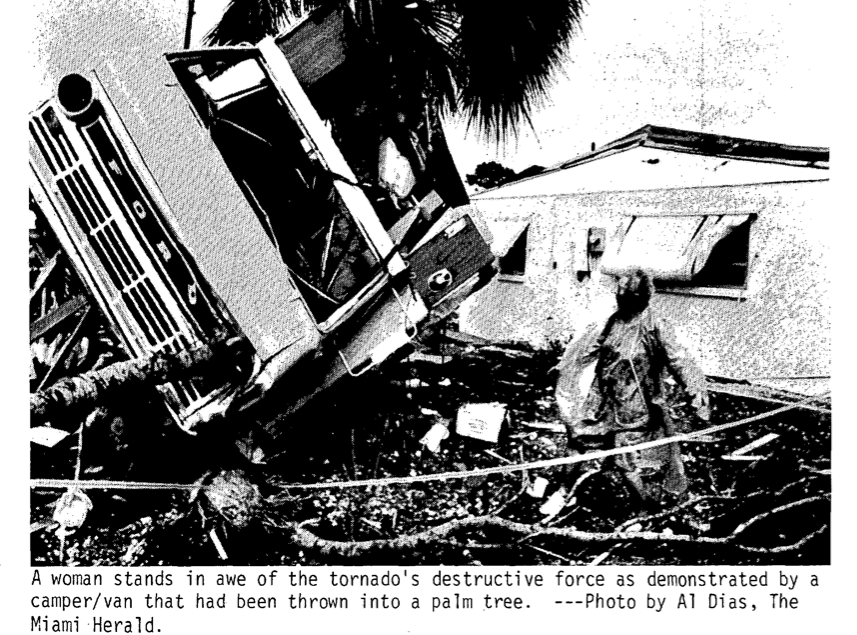 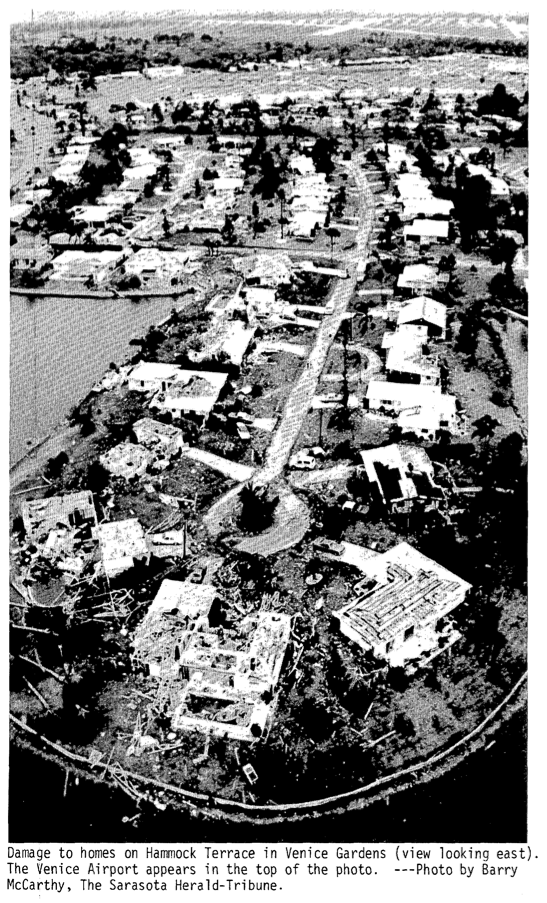 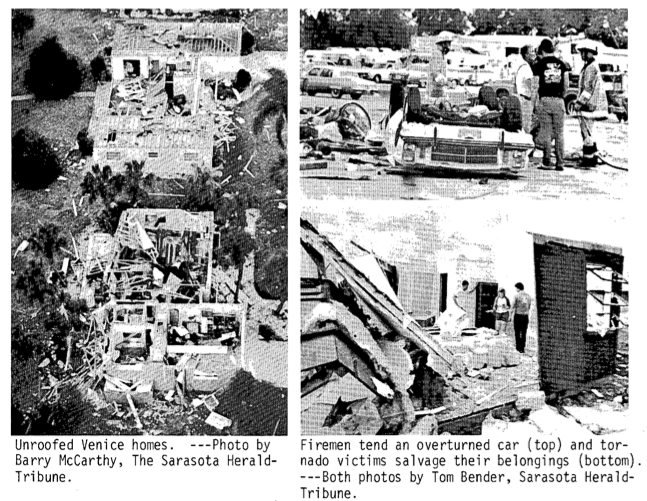 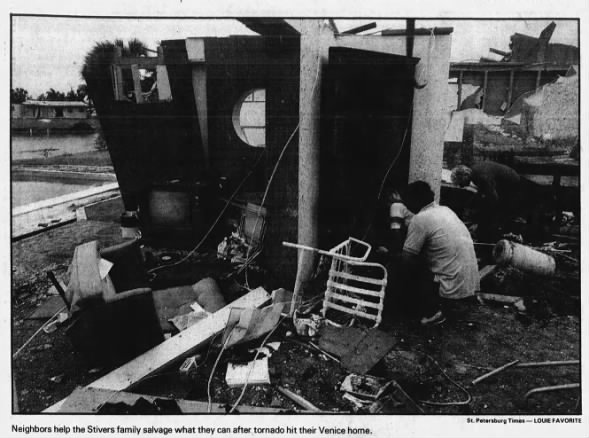 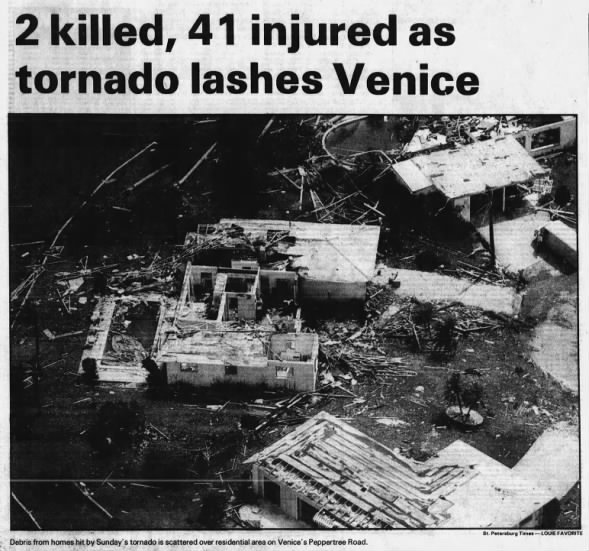 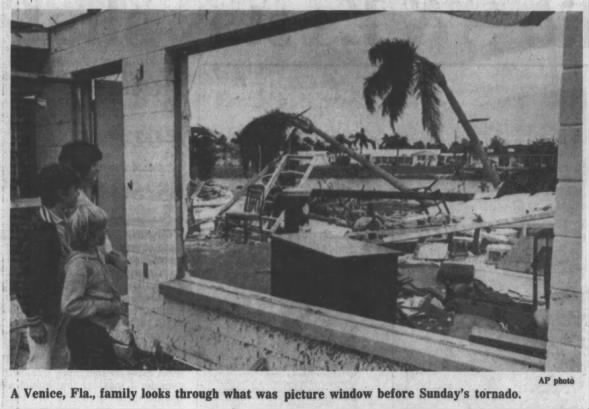 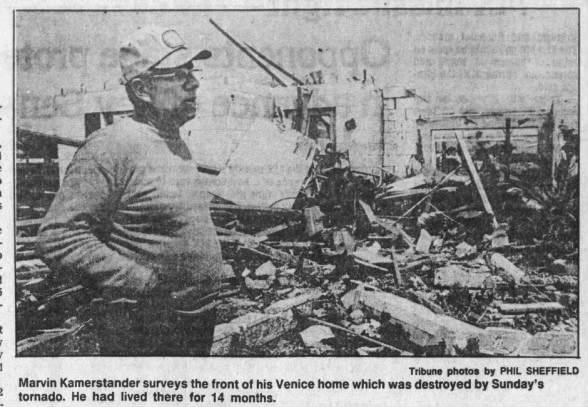 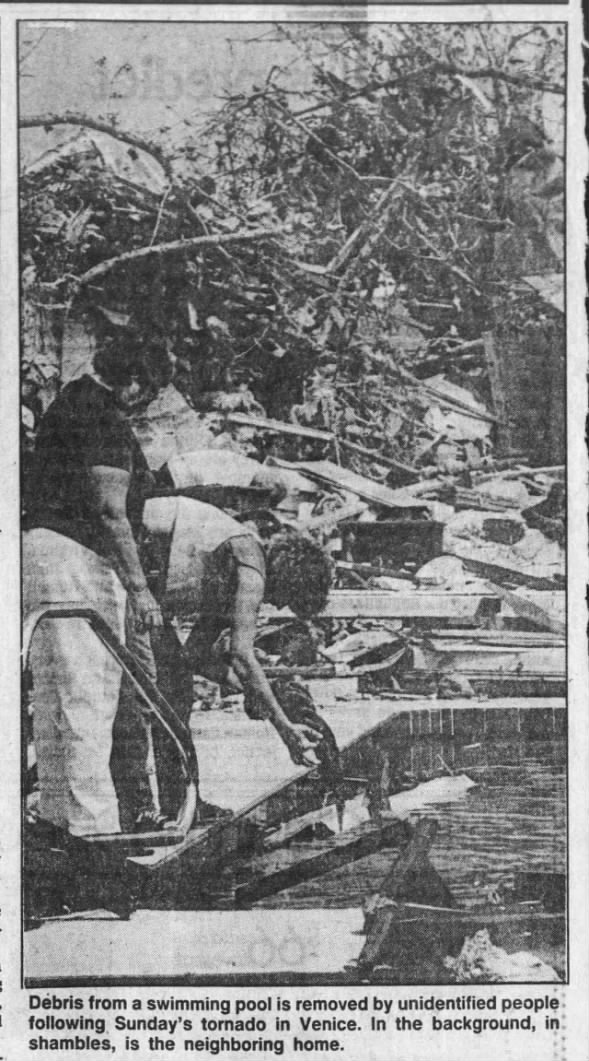