Per the Storm Prediction Center (SPC), 6 tornadoes moved through parts of Central GA on April 30, 1953.  All of them had short path lengths, around 5 miles or less.  In his book Significant Tornadoes, Thomas Grazulis describes a family of tornadoes that covered 50 miles across parts of Peach, Houston, Twiggs and Wilkinson Counties causing widespread damage.  The majority of this damage was in the Warner Robins Area (southern part) in Houston County.  The SPC has listings for Peach, Houston and Twiggs Counties but nothing for Wilkinson.  I also found small summaries in the Climatological Data National Summary from April 1953 for all but Wilkinson County.  I have all of that information attached below the map.

The focus of our summary will be on the tornado that went through the Warner Robins Area.  The official stats from the SPC is that the tornado had a path length of only 1 mile.  The max width was 333 yards.  There were 300 injuries and 18 fatalities reported.  Per Grazulis, most of the 18 deaths were in families of Air Force personnel living on two housing projects.  The tornado was given a rating of F4. 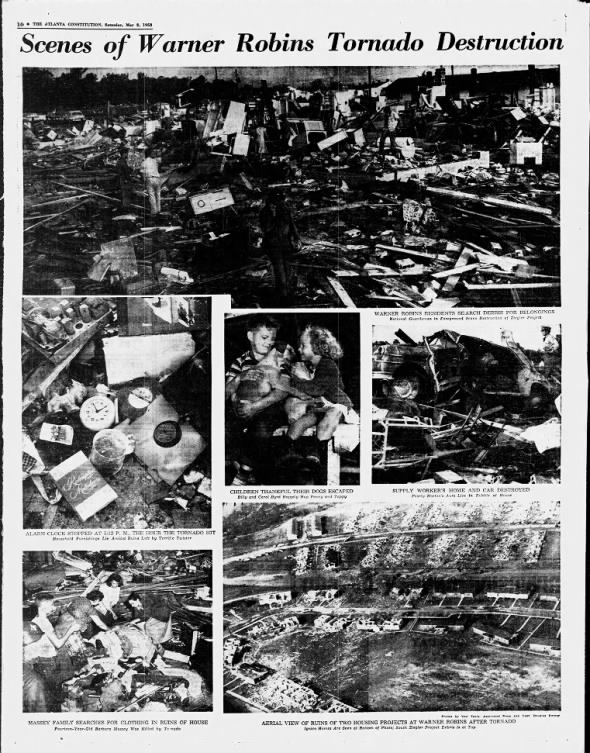 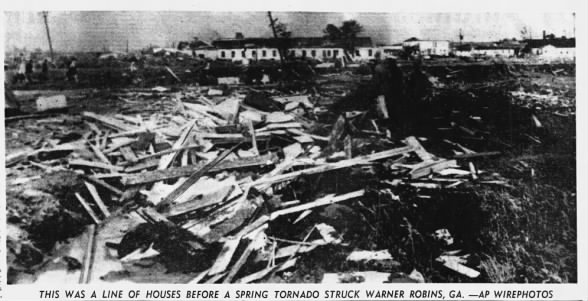 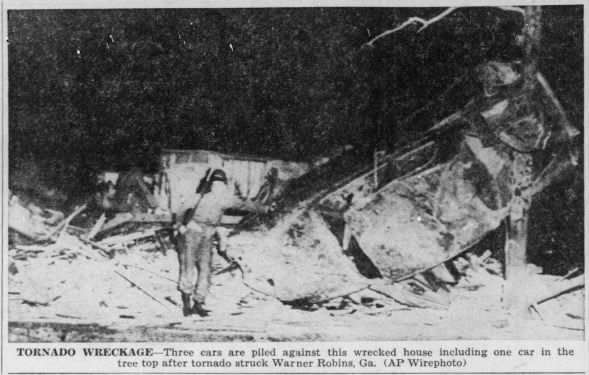 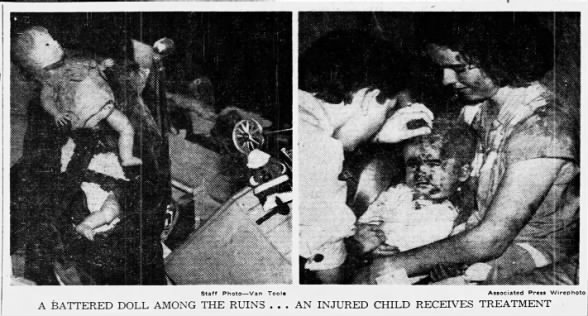