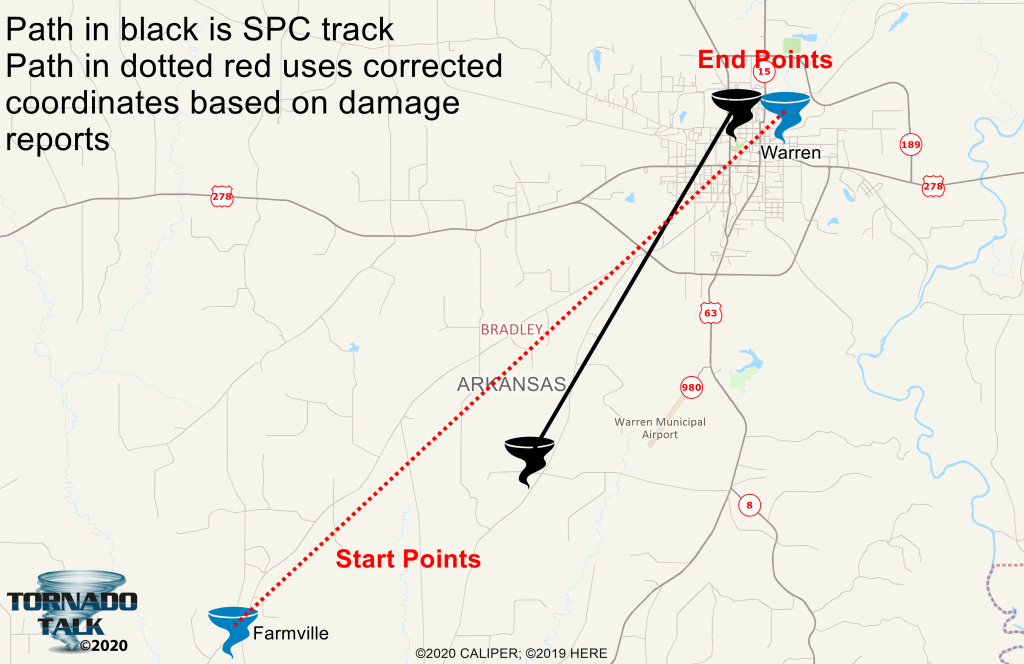 Per the SPC database, eight tornadoes occurred on March 28, 1975. The strongest, given a rating of F4, is the topic of this summary. A quote from the March 30, 1975 edition of Arkansas Gazette stated: “Spring, usually a gentle and abiding friend to this sleepy Saline River Valley town that has become famous for its pink tomatoes, dealt a hellish nightmare at 7:50 p.m. Friday in the form of the killer tornado that ripped open the heart of the residential and business districts. Ironically, the twister selected basically the same route as a 1949 tornado that killed 55 persons. The Good Friday twister was particularly horrifying to those who lived through that one 26 years ago.”

The tornado formed about 9.75 miles southwest of Warren at Farmville and moved directly into Warren, through the center of town. Ironically following the same path as the January 3, 1949, F4 tornado.

At Farmville, several houses were demolished, and sadly three people were killed. Large trees were downed across the roads leading into Warren. This made it difficult for the injured to get to the hospital. The twister plowed into the southwestern part of Warren. Frame homes were obliterated. A pool hall was completely destroyed, only one pool table was left on the foundation. The Sligh Egg Company was also destroyed. Green styrofoam egg cartons from here littered the eastern side of town, outside of the damage path.

Continuing northeast into the heart of the town, it smashed through The Polach Corporation, a major employer in the city. The “huge structure” was “virtually destroyed.” Here, a man, Ellis Clanton, was killed. The tornado also heavily damaged the Warren Hospital. A nurse, Mrs. Shelton Clark, described that the cardiac wing “virtually exploded in the wind.” 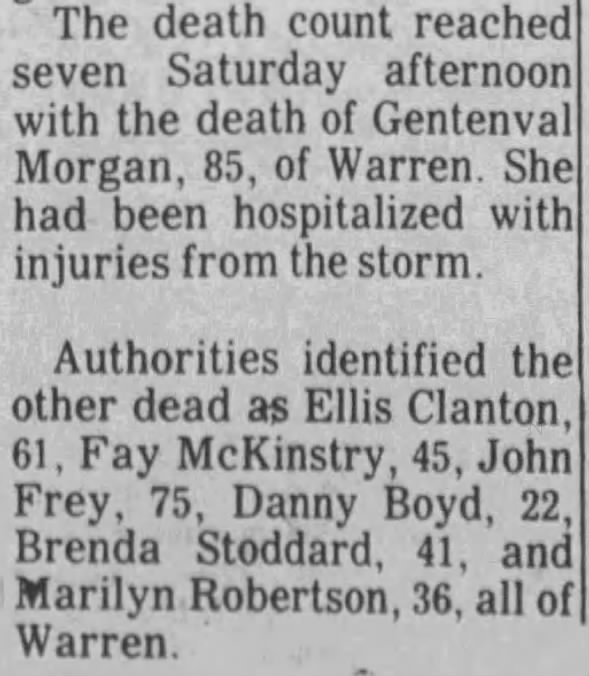 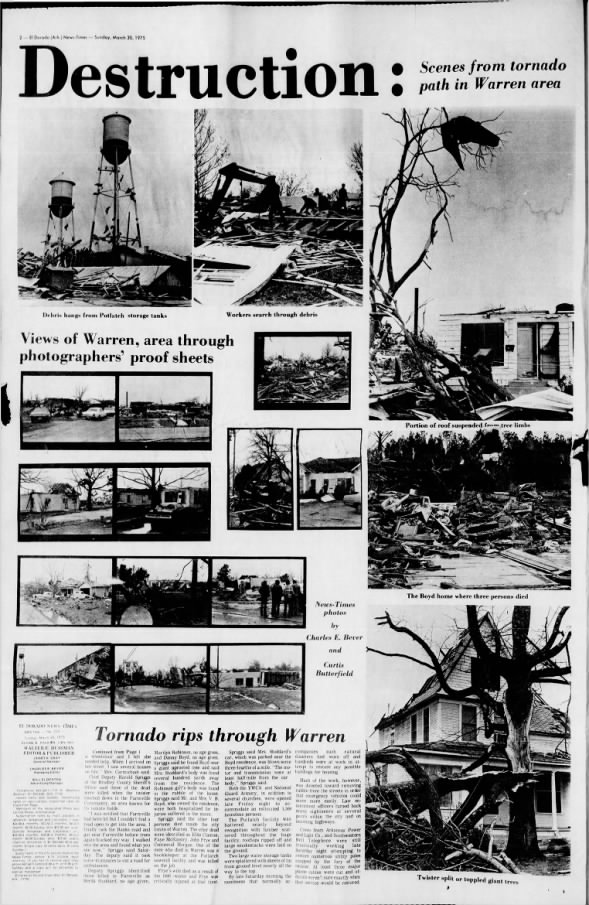 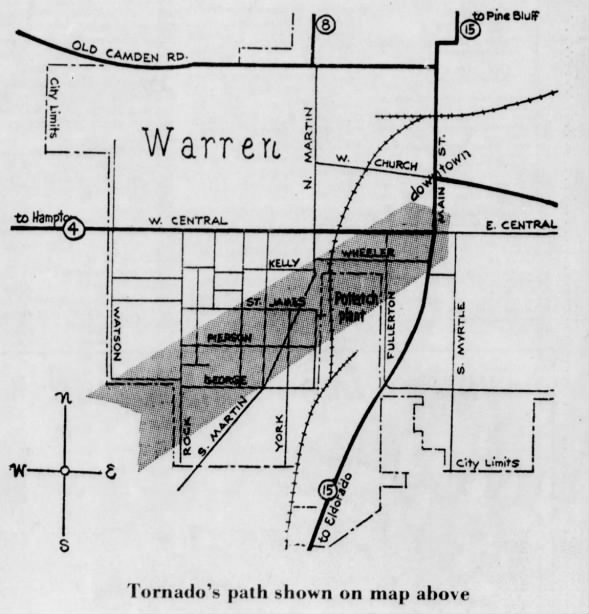 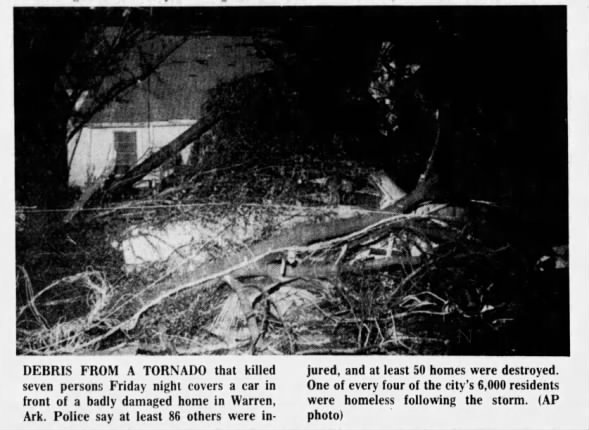 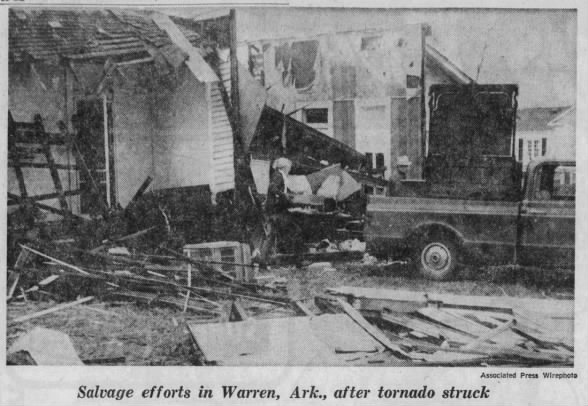 We gathered information for this event from the SPC & NCDC Databases, the March 1975 Storm Data Publication and Thomas Grazulis in Significant Tornadoes and found the following differences: