On January 20, 2010, the strongest tornado was an EF3 that moved through Harrison County, TX, into Caddo Parish, LA.

The tornado developed four miles northeast of Crossroads in a wooded area west of Ireland Williams Road. It intensified as it approached I-20 near Mile Marker 628. Two businesses were destroyed on both the south and north service roads. One was a metal building and the other a mobile home. A home in this area was destroyed, with only a few interior walls remaining. Another home sustained damage to the roof and carport. Debris was scattered across I-20 and Hwy 80.

The tornado moved northeast into Jonesville, TX. A grocery store roof was peeled, and walls were removed from a large warehouse. A few metal buildings were also destroyed north of Jonesville. Maximum winds in Harrison County were estimated at 150-160 mph.

The twister continued its northeast trek into Caddo Parish. It had weakened tremendously, and most of the damage was to trees. The tornado lifted SW of Blanchard. 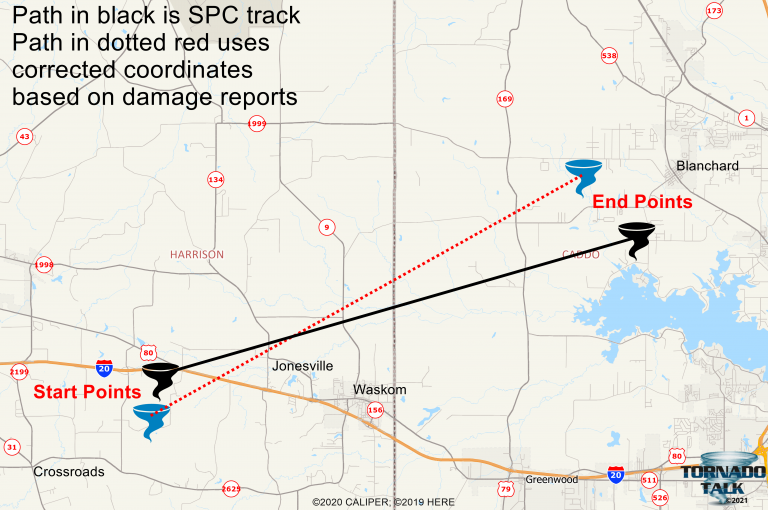 Images via the NWS Shreveport 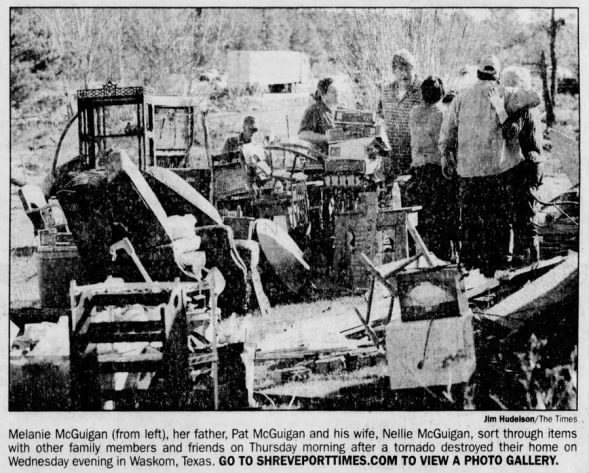 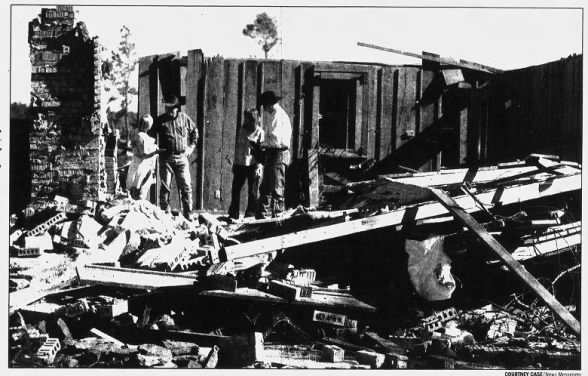