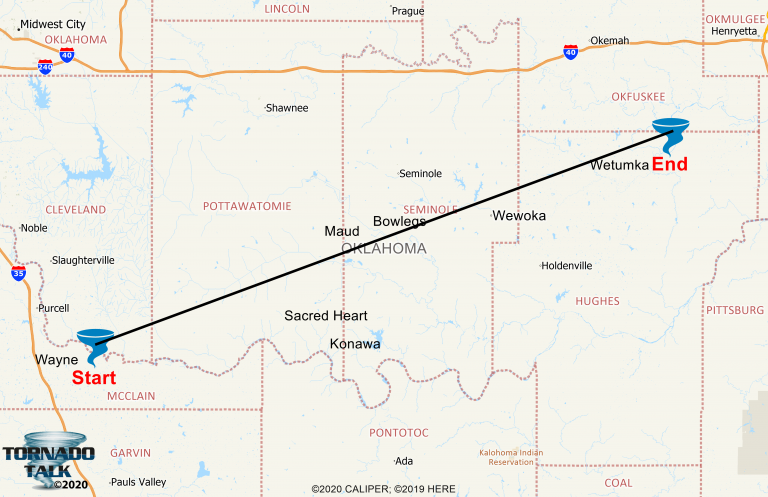 An estimated F4 tornado tracked a good 65 miles through parts of Central Oklahoma on September 14, 1957. All of our sources have the tornado developing in the Wayne, OK area near the McClain/Cleveland County line. It moved along a skipping path. In southern Cleveland County, three barns were destroyed, and crops were flattened. Some of the worst damage was along a seven mile stretch in SE Pottawatomie County and into SW Seminole County. Two people were killed and six injured along this stretch. Three homes were completely leveled. There was extensive damage to oil field equipment. Eight rigs were destroyed. The official path ends in Hughes County near Wetumka. The NWS Norman mentions that damage here may not have been related to this tornado. There could have been another tornado OR it was straight-line wind damage. You will see in the discrepancies area at the bottom of the page that there are differing opinions on which counties to officially include in the path of this tornado.

Here is a snippet from the Daily Oklahoman from September 15, 1957, talking about the couple killed in the tornado: 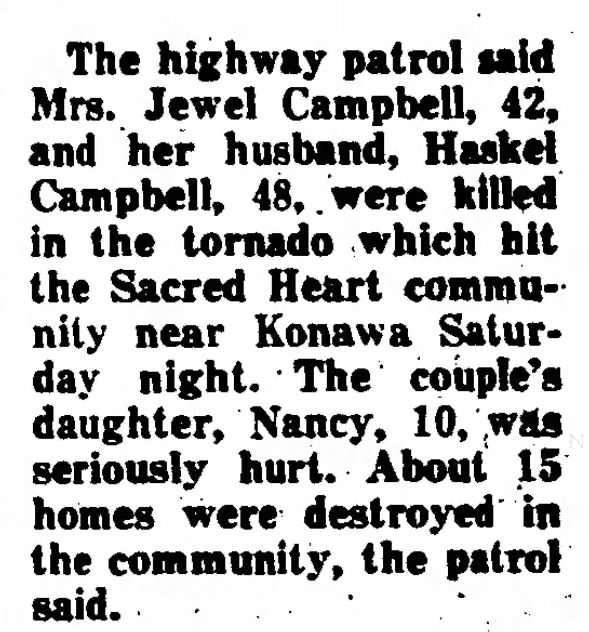 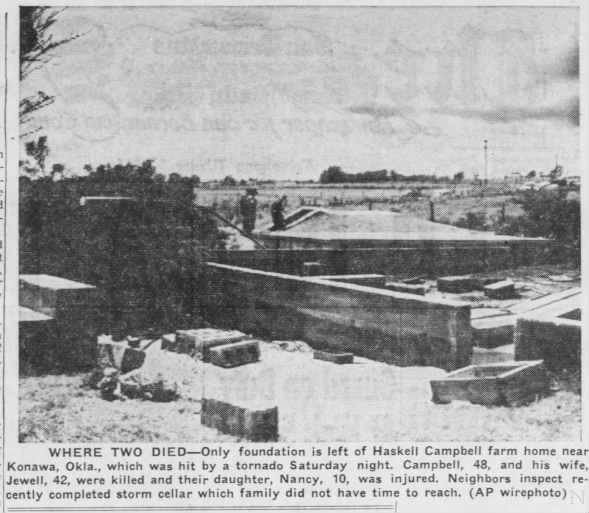 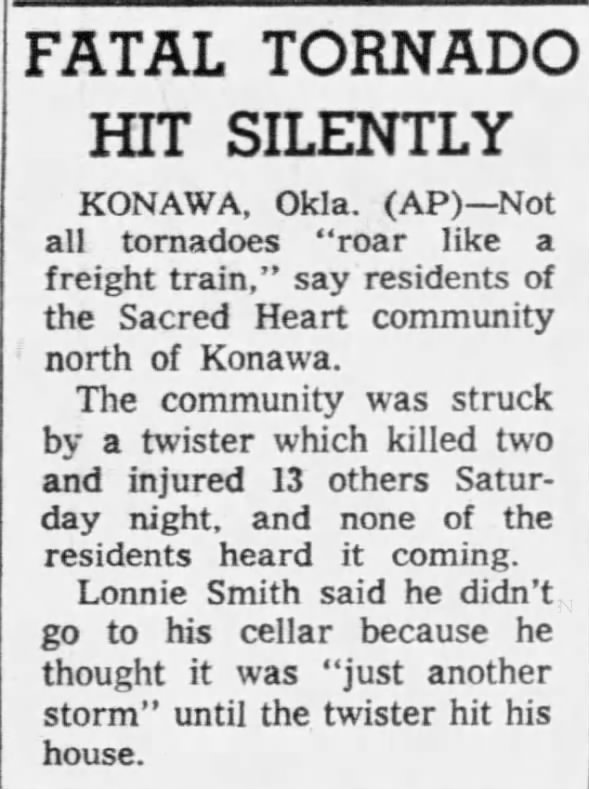 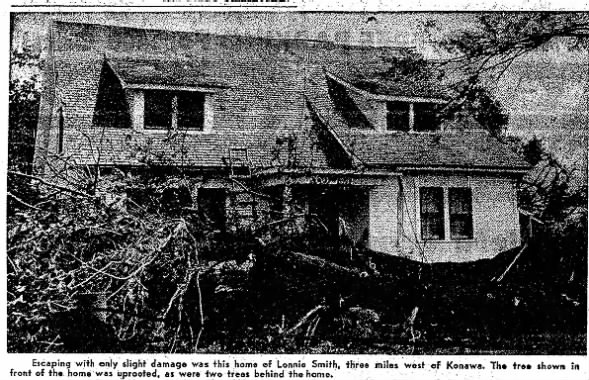 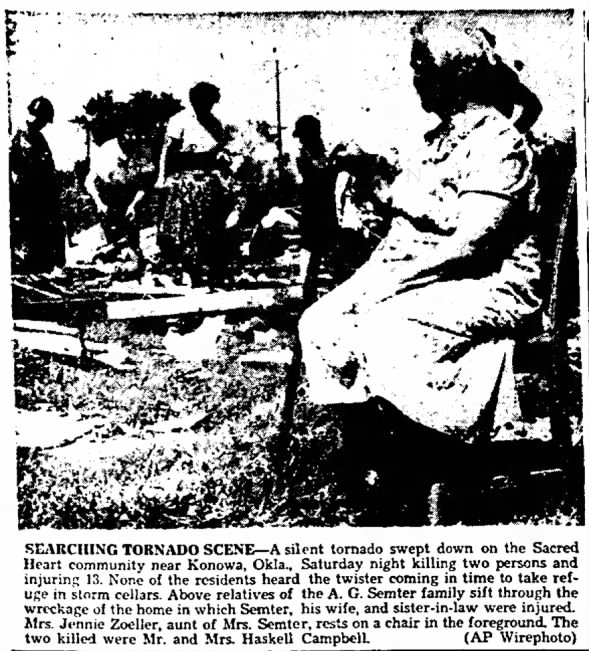 We gathered information for this event from the SPC & NCDC Databases, the September 1957 Climatological Data National Summary (CDNS), a summary from the NWS Norman and Thomas Grazulis in Significant Tornadoes and found the following differences: