Almost to the date of the August 19, 1890 tornado, a brief but intense tornado ripped through Wilkes-Barre. Like the 1890 twister, this was a killer and produced F3 damage. Thankfully, this tornado missed the most densely packed parts of town.

The tornado began along the mountain three miles south of downtown Wilkes-Barre. It leveled trees in this wooded area as it tracked to the north. The twister slammed into the Blackman’s Patch neighborhood carving a 200-yard wide swath. 14 houses were destroyed and several others were damaged. Many barns in the Blackman’s Patch area were leveled, and livestock was killed. Large chicken coops were swept away, leaving hundreds of chickens dead. A saloon was unroofed. The Welsh Baptist Church was heavily damaged.

The funnel veered more toward the north-northeast and moved into the Empire neighborhood. Several homes in this neighborhood were leveled. Some houses were thrown onto their sides, and many others sustained light to moderate damage. On Northampton Street, the tornado tore apart the Stanton Colliery. A man who was at the colliery was thrown into the street and reportedly stripped of his clothes. The steeple at the Polish Church on Sheridan Street was sheared off and fell onto a house next door. Four people were killed when the Laurel Silk mill was leveled. Several other factories in this area including the Diamond City Iron Works were damaged or destroyed. Nearby, a barbershop and a butcher shop were destroyed. The tornado dissipated about a mile east of downtown.

A total of 25 homes were completely destroyed and over 100 others were damaged. Six churches were damaged or destroyed. The photographic evidence suggests that trees along the path of the tornado were denuded and debarked. There is an important discrepancy to highlight here. Thomas Grazulis in Significant Tornadoes says that this tornado occurred on August 21, 1914. The tornado actually occurred on August 20, 1914. The 1914 tornado was the last significant tornado (F2-F5) to hit Wilkes-Barre until June 13, 2018. This was an EF2 tornado that tore through several shopping centers injuring six people.

Coordinates based on damage description in newspapers:

Photo of the Laurel Silk Mill 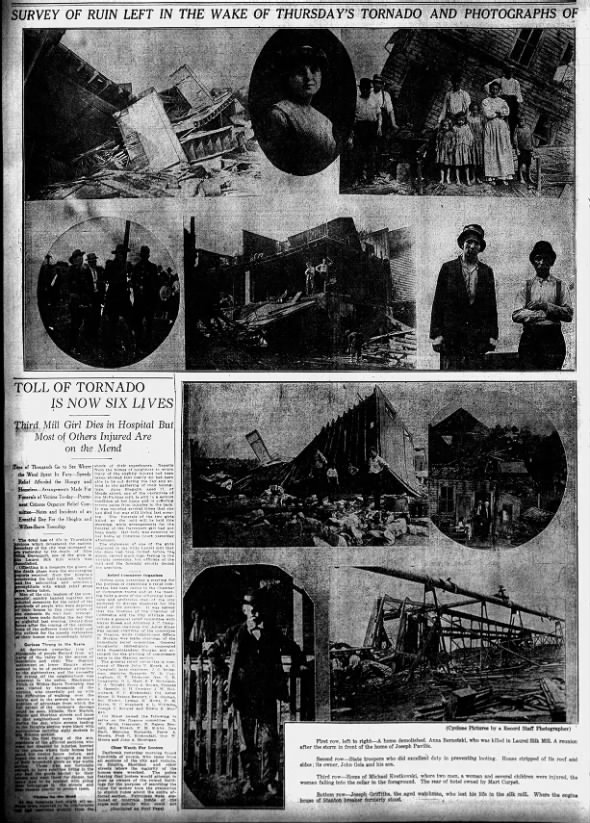 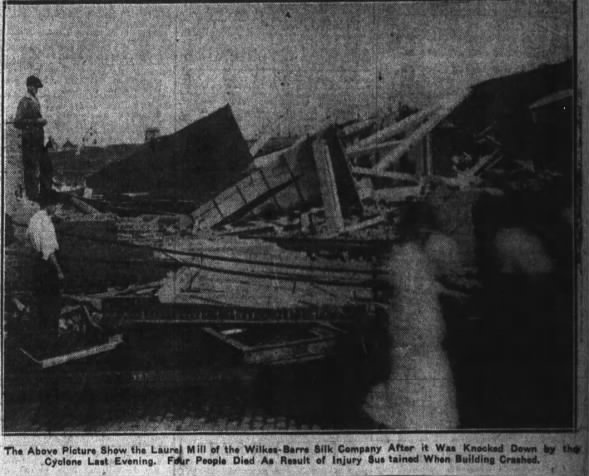 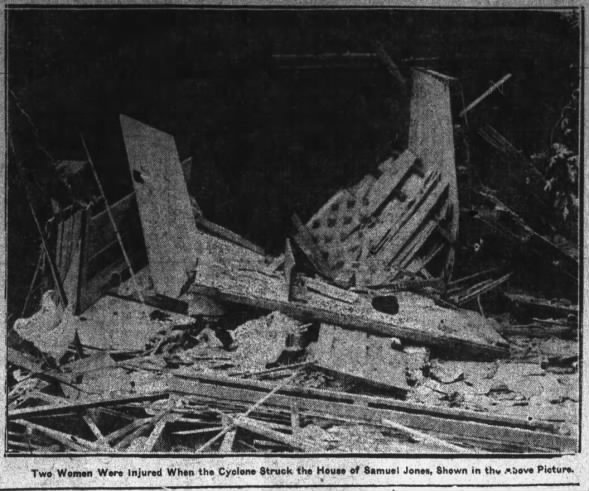 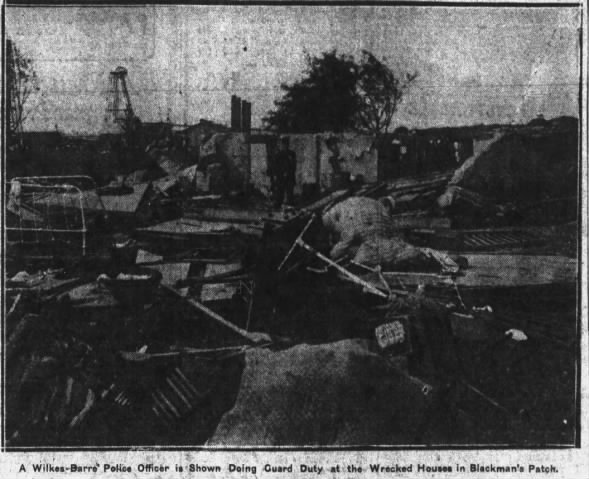 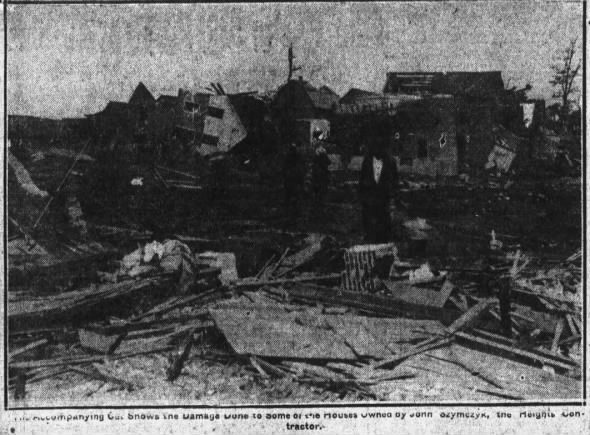 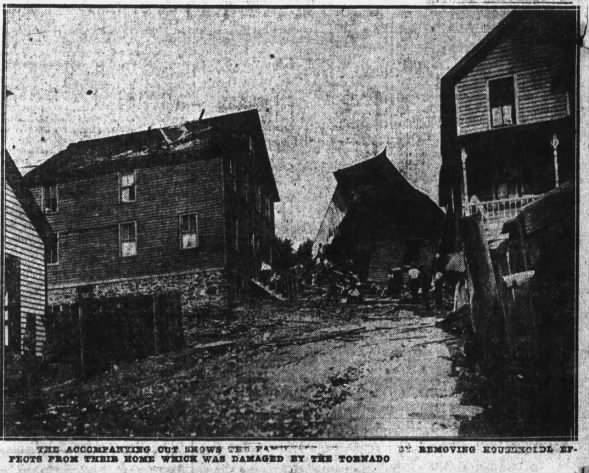 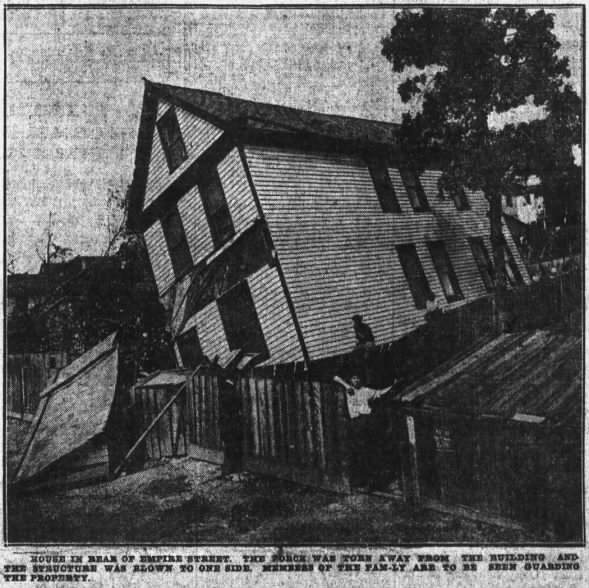 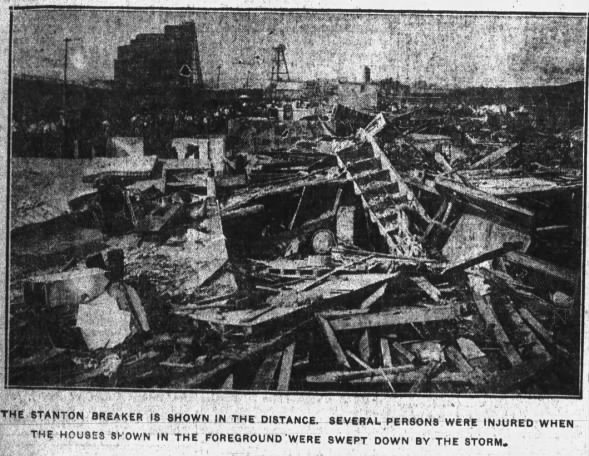 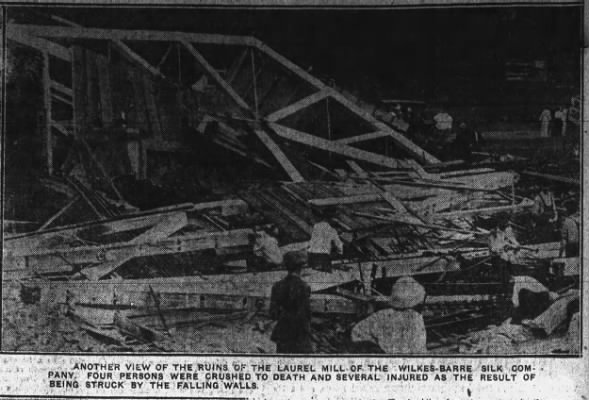 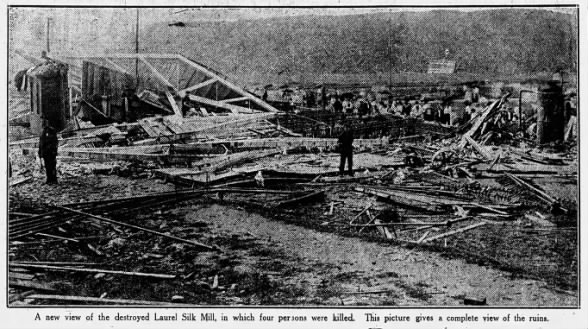 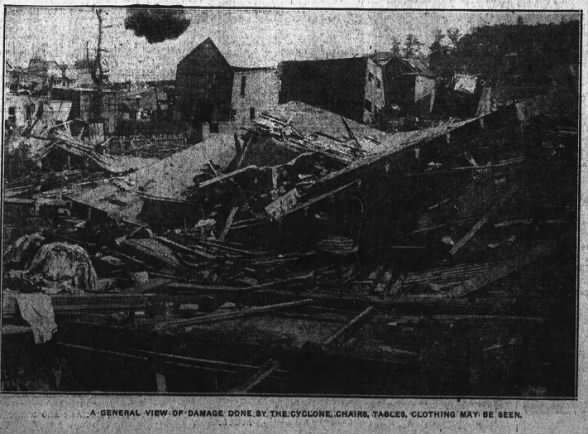 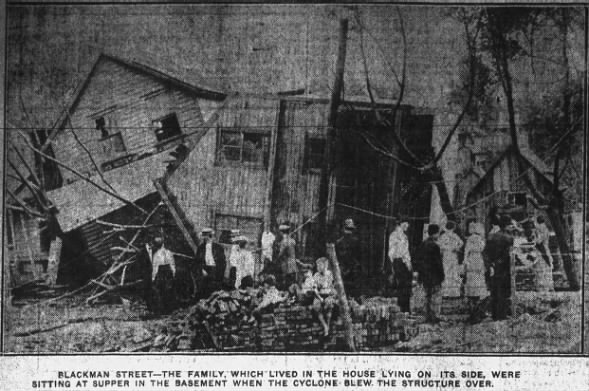 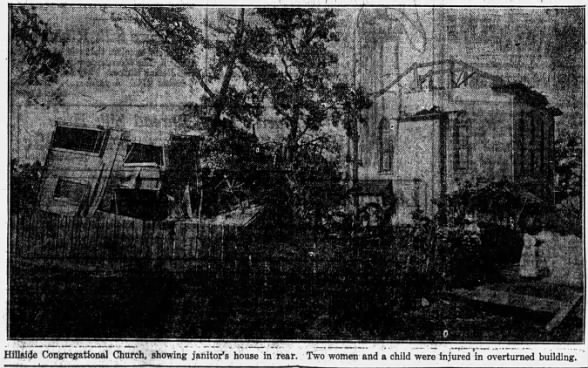 We gathered information for this event from Newspapers.com and Thomas Grazulis in Significant Tornadoes and found the following differences: