An outbreak of 30 tornadoes occurred on August 19, 2009.  The strongest was rated EF3 and tracked just over 24 miles through parts of Sangamon and Logan Counties in Illinois.  The tornado developed on the west side of Williamsville, just west of I-55.  It moved northeast through town and hit a church.  Based on the damage at the church, the winds were estimate at 135 mph (EF2).

The tornado moved more east-northeast away from Williamsville, flattening cornfields and damaging homes on Lester Road.  A baby was injured in one of those homes.  EF3 damage was discovered in this area.  The twister moved into Sangamon County.  7 houses were destroyed.  As it moved northeast, it continued to weaken eventually dissipating near Beason.

The tornado touched down on the west side of Williamsville, just west of I-55, at 319 PM CST. It destroyed an antique mall, damaged the Casey’s gas station building and collapsed the canopy over the gas pumps. One person was injured at the mall, while 2 motorcyclists were injured when they were thrown from their bikes. The tornado moved northeast through Williamsville and hit a church, throwing a 2-horse trailer onto the roof and collapsing the roof over half of the building. One person inside the church was injured. The tornado continued through the northern portion of town, causing damage to numerous trees and several homes. Two homes lost their roof and several others lost a portion of their roof. The tornado also caved in the southern end of a metal building, part of an agricultural business on the edge of town. A total of 12 additional people were injured by tornado debris in the town of Williamsville. The width of the tornado through town ranged from 100 to 150 yards. The maximum wind speed of 135 mph (EF2) in Williamsville was determined from the damage to the church. A total of 10 houses were destroyed and 35 houses damaged in Williamsville. A total of six businesses and non-residential properties were destroyed.

The tornado continued east-northeast and flattened cornfields, damaged farm outbuildings and machine sheds, and damaged homes, garages, and vehicles on Lester Rd. Two houses were completely destroyed, and four others had extensive damage, as the tornado widened to 600 yards at this point. A 19-month-old baby was injured as the family home was hit by the tornado.

The maximum wind speed at this point was estimated at 140 mph (EF3). The tornado continued through fields, causing extensive crop damage, until crossing into Logan County around 326 PM CST. Path length through Sangamon County was 4.5 miles.

The tornado moved into Logan county from Sangamon county at 326 PM CST and continued heading northeast. It widened to 1/2 mile at several locations along its path. The tornado destroyed 7 houses and damaged 15 others. Numerous grain bins and outbuildings were also destroyed. Crop losses were extensive along the 20 mile path and were estimated to be around $1 Million. Two people sustained injuries when the shed they were seeking shelter in was destroyed.

Wind speeds were estimated at 140 mph as the tornado crossed from Sangamon County, decreasing to 110 to 120 mph as it moved to areas between Lincoln and Mt. Pulaski. The tornado continued northeast before weakening to speeds of 90 to 100 mph, with a width of 50 to 100 yards. The tornado dissipated just east of Beason at 402 PM CST. The path length in Logan County was nearly 20 miles. 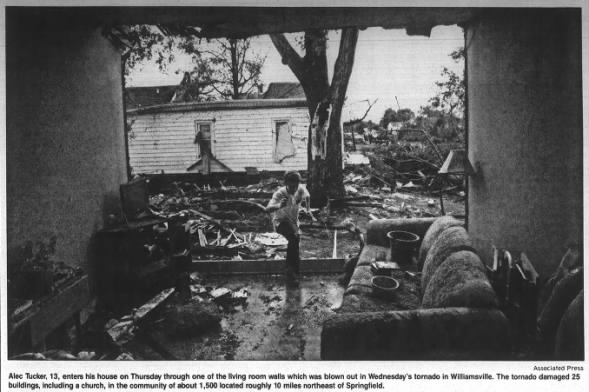 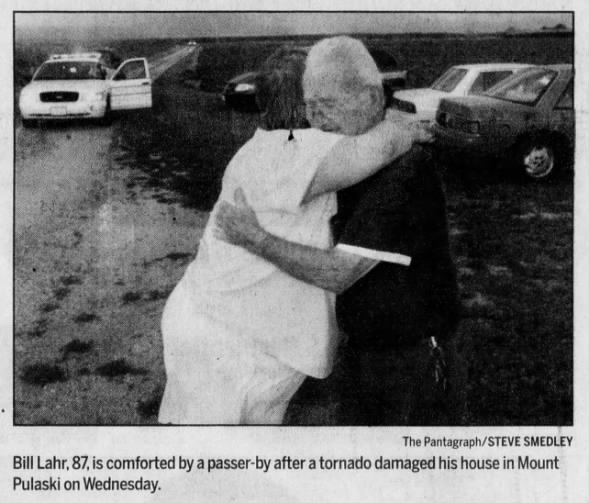 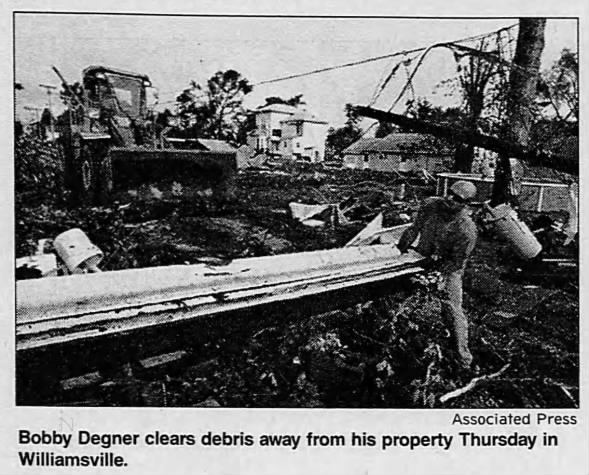 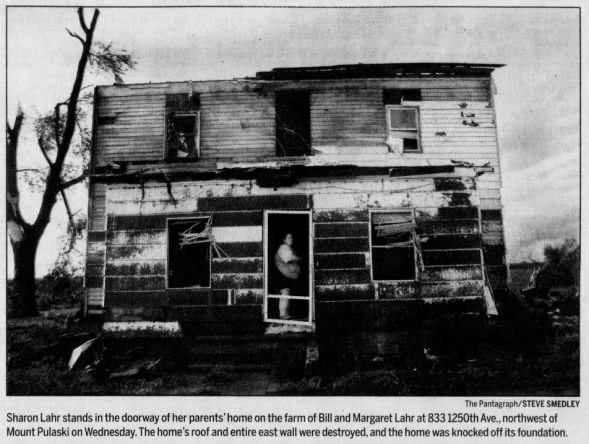 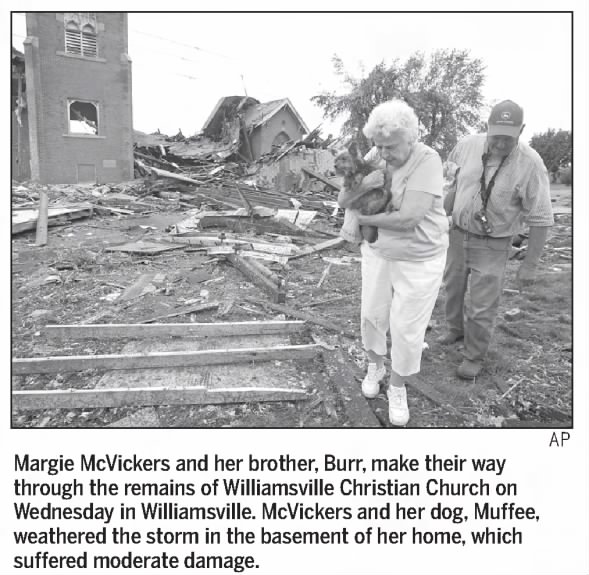 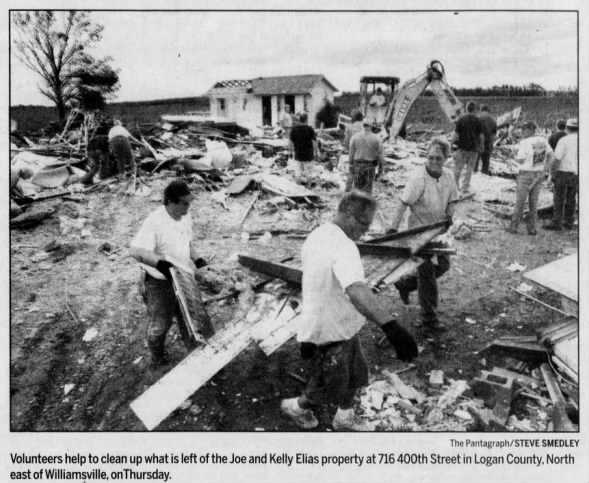