In the Storm Prediction Center Database, there are ten tornadoes listed for June 7, 1965.  9 of those were in South Dakota.  4 occurred in parts of Turner County.  3 were rated F2 and 1 was rated F4.

The Storm Data entry for the date states that approximately 20 funnel clouds were reported in this area and 8 “touched down”.  There is a chance that more than 9 South Dakota tornadoes developed on this day but knowing where they began and ended can’t be determined.

A farmer near Viborg was hit by debris and died 2 days after this event.

Thomas Grazulis in Significant Tornadoes has a slightly longer path for this tornado at 15 miles.  He notes 18 farms were damaged or destroyed.  The tornado passed over Swan Lake.  Six cottages on a knoll were swept into the lake. 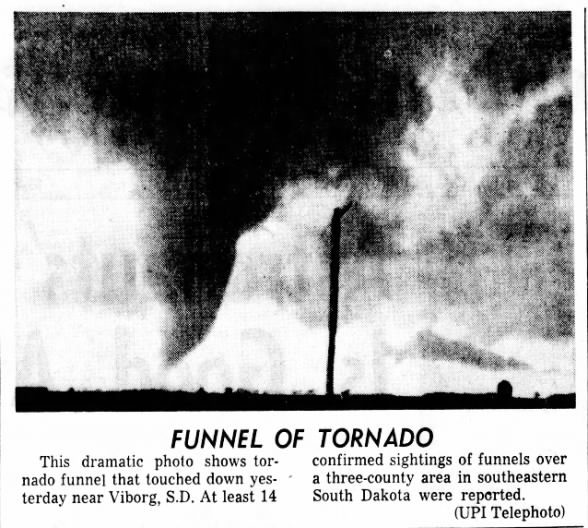 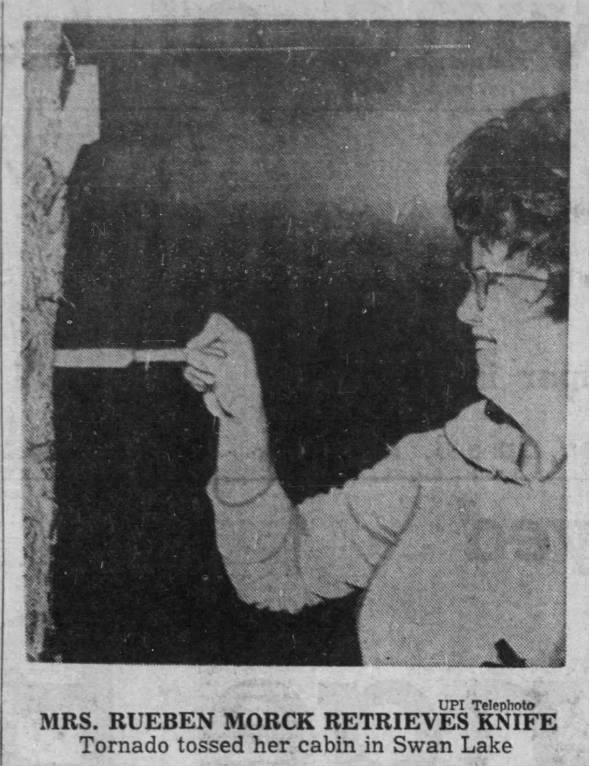 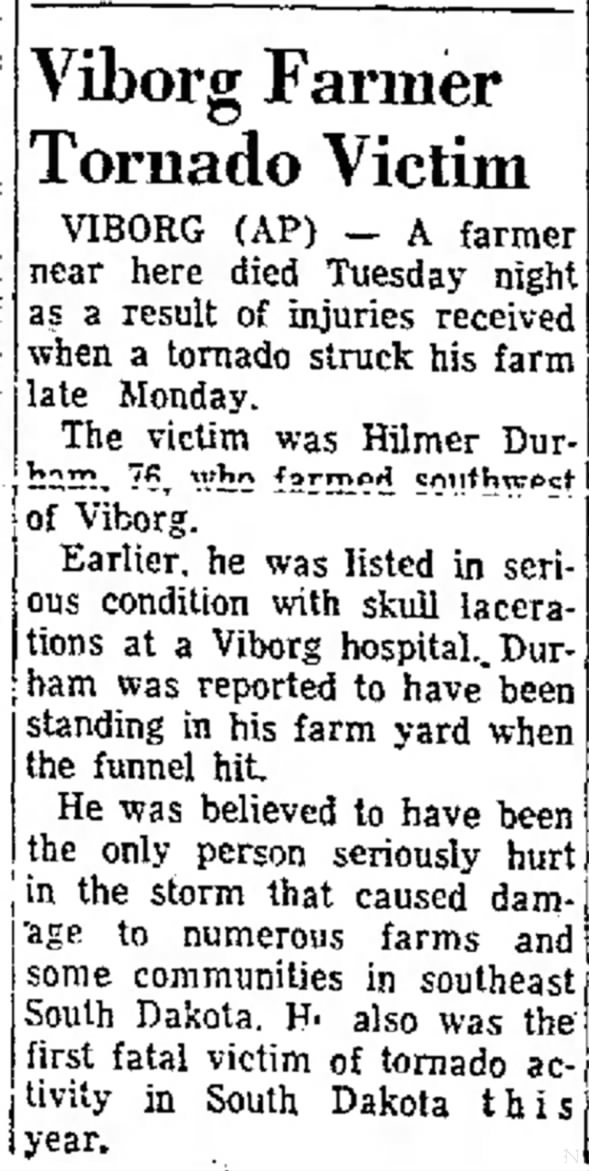 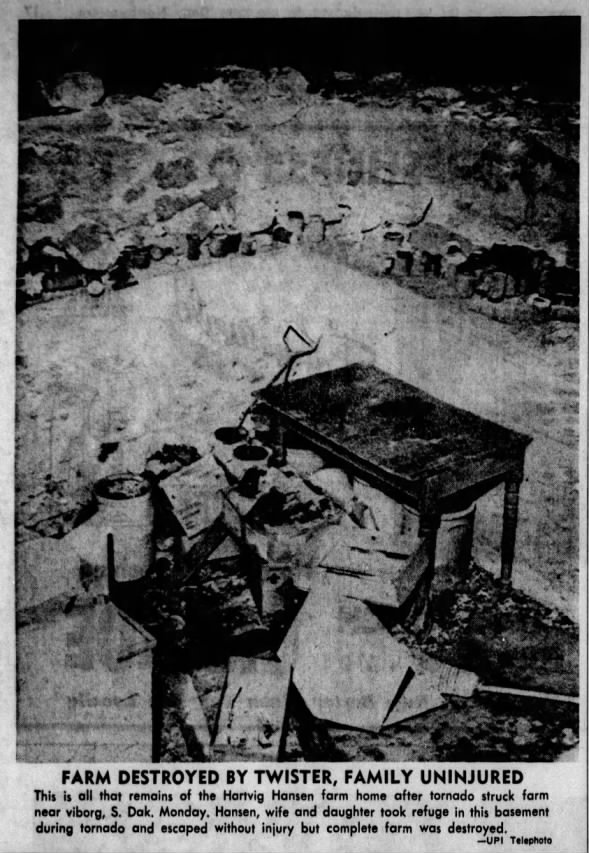