A total of four tornadoes were confirmed on October 16, 1998:  Two in Nebraska and two in Kansas.  We look at one of the Kansas twisters in this summary.  It was the strongest on this day, rated F3.  The tornado began in eastern Trego County and quickly made its way into Ellis County.  It traveled northeastward through rural Ellis County then moved right into the town of Yocemento.  After leaving this community, it moved back into rural areas of the county.  The tornado stayed west and north of the more populated city of Hays where a high school football game was in progress.

Per the National Weather Service, a total of 10 homes were damaged or destroyed.  A modular home on a concrete slab was hit and the remains were carried 1/2 mile. “A steel I-beam from a concrete building traveled several hundred yards, eventually crashing into a grain elevator. Three empty anhydrous ammonia tanks were moved causing a leak of a benign amount of vapor.”  There was one injury reported.  A driver of a tractor-trailer on I-70 was injured when the truck was flipped over.

An article in The Salina Journal from October 18, 1998 described the experience of Edwin J. Dreher.  He was barbecuing with friends behind his mobile home in Yocemento.  His phone rang twice and he chose not to answer.  He checked his caller I.D. and noticed it was his neighbor and he called back.  The neighbor frantically exclaimed, “Get your ass over here!  There a tornado on the way!”  The article described how Dreher raced with his friends to the neighbor’s home about a quarter of a mile away.  Before running into the home, he looked over his shoulder.  “Two funnel clouds, one of them that Dreher thought was large enough to swallow a half-mile, were racing over the southwest hills and catching up fast.”  Dreher, his six friends and the homeowner all crammed into the bathroom to ride out the tornado.  They “listened to the water being sucked out of the pipes and what sounded like a train crash over the roof.”

After it went silent, Dreher peered out of the window to find his mobile home destroyed.  They had gotten to safety in just the nick of time. The Salina Journal described what Dreher found when he came back to his residence.  “…Dreher came back to a home with the corn still on the stove but a metal roof that was several hundred yards away, a couch with its cushions still in place but no walls surrounding it, and a bedroom that was so obliterated that the only evidence that it even existed was a bed that was still made as if it had never been slept in.” 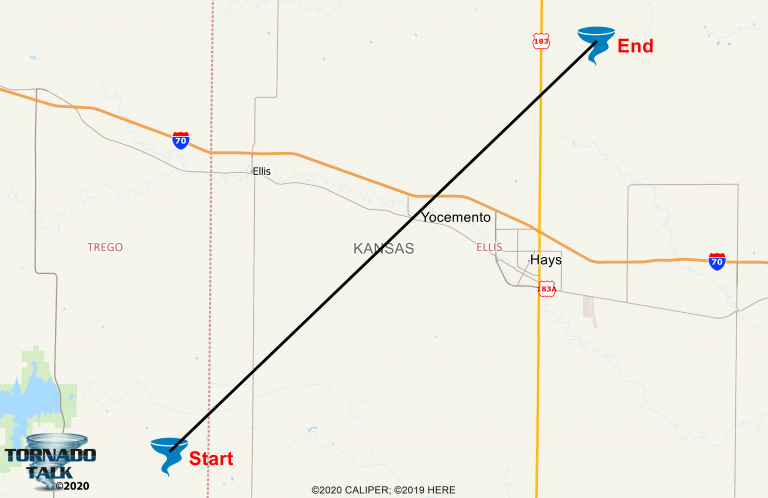 Below photos extracted from the NWS Dodge City Facebook Page 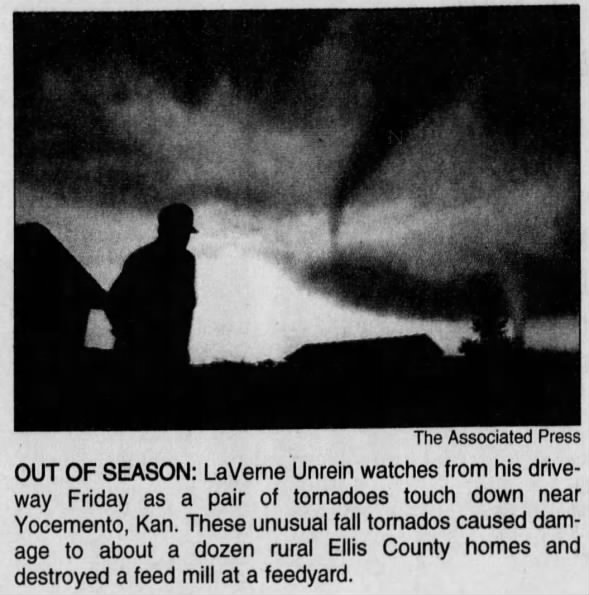 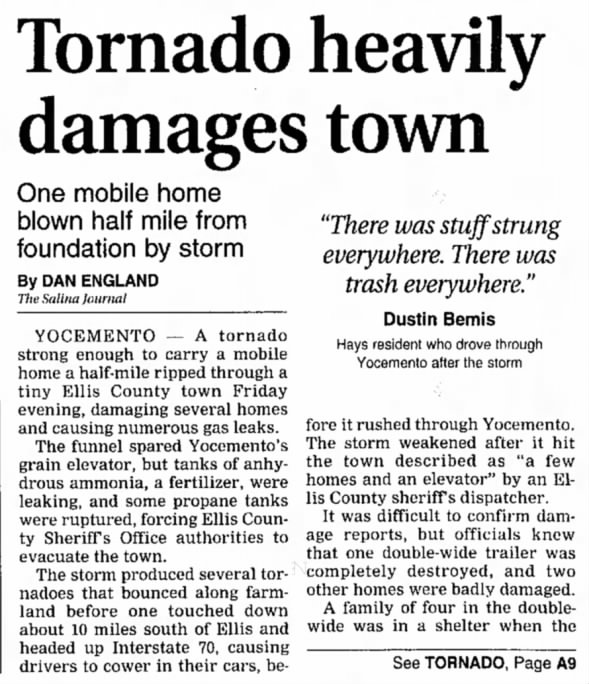 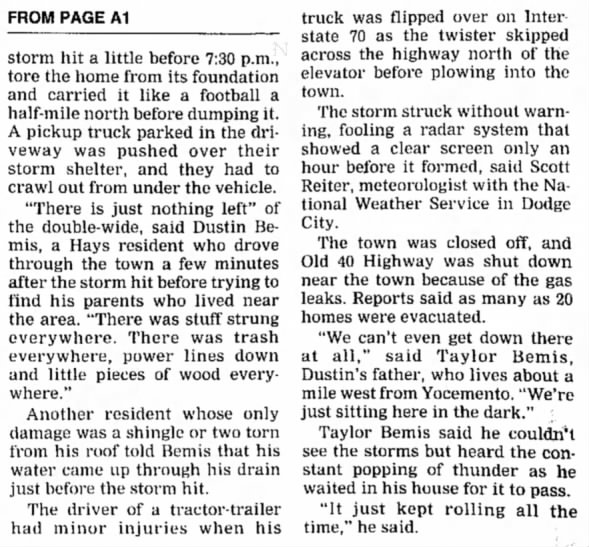 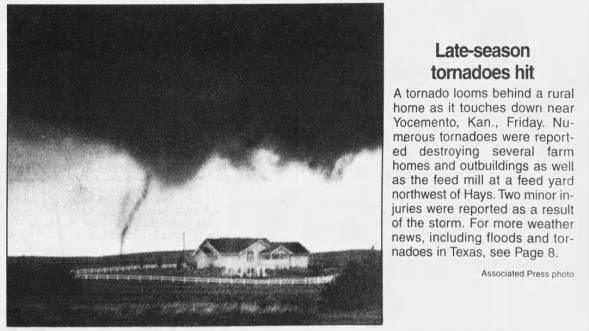 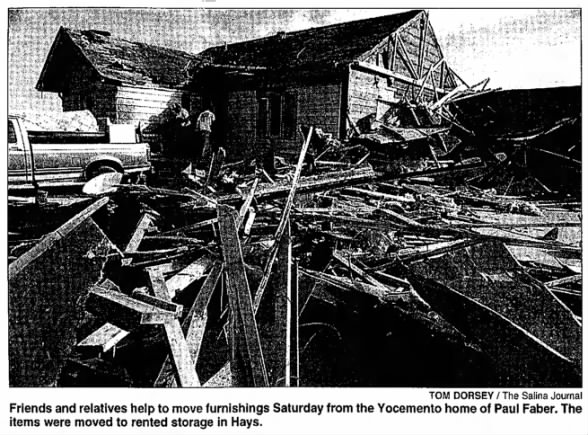 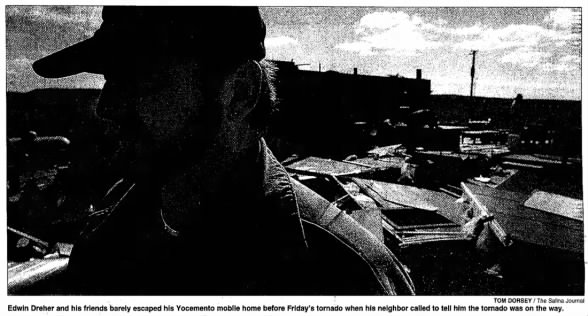