This late-night tornado developed along Highway 11, 1 mile south of Savoy or about 8 miles SSW of Meridian, MS.  It moved to the northeast and pushed through the community of Zero and into the southside of Vimville.  It ended near Alamucha.

I have attached a few articles about Tanner Moody.  He was a 3-month-old who was found hanging upside down in a pine tree after the tornado hit his families’ mobile home in Zero.  He survived. 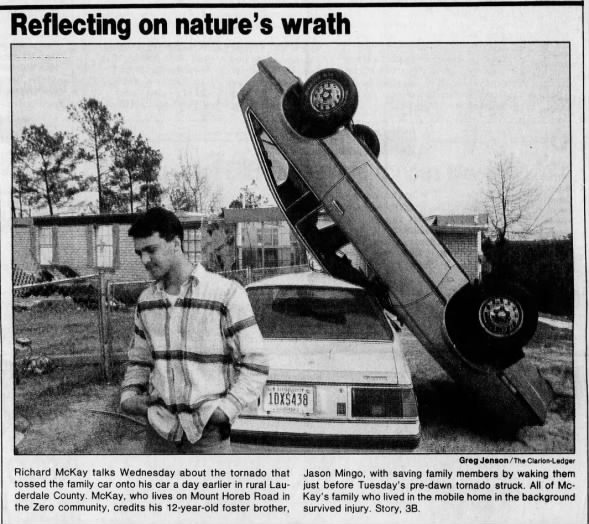 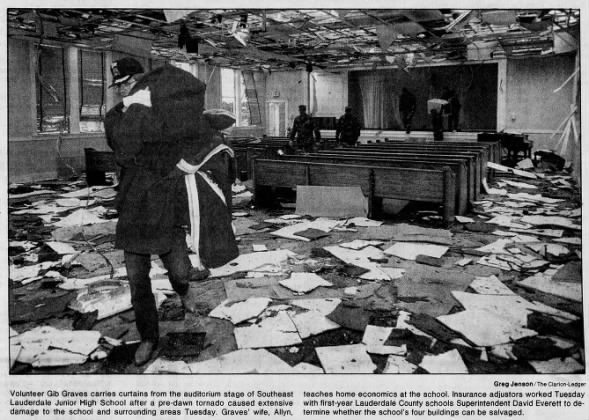 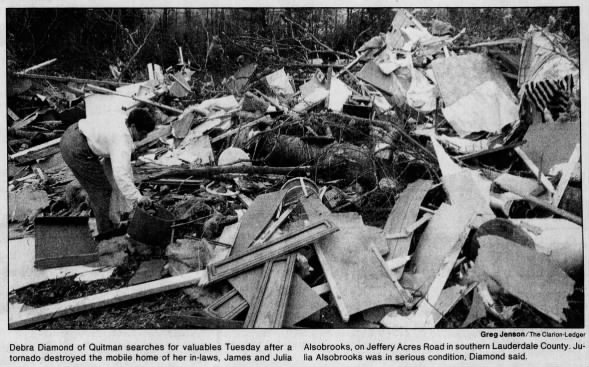 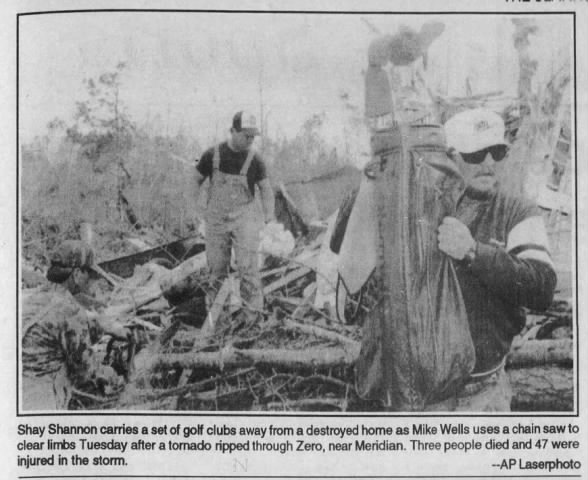 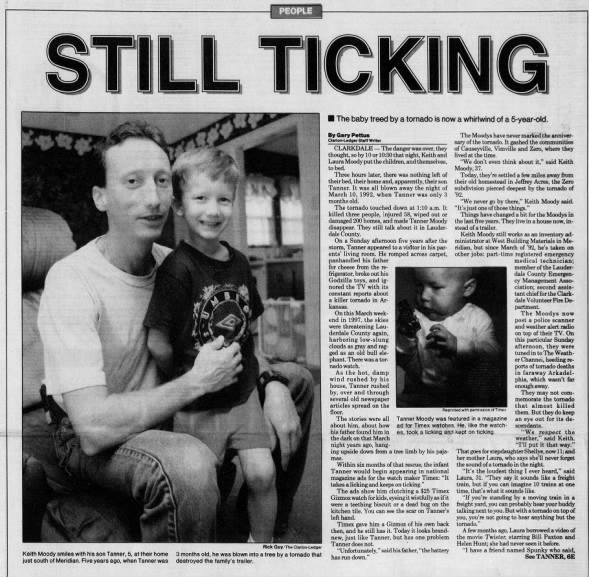 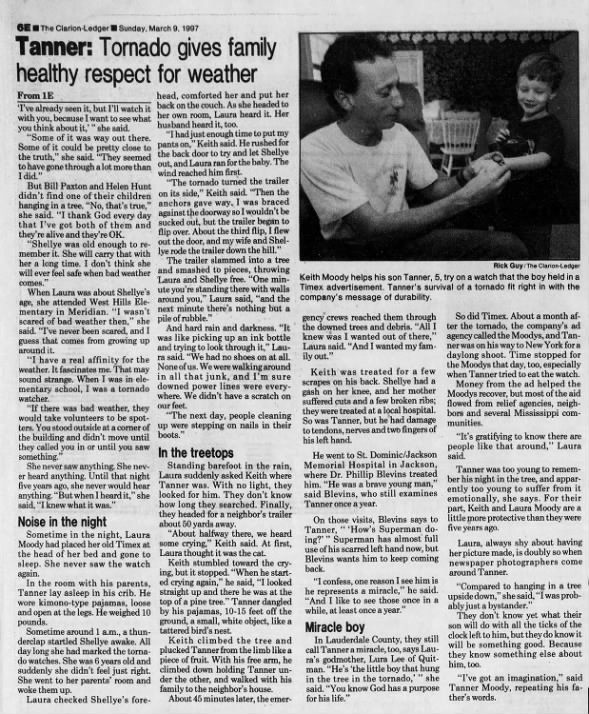 We gathered information for this event from the SPC & NCDC Databases, the March 1992 Storm Data Publication and Thomas Grazulis in Significant Tornadoes and found the following differences:

Something seemed off when I plotted the official SPC lat/lon. There were no communities in the path yet the summary submitted into Storm Data mentioned several communities:  Zero, Vimville and Alamucha.  I plotted those towns on the map and it seems the ending lat/lon is incorrect.  It is too far south.  The Storm Data summary states the path started “down along Highway 11, 1 mile south of Savory” – Savory is a typo, it should be Savoy.