Per the Storm Prediction Center, 7 tornadoes occurred on May 4, 1950.  The strongest was an F4 that tracked over 30 miles through parts of Pawnee and Barton Counties in KS.  The max width was 150 yards.  There were 30 injuries reported.

Per the May 1950 Climatological Data National Summary, 66 of 100 units were rendered unliveable at Barton Courts, Federal Housing Project,four miles west of Great Bend.  8 of 21 buildings were leveled to the ground.  Property damage was heaviest in SE Pawnee county.  The path passed near Ray.  11 houses were blown down at Zook.

Thomas Grazulis in Significant Tornadoes stated there was near-F5 damage to two homes at Zook. 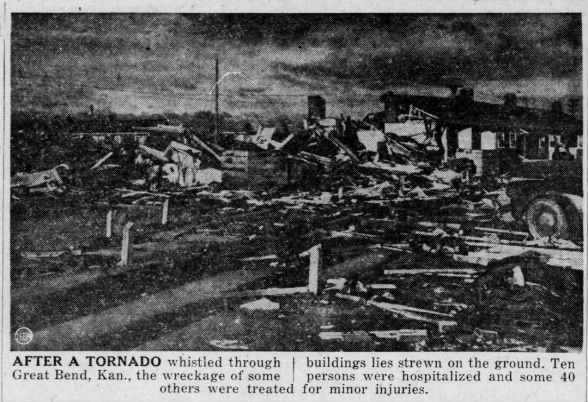 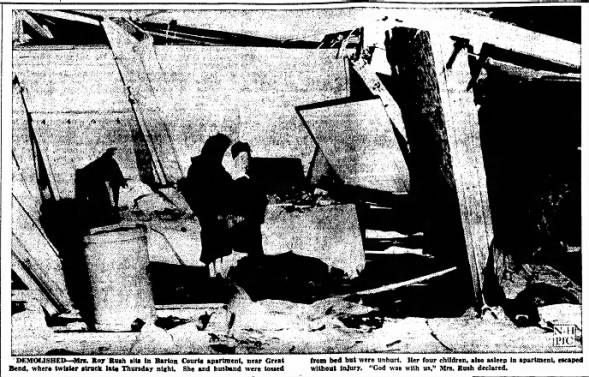 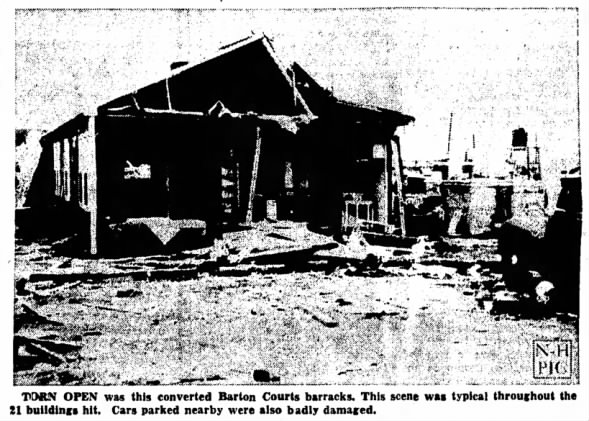 We gathered information for this event from the SPC & NCDC Databases, the May 1950 Climatological Data National Summary and Thomas Grazulis in Significant Tornadoes and found the following differences:

The counties are in the wrong order in the SPC and NCDC databases.  The tornado began in Pawnee County and went into Barton County where it dissipated.  These databases list the starting lat/lon in Barton County and end it in Pawnee.