During the early morning hours of July 5, 1978, a family of tornadoes moved through parts of Norman, Mahnomen, Polk and Clearwater Counties in Minnesota.  Officially, the SPC Database lists a rating of F2.  Thomas Grazulis though has a rating of F3.  It was a devastating event that covered 55-60 miles or more (there are discrepancies on the path length).  Four fatalities were reported and 40+ injuries.

The tornado crossed through the town of Gary at 156am CT (that is when the clocks stopped).  1/3 of the town was flattened.  Three people were killed in Gary.

Next to be hit was the town of Fosston.  One killed, 8 injured.  Numerous mobile homes, businesses and other buildings damaged.

First report of funnel cloud in Perley Area of Norman County near North Dakota border where trailer was demolished.  Moving southwest to northeast, tornado touched down at Gary where clocks were stopped at 1:56AM Central time.  One third of Gary flattened by tornado – 23 houses destroyed and 48 damaged.  10 mobile homes also destroyed, nursing home and school damaged and extensive damage to crops and trees.  Three killed and 35 injuries, 20 seriously.  80 people in 67 families left homeless.  Gary completely without power through Wednesday.

Tornado continued touched down a second time at Fosston, where it destroyed county barn, 15-20 mobile homes, damaged a number of business places, houses and buildings.  One killed, 9 hospitalized at Fosston.  Storm continued northeast to Clearbrook demolishing trailer houses and feeling many large trees.  Temporary power outage and at least 2 injured at Clearbrook.

During the 75 miles path of the tornado, extensive damage included flattened grain fields, and dozens of farm buildings including granaries, barns and machine sheds.  Many cattle killed and destruction to timber was extensive.  Several planes were destroyed and a new terminal building suffered heavy damage at the Norman County Airport near Twin Valley.  Several distinct paths in the area of Twin Valley suggest a family type of tornadic activity.  A twisting action to trees was indicated at the tornadoes path, and straight line and downburst damage to an additional width of 2 to 4 miles.  Also, a skipping of the tornado, with touchdowns mainly at Gary and Fosston. 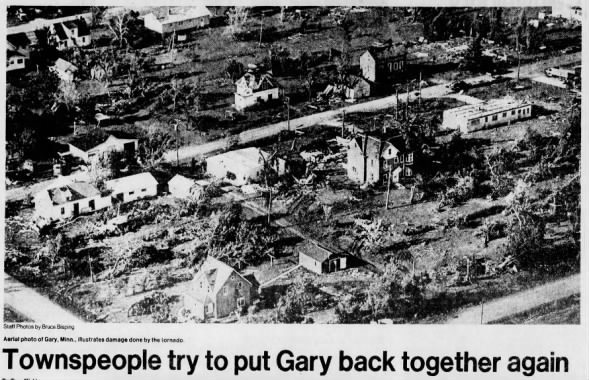 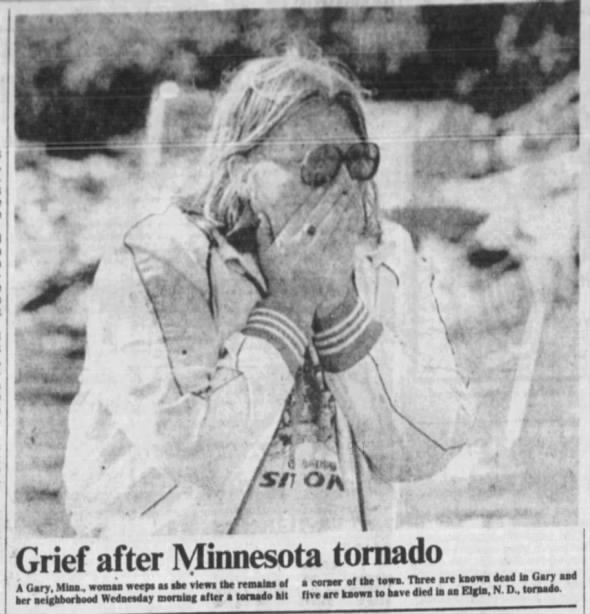 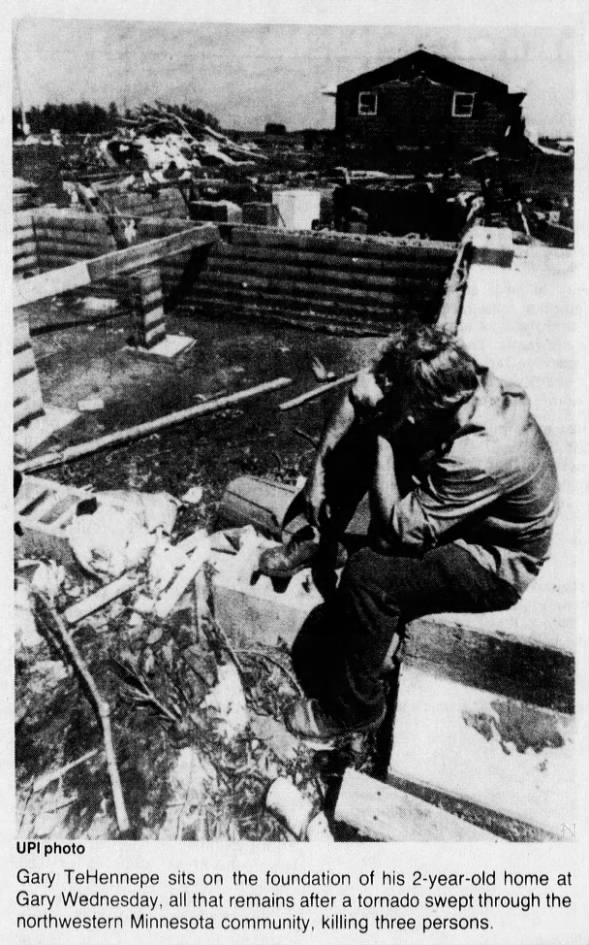 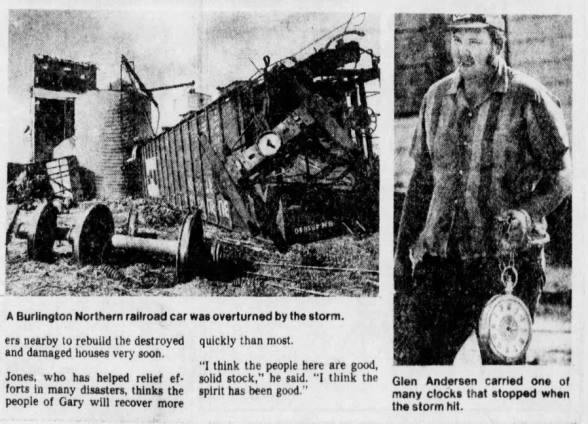 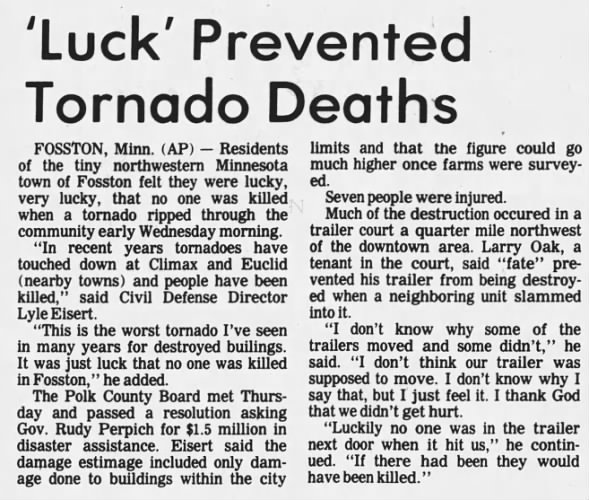 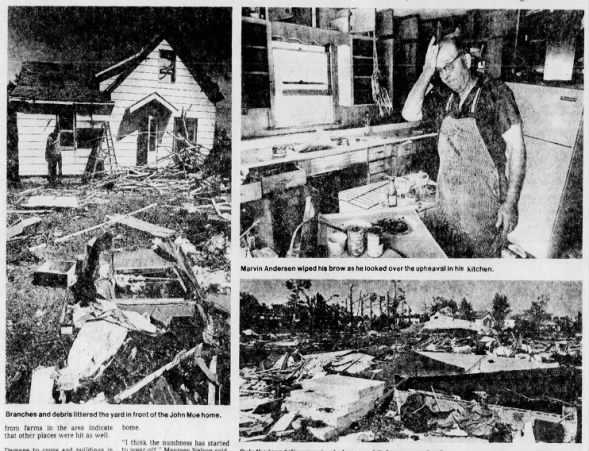 We gathered information for this event from the SPC & NCDC Databases, the July 1978 Storm Data Publication and Thomas Grazulis in Significant Tornadoes and found the following differences: