An outbreak of 86 tornadoes occurred on January 21, 1999. There were nine tornadoes rated F3 (all but one in Arkansas) and one F4 in Arkansas. This summary looks at one of the F3s.

This twister traveled eight miles in 11 minutes through parts of White County, AR. It developed one mile SW of Beebe. The tornado moved northeast through the town, causing tremendous damage. The new Beebe Junior High School on Center Street had significant damage, and the gym behind the school was destroyed. Damage occurred to the Beebe Fire Department and a church. Two pickup trucks were flipped upside-down on Hickory Street, and many old houses on Main Street were damaged/destroyed.

After hearing of the approaching severe weather, a girls basketball game was canceled at halftime, and the upcoming boys game was called off. The tornado damaged the high school gym a half-hour later. The building was empty.

The tornado left Beebe and moved toward McRae. Downed trees and building debris was found along Highway 367 between the two towns. In McRae, the old fire station lost a wall, and the new fire station was destroyed. Several mobile homes were overturned near that new fire station. The post office sustained heavy damage. All natural gas in town was shut off due to leaks. The tornado dissipated about 1 mile northeast of McRae.

There is a discrepancy in the injury count. The SPC entry lists 29 injuries from this event. Storm Data reported no injuries. There were two fatalities in Beebe: 2-month-old Kirk McAfee and Flo Tayler, age 50. 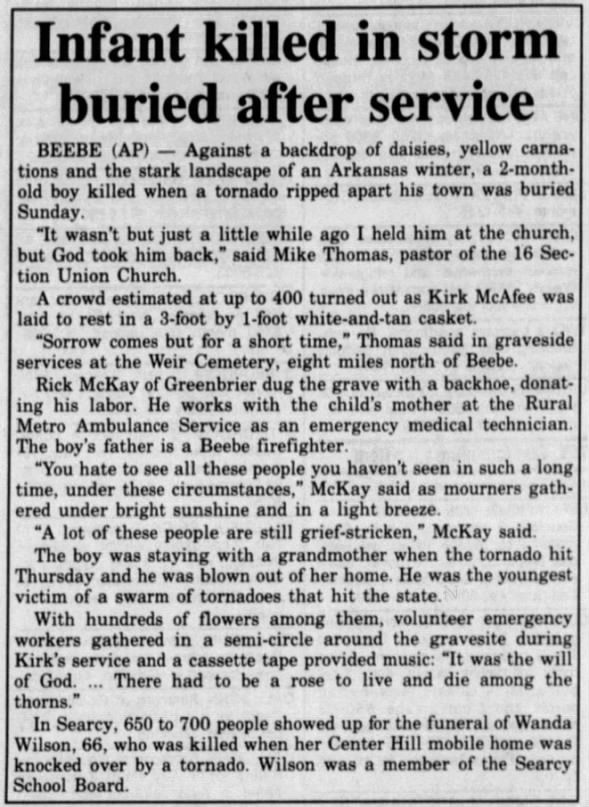 Radar and Damage Photos from the NWS Little Rock 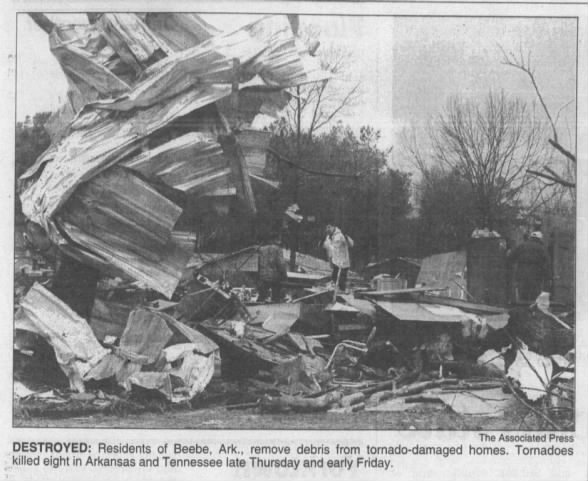 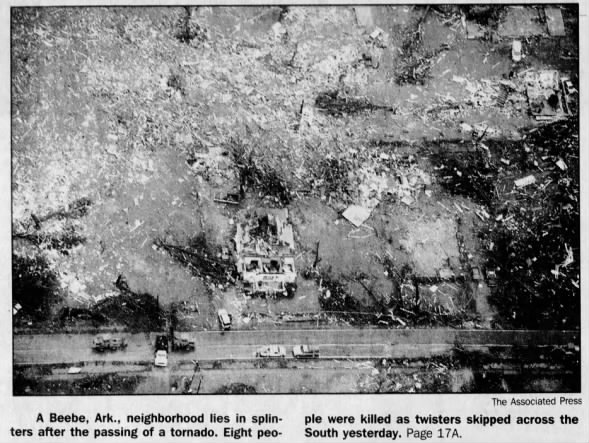 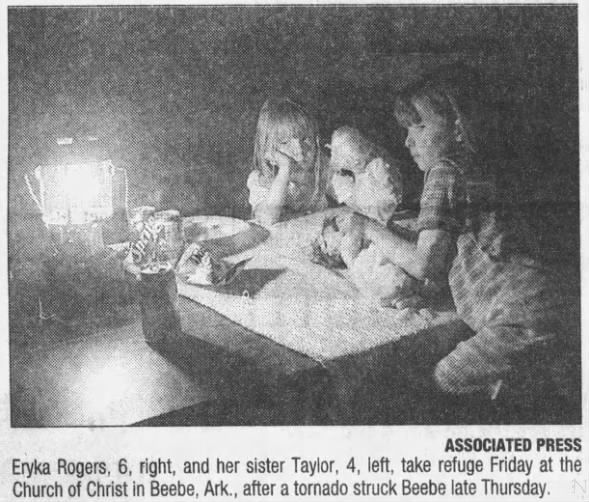 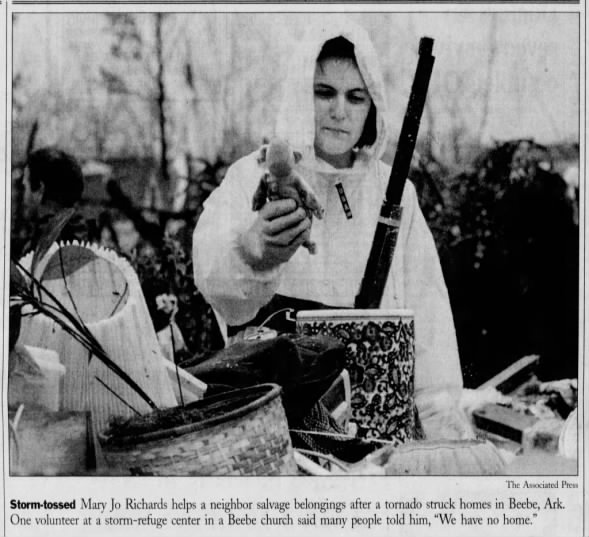 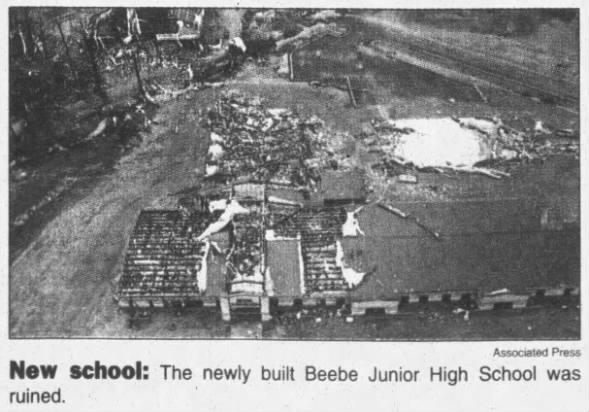 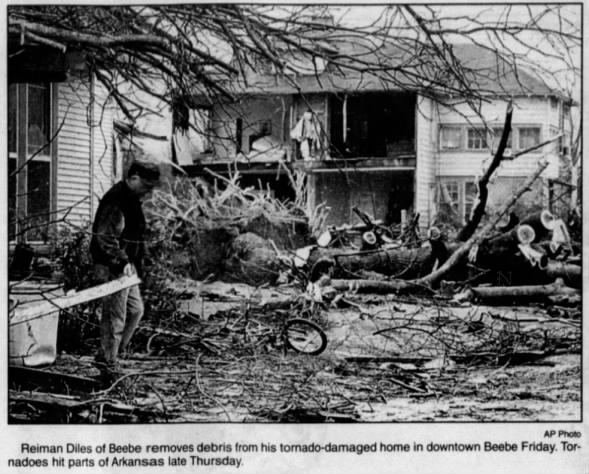 We gathered information for this event from the SPC & NCDC Databases and the January 1999 Storm Data Publication and found the following differences: