During the widespread tornado outbreak of November 21-23, 1992, 11 tornadoes traveled through parts of Georgia. Two were rated F4. We look at one of those destructive tornadoes in this summary.

The path length was 20 miles through parts of Cobb and Cherokee Counties in the northern Atlanta suburbs. The tornado occurred during the late morning time on Sunday, November 22. It began north of Powder Springs and moved northeast. The NWS Storm Data Narrative states that after the tornado moved northeast it actually jogged to the northwest for a bit before returning to a northeasterly direction. It hit the town of Kennesaw in Cobb County and just south of Woodstock in Cherokee County. Based on the damage path and testimony from eyewitnesses, there were occasionally two vortices.

325+ residences and businesses were damaged/destroyed in Kennesaw. Tractor-trailers were overturned on I-75. A church on GA Highway 92 in Cherokee County was hit while they were holding services. There were no injuries. At least 200 homes had some degree of damage in Cherokee County. Per the NWS survey, estimated damage costs were over $2 million dollars, with a large amount of the damage concentrated in an industrial park in Woodstock.  The tornado dissipated after hitting the Hickory Flats area. Several homes and businesses were damaged in this area.

There was a total of 46 injuries, 34 of which occurred in Cobb County. 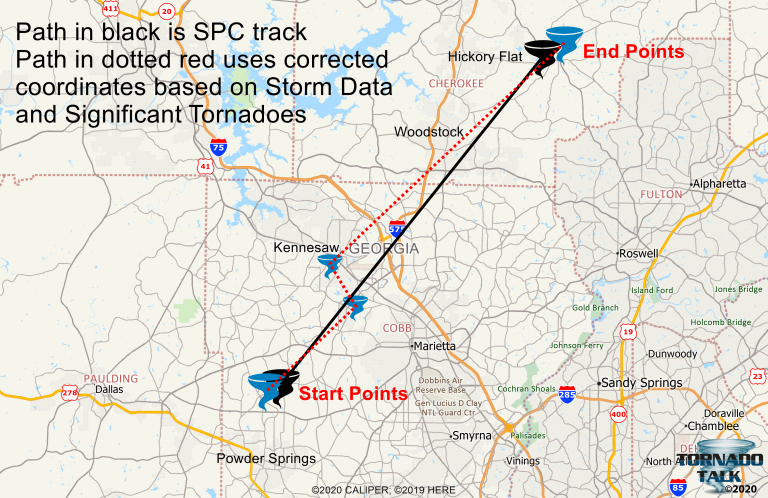 Corrected Coordinates based on Storm Data and Grazulis: 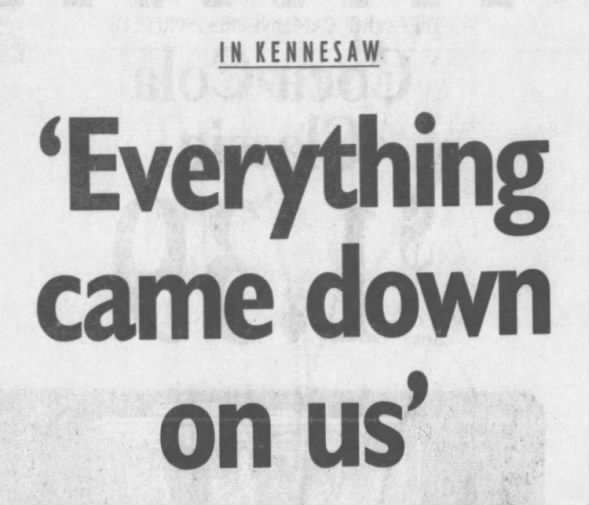 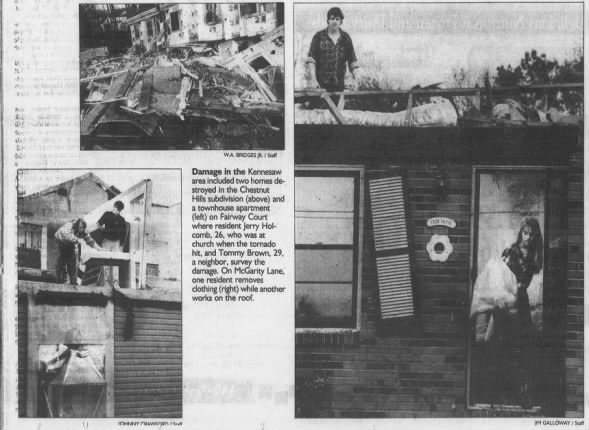 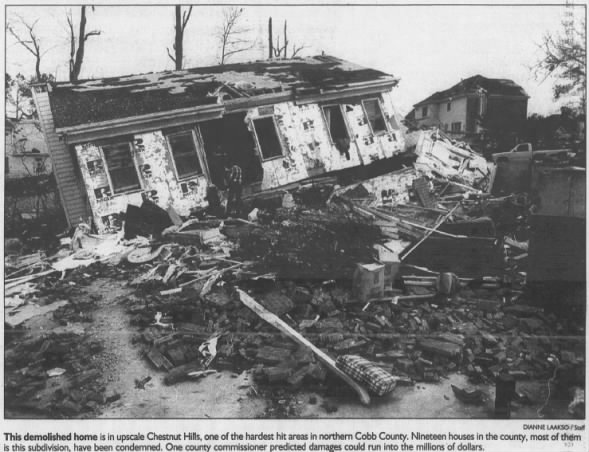 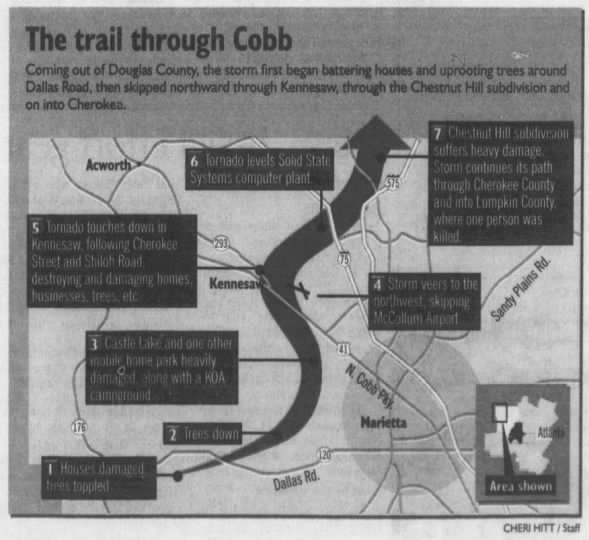 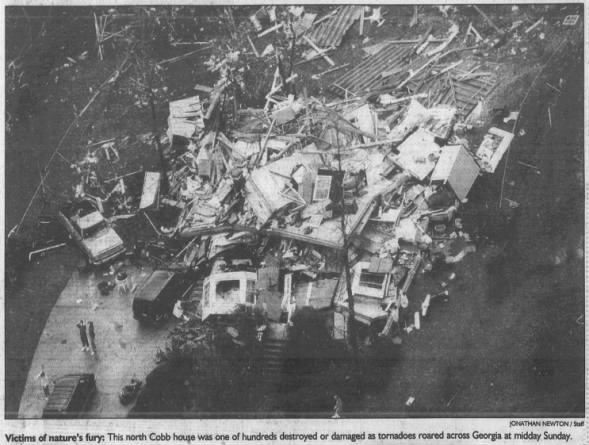 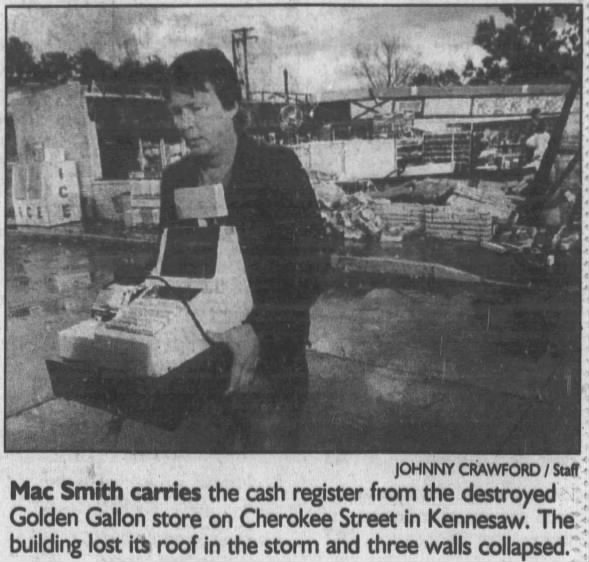 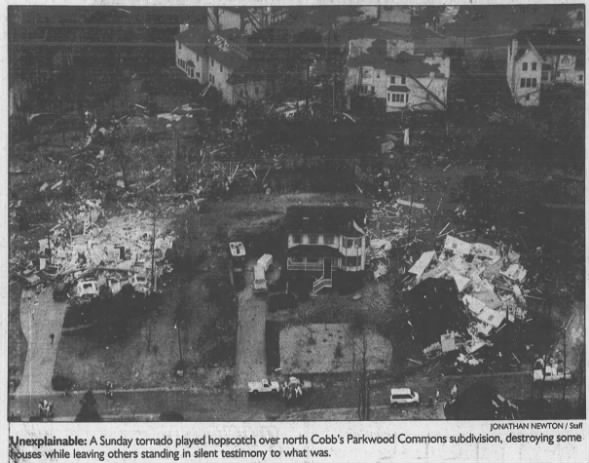 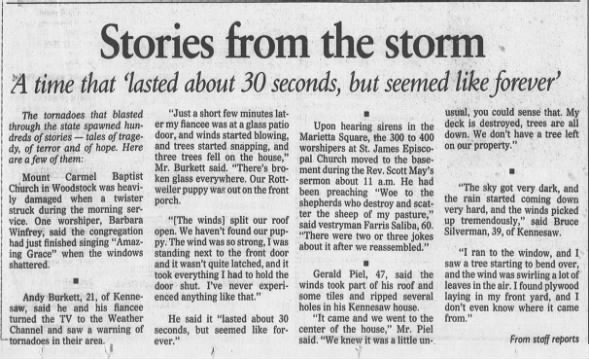 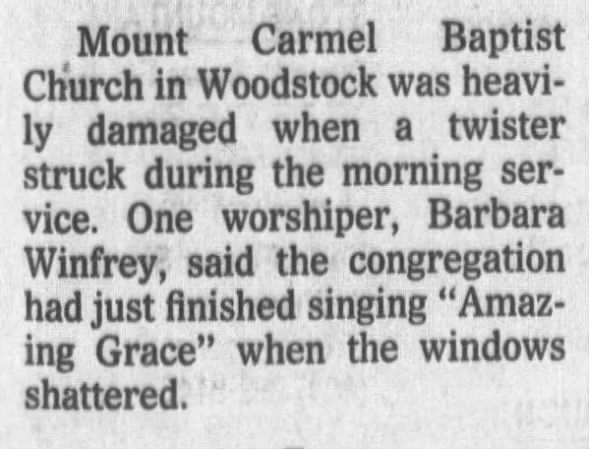