A long-track, killer tornado moved 68.04 miles through portions of Alabama and Georgia on this day in 2019. 23 were killed in Lee County, AL.  97 were injured along the tornado’s path.  This was the second-highest injury total in 2019.  The Dayton area tornado of May 27 caused 166 injuries.  A total of 40 tornadoes were confirmed, and the Beauregard/Smiths Station/Talbotton tornado was the strongest with a rating of EF4.  This was the first violent tornado to hit Lee County, AL, since March 20, 1875.  Per Thomas Grazulis in Significant Tornadoes, an estimated F4 hit the Opelika area. Seven were killed, and 20 were injured.

This significant tornado began near Rogers Road just north of US Highway 80 in far NE Macon County, AL.  Numerous pine trees were uprooted during its 2.75-mile trek through this county.  Per the NWS Birmingham, the damage was consistent with winds near 88 mph (EF1).  Strengthening was noted as the tornado was crossing into Lee County near Lee Road 812.

Peak intensity was reached in Lee County.  This occurred just south of the intersection of Lee County Road 36 and Lee County Road 39.  Max winds were estimated at 170 mph.  Here are some of the damage details from the NWS Birmingham survey:

This violent twister began to decrease in intensity as it paralleled Lee County Road 39.  Several manufactured homes were destroyed in this rural area, and debris was thrown from their original positions.  Metal frames from at least two homes were never found.  At least one high-tension power line tower was toppled north of Lee County Road 39.

Some weakening continued as the tornado tracked across Lee Road 38.  A large amount of debris was deposited in a forested area.  At Lee County Road 40 and Lee County Road 2049, the exterior walls and roof of a family home were removed.  Additional significant damage occurred to several manufactured homes.

This tornado made its approach to Smiths Station and crossed through the northern part of town.  Damage in this area was consistent with a rating of EF1/EF2.  Roof damage occurred to a restaurant.  There was billboard damage, and a cell tower collapsed.  Before crossing the Chattahoochee River into Georgia, the tornado caused roof damage to some houses near the river and downed a metal high-tension power line tower.

Now an EF1, this tornado crossed into Muscogee County, GA, in the Standing Boy Creek State Park.  Initial damage in the county was to softwood trees.  As the twister moved across US Highway 27, it intensified and caused EF3 damage.  A large cell tower was toppled, and approximately a dozen metal guidewires attached to the tower measuring over one inch in diameter were snapped.  The NWS Peachtree City estimated winds at 140 mph in this area.

Just west of Heiferhorn Creek, the tornado entered Harris County.  Most of the damage along the 12.83-mile trek through the county was to trees.  There were a few homes that had significant damage to their attics or top floor.  The damage was mainly in the EF2 range.

This significant twister continued into Talbot County, and it strengthened to an EF3 along Highway 315.  The Humble Zion Church was demolished with no walls left standing.  It was constructed of cinder blocks and mortar.  The tornado moved across the northern part of Talbotton.  Along the main north-south road through town, a few manufactured homes were completely turned over.  Debris from the homes was thrown over a quarter of a mile.  Two apartment buildings collapsed.  Several cars were blown several feet from where they were parked, and one sedan was rolled up onto the top of a small pick-up truck.  Seven injuries were reported in the Talbotton area.  The tornado finally ended just east of the intersection of George Smith Road and Carl Mathis Road in Talbot County.

23 people were killed as a result of this destructive tornado, all in Lee County, AL.  The victims ranged in age from 6 years old to 89 years old.  A family of three and a family of four perished.  Here is a list of the names of the victims from the Montgomery Advertiser.

The large number of fatalities associated with this tornado led to an analysis by the Structural Extreme Event Reconnaissance Network (StEER).  They noted that 19 of the 23 fatalities occurred in manufactured homes.  From their executive summary:

“1. Lack of proper anchorage in both older site-built homes, and manufactured homes of all ages, appears to be a key contributor to the enhanced fatality rates observed in the EF4 Beauregard/Smith Station tornado.”

“2. Significant material degradation due to corrosion and other natural processes is frequently being observed in the lateral and vertical wind load paths of manufactured homes.”

“3. Newer site-built homes and engineered buildings provided adequate life-safety protection, even in the EF4 tornado, despite damage to the building structural system. In contrast, new manufactured homes were not able to protect life safety, due in large part to a lack of sufficient anchorage.”

“StEER recommends further investigation into the unique aspects of the tornado vulnerability of rural communities, particularly for mobile and manufactured homes. Careful reconsideration should also be given to current codes and regulations which fail to protect life safety in the strongest tornadoes and property damage in EF2 and lower tornadoes.” 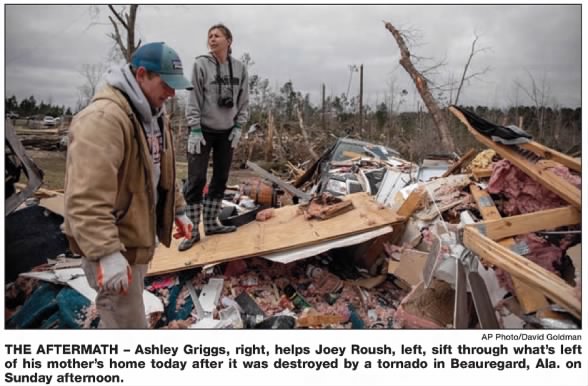 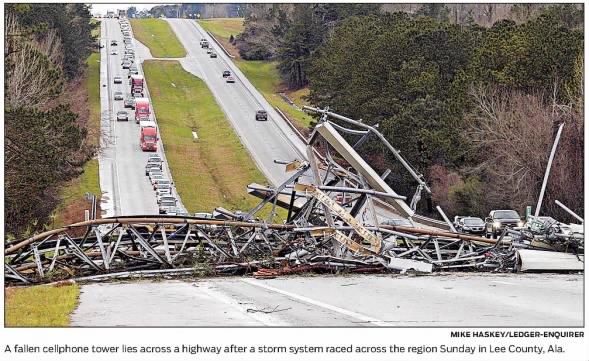 StEER Assessment of the Tornado Event