Hurricane Carla continued to produced tornadoes in Coastal Texas during the wee hours of the morning of September 12, 1961.  We look at two that moved through Galveston, TX.

The first developed at 315am CT.  The path length was only 1 mile.  Per the Storm Data Narrative it traveled between 19th and 25th streets.  Per Thomas Grazulis in Significant Tornadoes, this tornado began as a waterspout over the Gulf and then came inland.  It “was probably the most intense tornado ever to hit Galveston.”  Eight people were killed.  Grazulis mentions that the death toll could have been much higher but many had evacuated because of Carla.  60-75 buildings were destroyed.  There is a discrepancy in the injury count.  There are 200 injuries recorded in the SPC Database.  55 injuries are recorded in the Storm Data Narrative and by Grazulis.

Tornado #2 formed at 6am, traveled a short length (2 miles) and destroyed 6 homes.  There were no injuries or fatalities from this second tornado.  It is recorded as an F3 in the SPC database.  Grazulis lists a rating of F2. 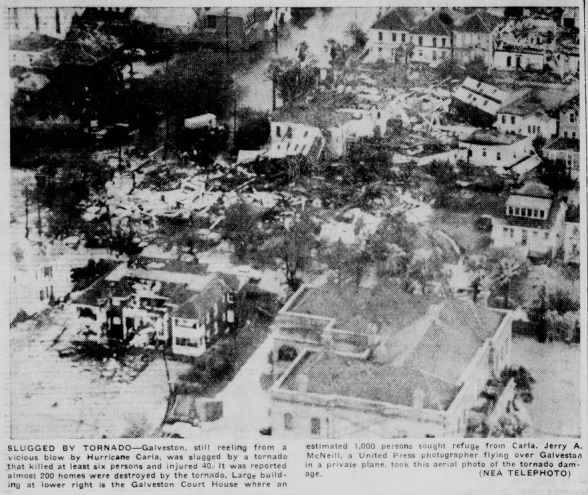 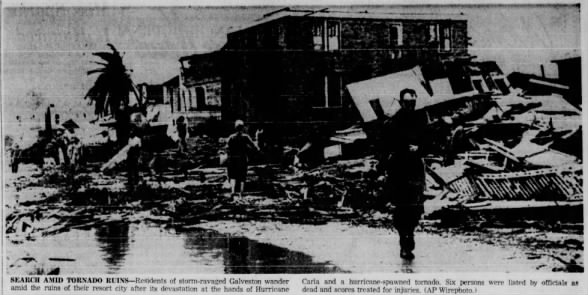 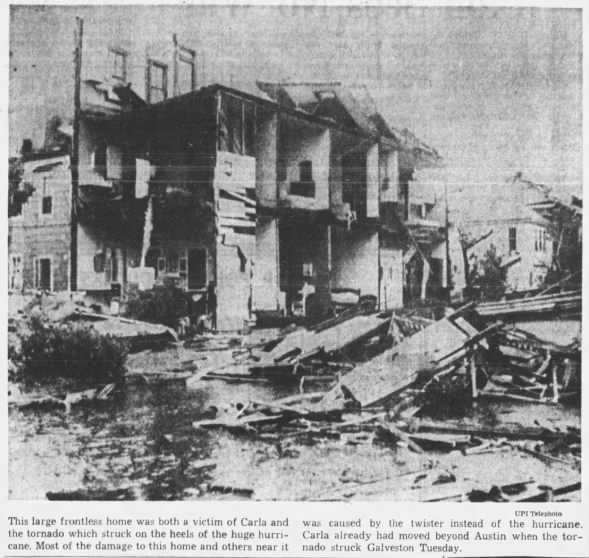 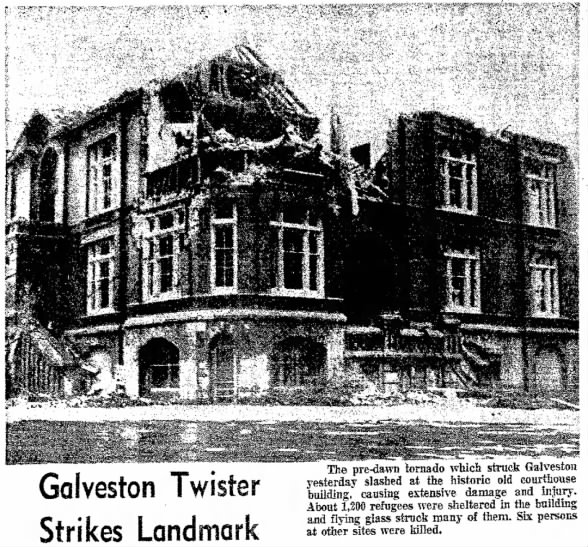 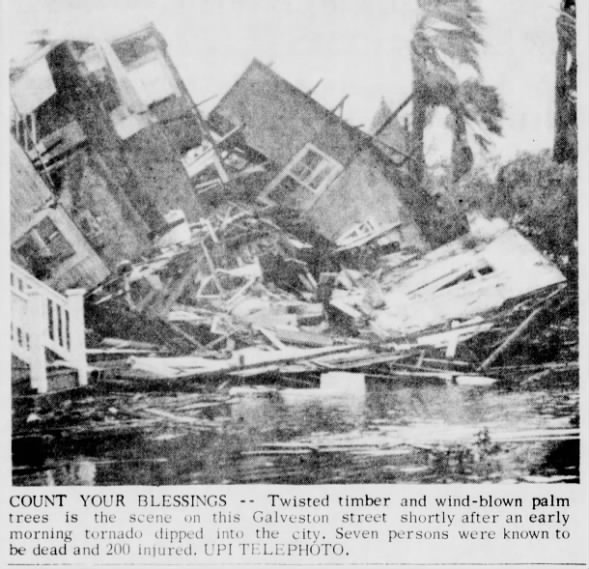 We gathered information for this event from the SPC & NCDC Databases, the September 1961 Storm Data Narrative and Thomas Grazulis in Significant Tornadoes and found the following differences: