On November 27, 1994, 18 tornadoes were confirmed across parts of the South. Four were given an F3 rating. In this summary, we look at one of those F3s. It had a long track of 40 miles through parts of Simpson, Smith and Jasper Counties in Mississippi.

This tornado began just NW of Magee. The most intense, F3 damage was found across the northern part of town. 40-50 houses/mobile homes had major damage. Estella Snell and her 2-year-old son, Billy, were killed when a tree fell into their mobile home. 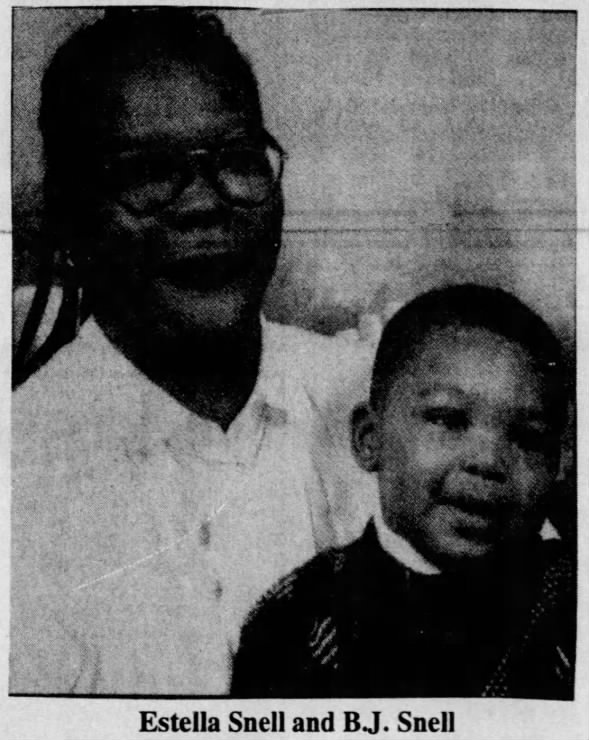 Through Smith County, most of the damage was to trees and power lines. Several chicken houses were destroyed in Jasper County.  Per Storm Data, the damage within these two counties were F0/F1. 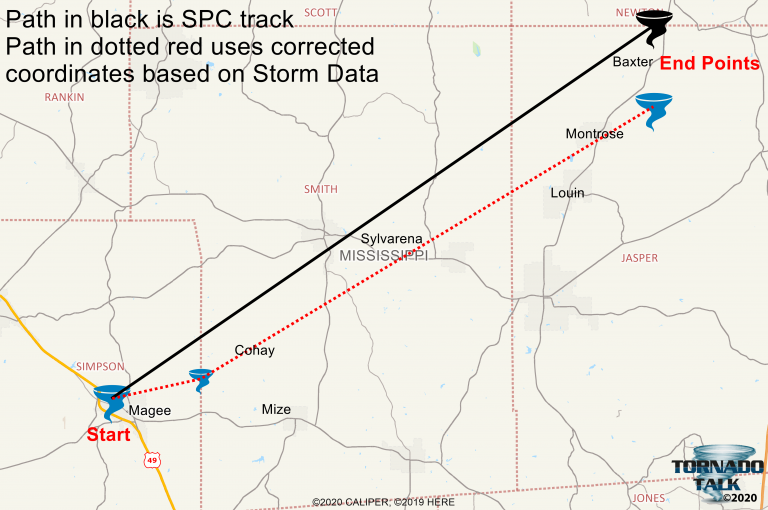 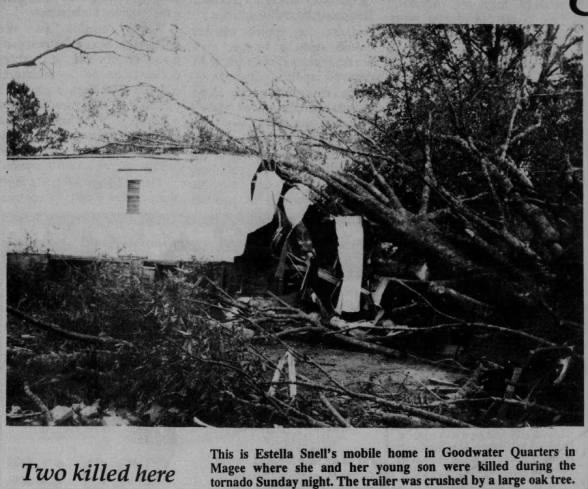 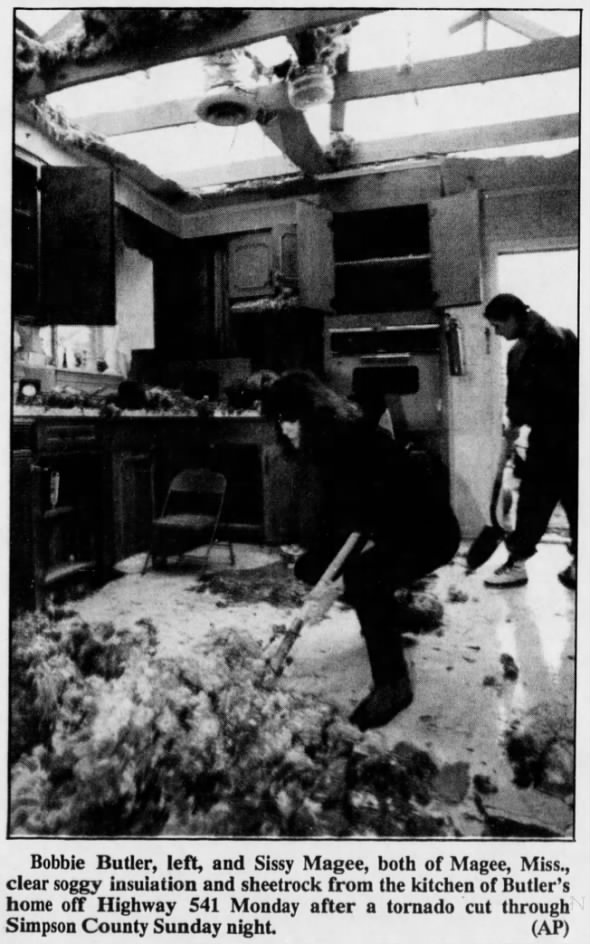 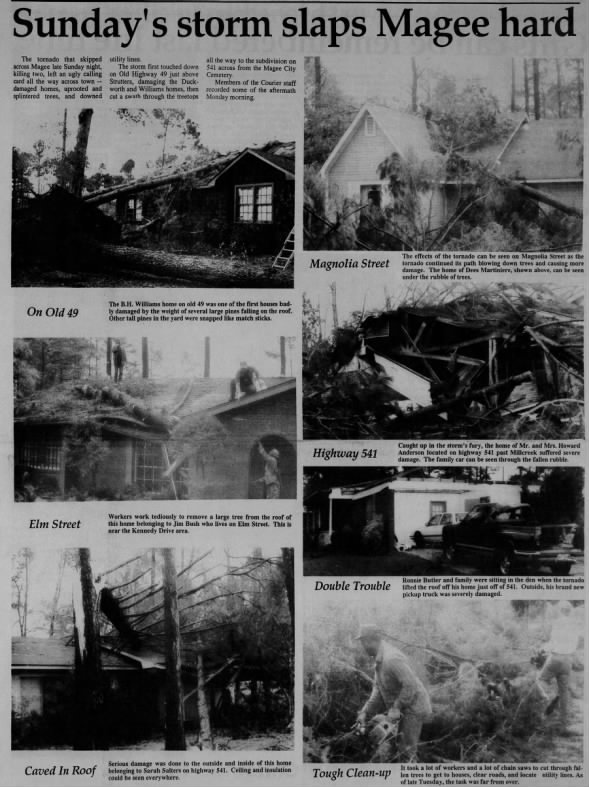