A devastating F3 tornado tore through parts of McClain, Cleveland and Oklahoma counties in Oklahoma during the evening of November 19, 1973. The twister developed about a mile SSW of Blanchard and moved through the western portions of town. 31 homes, two businesses, and two churches were destroyed. Spotty light damage was found NE of Blanchard.

The tornado then moved toward Moore hitting the Royal Park Trailer Park on the south side of town. 37 mobile homes were destroyed here. On some trailers, only the frame of the floor and the wheels remained. There was substantial damage at a warehouse at SE 89th Street.

Minor roof damage occurred in southeast Oklahoma City and into Del City.  Per the NWS, “minor damage 1 ¾ miles west and 1 mile north of Alex (17 miles south-southwest of Blanchard) in Grady County may have been associated with this tornado also.” This is just speculation from the NWS and is not reflected in the SPC database.

Tragically, five were killed including three infants.  At Blanchard, Linda Hill and her 3-month-old son Neal died when the tornado hit their mobile home. In Moore, a 4-month-old boy and a girl of the same age, died when the tornado hit the trailer park. Their names were Robbie Maynard and Jennifer Moore. Mr. Ray Saunders, a security guard was killed at the warehouse on SE 89th Street. A concrete block wall collapsed on top of him.

As I searched the newspapers for details on this event, the following tragic photo appeared several times. A distraught Oklahoma highway patrolman carrying the body of Robbie Maynard. He was lying in a mud puddle beside a street in Moore. Heartbreaking. 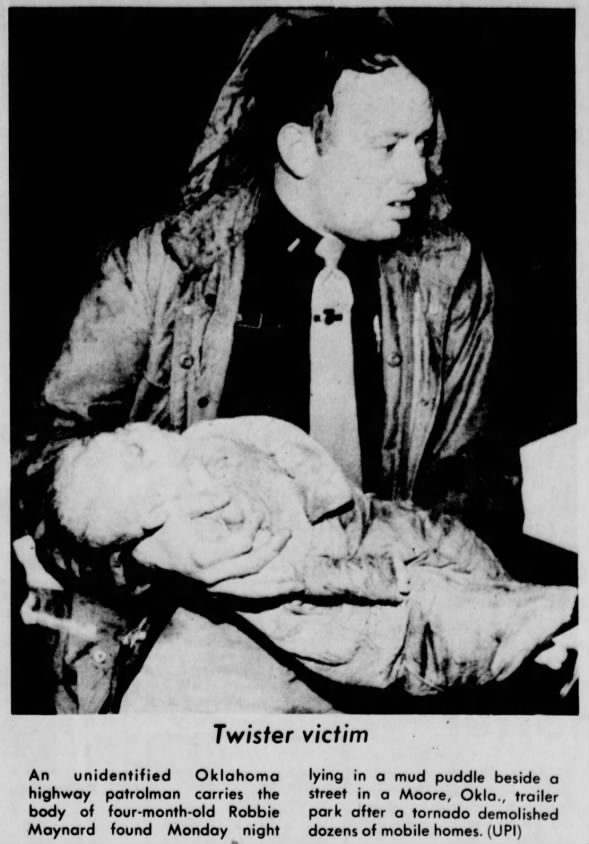 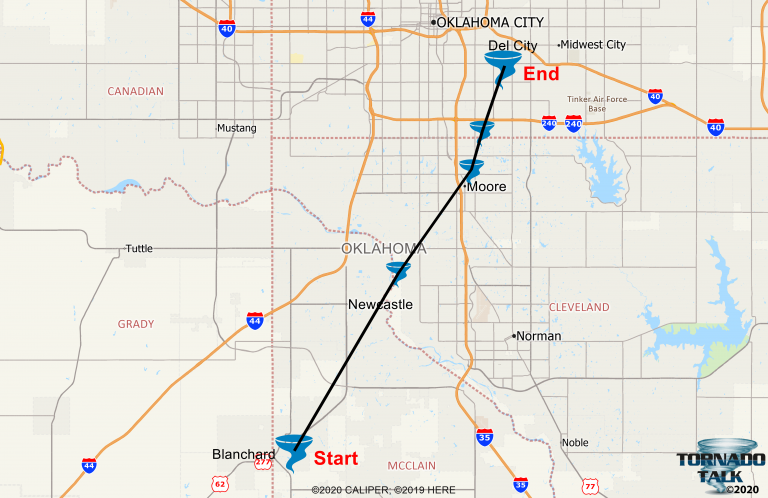 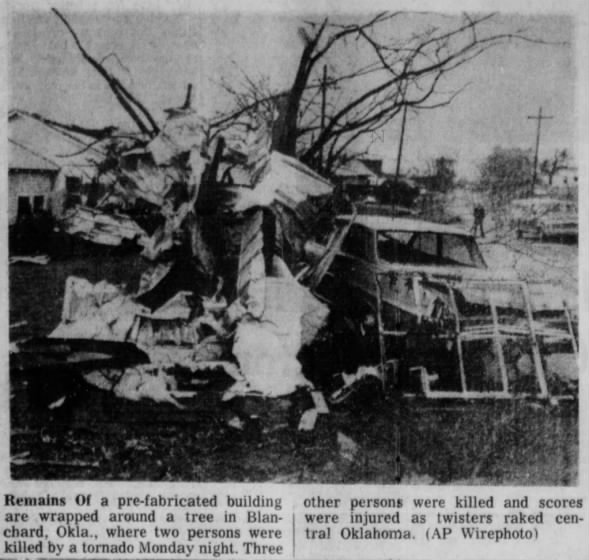 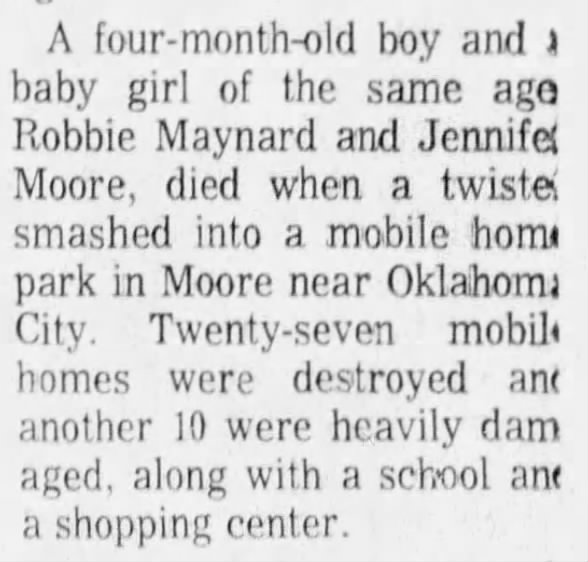 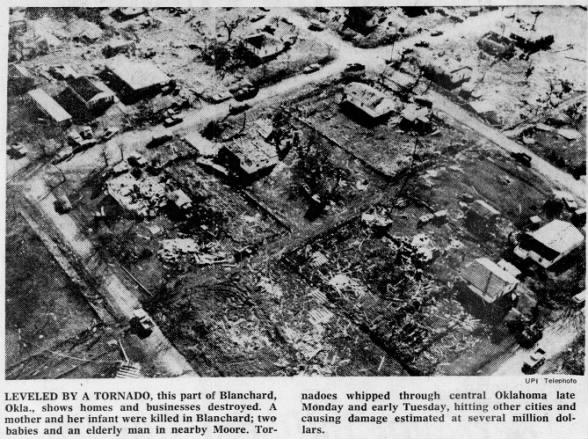 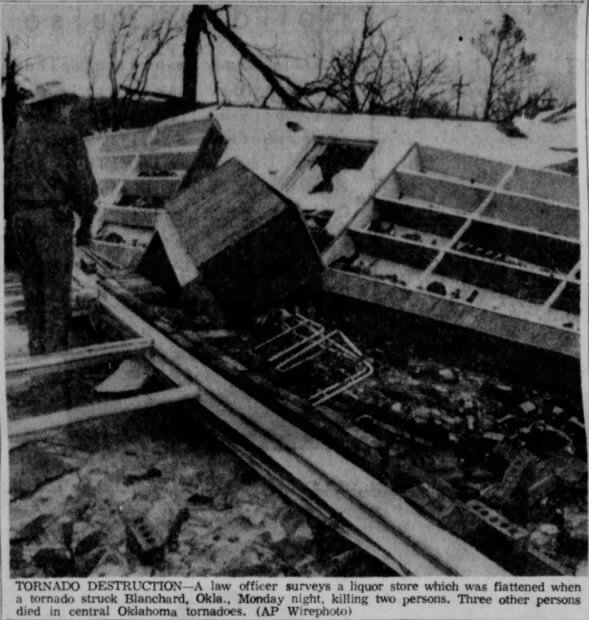 We gathered information for this event from the SPC & NCDC Databases, the November 1973 Storm Data Publication and Thomas Grazulis in Significant Tornadoes and found the following differences: