A significant tornado crossed through parts of Cuming and Burt Counties in Nebraska on July 15, 1950.  This is the only tornado recorded in the SPC database for this date.  Note:  Several newspapers reported there was another tornado on this day of “less intensity” near Cordova, 90 miles southwest of Omaha.

The SPC only lists Burt County in the path of this tornado. The Climatological Data National Summary (CDNS) though does state the tornado developed in the far SE portions of Cuming County and when you plot the path based on the SPC coordinates (see below), Cuming County should be included.

When you plot the SPC coordinates, it shows a SE moving track.  CDNS though mentions the tornado moved due east.  So there is a discrepancy there.  Newspaper reports denote damage in northeastern Dodge County near Uehling.  That would indicate perhaps a SE track.  It is our conclusion that the exact track of this tornado is not known and perhaps Dodge County should be included in the damage path.

Per CDNS, the tornado moved due east for 10 miles.  Per Thomas Grazulis, four farm homes were destroyed, 26 other ones were damaged.  40 cattled and 100 hogs were killed.  Cars and trucks were carried several hundred feet.

There is a huge discrepancy in the injury count.  SPC and NCDC list 33 injuries.  CDNS and Grazulis have 3 injuries.  The highest injury total I saw in newspaper articles was 6.

The SPC Coordinates are off especially the end point.  Per CDNS, the path was due east and ended near Craig.  The ending latitude and longitude is too far south. 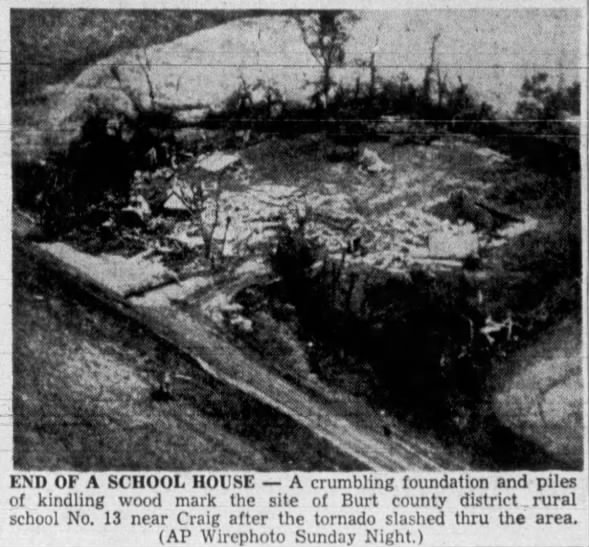 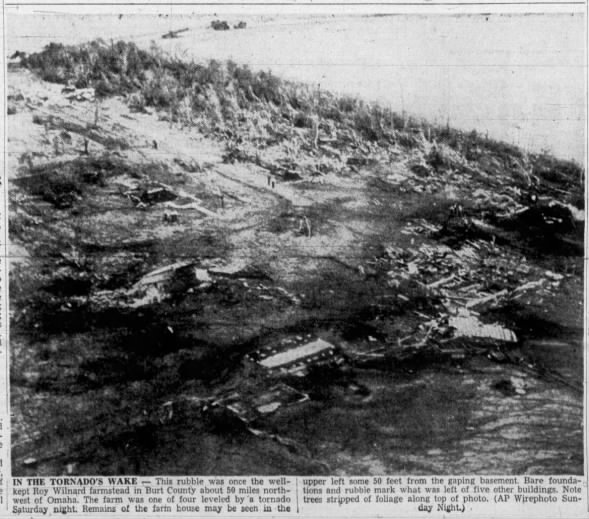 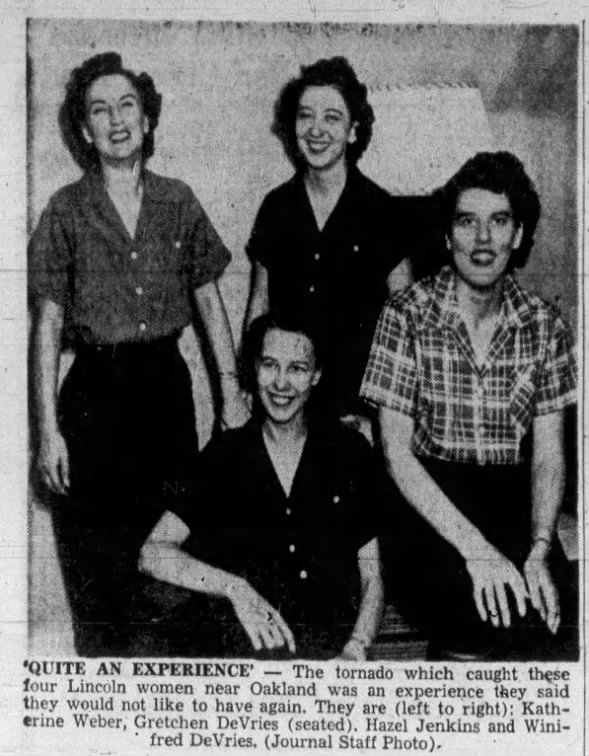 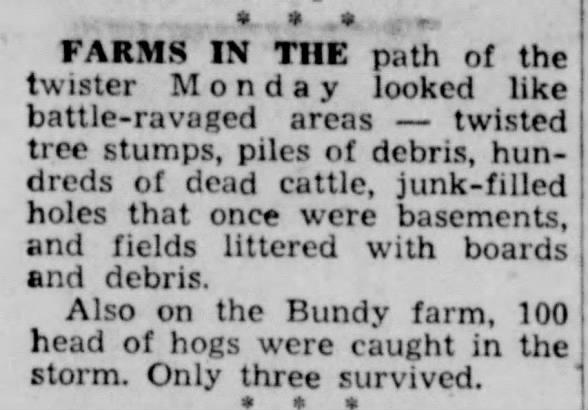 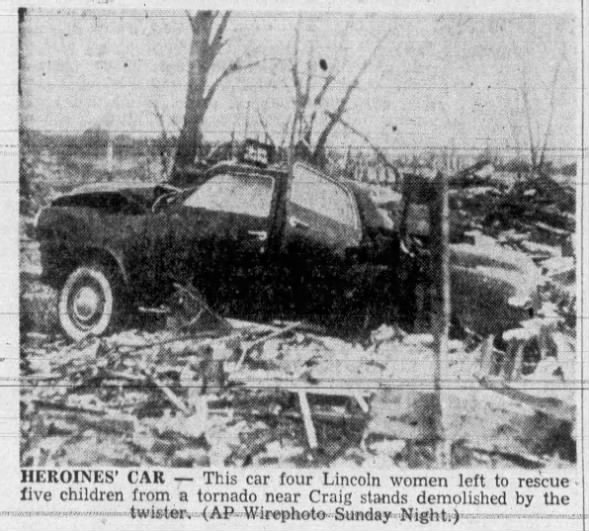 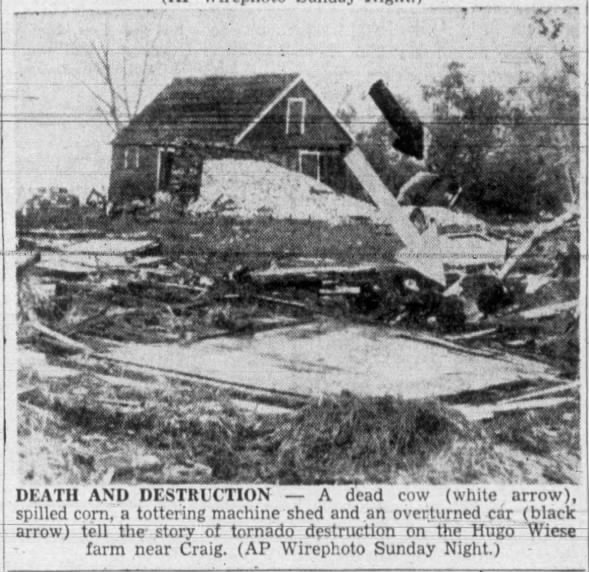 We gathered information for this event from the SPC & NCDC Databases, the July 1950 Climatological Data National Summary and Thomas Grazulis in Significant Tornadoes and found the following differences: