Eight tornadoes pressed through parts of Illinois, Indiana and Ohio on July 28, 1961. Two of those tornadoes were given a rating F3.  The topic of this summary is on the F3 that quickly hit Sidney, OH.  The path length was only 1/2 mile.  It struck the Stewart subdivision in the SW edge of town.  10 homes were destroyed, 7 damaged.  The tornado skipped to the downtown area causing damage to several buildings.  The Sidney Machine Tool Company plant sustained heavy damage.

Per Thomas Grazulis in Significant Tornadoes, most of the leveled homes were prefabricated homes.  Some were unroofed and others had walls blown out. 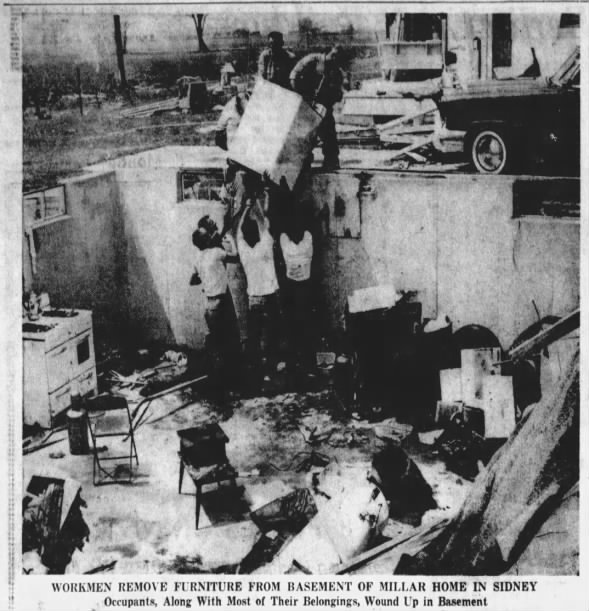 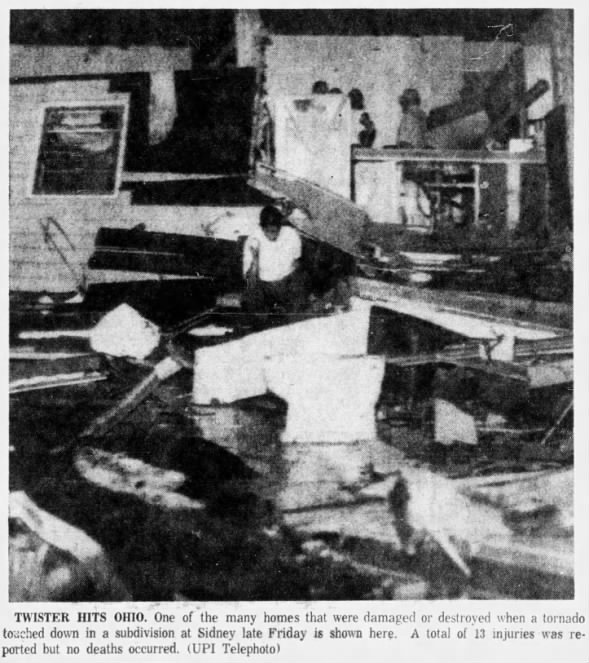 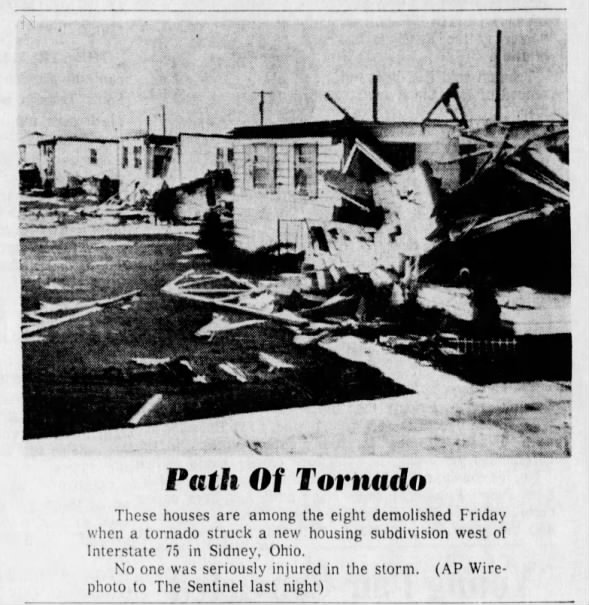 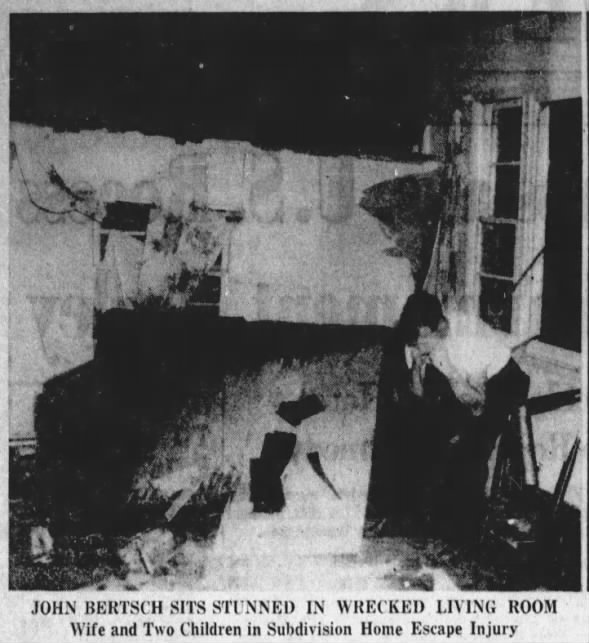 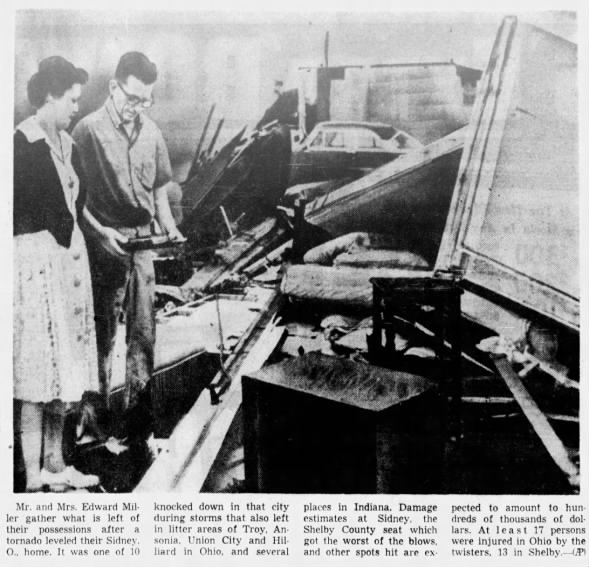